A Study In Jewish Faces 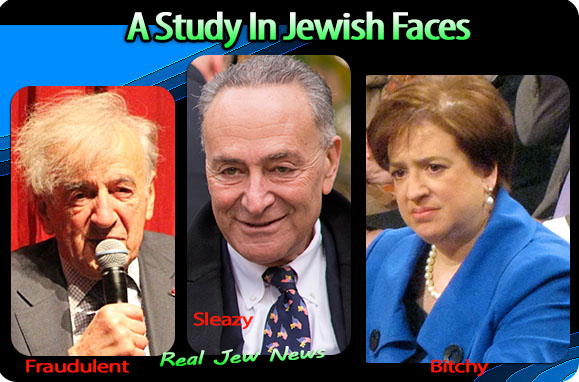 A Study In Jewish Faces
By Brother Nathanael Kapner November 9, 2014 © 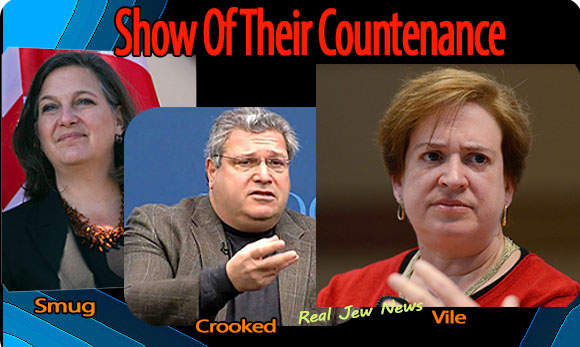 THE SHOW OF THEIR COUNTENANCE doth witness against them,” said the prophet Isaiah with regard to obdurate Jews.


“Thou hast a whore’s forehead,” added the prophet Jeremiah when reproving the Jews for their insolence.

Such is the inescapable lot of ’stiff-necked’ Jews throughout the centuries whose internal accursedness due to their rejection of Christ manifests itself in their appearance and air. 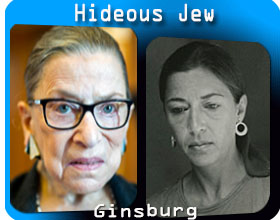 A notable example is the countenance of Ruth Bader Ginsburg of the Supreme Court.

When in her 40s, Ginsburg, though faintly attractive, bore the marks of discontent and obstinacy with an agenda forming resulting in a war on Christian morality in promoting the perverse sexual practice of homosexuality.

Today, any vestige of former attractiveness has been transformed into a hideousness that revolts the eye and turns the stomach. 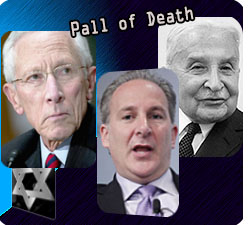 Many famed Jews display a feature that escapes the casual observer. But those with keener eyes perceive subtleties missed by duller sorts.

Given the secular orientation of most Jews and their abandonment of things of the Spirit, one can detect in the faces of popular Jewish figures an appearance that displays a mark of Godlessness.

Such is the look, even a pall of Deathliness, that spreads over the faces of several celebrated Jewish economists and hucksters.

And what can be said of Jewish lesbians and homosexuals? 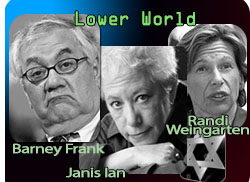 Not only is any vestige of grace and adornment found in their faces, but rather a sickliness, seediness, and deep-seated ill-health.

Such is the combination of a Christ-denying temper coupled with a perverted sexual lifestyle.

Woe unto those Jews who defy Christ both in stance and practice! A certain foretaste of the lower world spreads over their faces.

WHEN THE JEWS demanded of Pontius Pilate, “Crucify Him! His blood be upon us and upon our children!” they passed on to posterity the “Deicidal Curse”—the imprecation of “blood guilt” for murdering the Eternal Son of God.

The sin of Deicide is not committed with impunity and its characteristic marks are imprinted on its perpetrators.

For More See: Racial Traits Of The Jews Click Here

And: Jewish Eugenics And The Master Race Click Here

And: The Alien Atmosphere Of The Jew Click Here