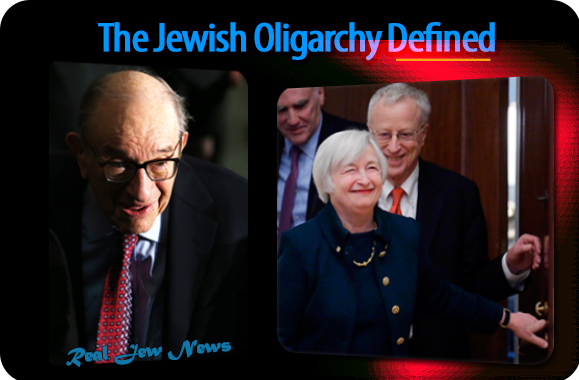 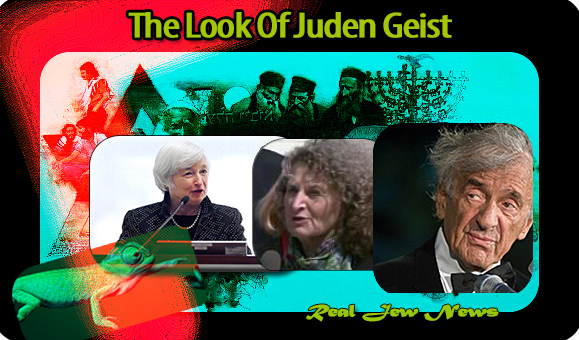 THE RULING CLASS of America is nothing less than a religious oligarchy whose belief system is rooted in a credo of political control.


Although the dominant clique of Jews who rule over domestic and foreign policy in America is stamped with a secular colour and direction, its trajectory is essentially that of Juden geist, that is, of a Jewish spirit.

How can Juden geist be defined? Is there a particular character of the Jewish spirit?

In searching for an apt definition, one should begin with St John of the Apocalypse who identifies the Jewish spirit with the denial of the incarnation of the divine.

“Every spirit that confesseth not that Jesus Christ is come in the flesh is of the spirit of anti-Christ,” St John wrote in his first epistle.

St John was signaling out the Jews who rejected the Messiahship of Jesus due to their obdurate refusal to acknowledge Him as God.

The Jewish denial of the incarnation of the divine results in a focus on crass materialism where things of the world divorced from spiritual hopes of the world to come prevails.

And when St John wrote, “Who is a liar but he that denieth that Jesus is the Christ?” he aptly identified Jews as liars due to their penchant for presenting falsehood as truth.

This is a momentous indictment of Jewry, especially of those who wield power in America, since “falsehood” is often clothed with a seeming truthfulness. “By way of deception, thou shalt do war,” is the Mossad’s motto for covert operations throughout the world. 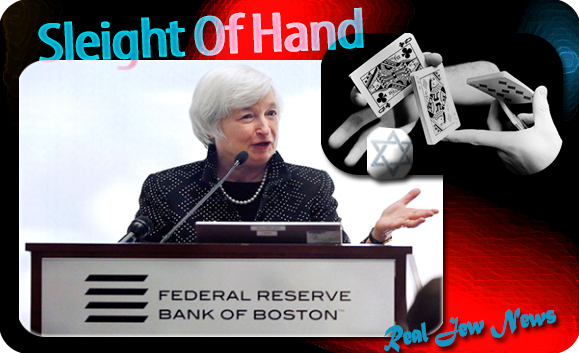 THE ART OF DECEPTION is the knack for propagating belief of things that aren’t true.

But the art of “Jewish” deception is making others believe that you’re on the side of truth when in reality you’re a perpetrator of what you’re pretending to decry.

Janet Yellen, a Jew, provides a typical example of this species of Jewish deception.

This past Friday, Yellen told a group that provides employment services in Boston that she was “greatly concerned” about rising inequality where ever-widening wealth gains for those at the very top stand in sharp contrast with stagnant living standards for the majority.

The deception is obvious to all keen observers of Jewish artifices.

Aha! The Jew is essentially a chameleon which changes colours so as to mimic its surroundings as a means of survival.

She censures “inequality” while she and her Jewish husband, George Akerlof, enjoy the good life of those at the very top.

If the Jews are our misfortune then surely Juden geist brings that misfortune into the realm of make believe where the Goyim worship the feet of their deceivers.

And: The Alien Climate Of The Jew Click Here