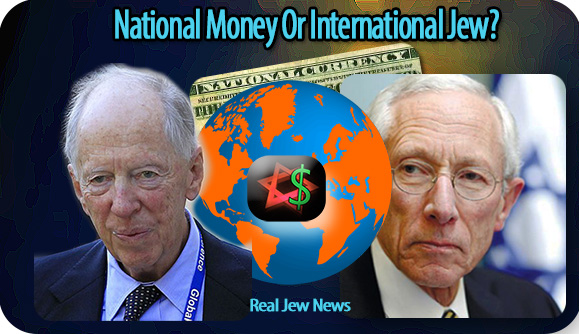 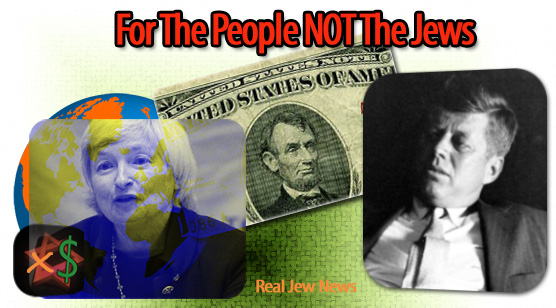 YOU CAN HATE what the government does but you can’t hate what government is.


Any time you look at “power” one must see the organization behind it. Laws, leadership, policy are all aimed at shaping a national culture and consensus.

The purpose of government is to create a beneficial culture for the nation.

If you’re lacking this strength of deciding what is beneficial for the nation then you won’t even be able to protect your babies, you might as well throw them to the wolves.

Bashing the state, as the Jewish Austrian School does, serves the Jews. It breaks down the power of the nation to protect its own benefit.

It leaves the nation vulnerable and weak against the predatory goal of the International Jew who is growing the global Jewish police state.

A fundamental power of any nation is the ability to issue its own money. This is why the Constitution affirms this power. 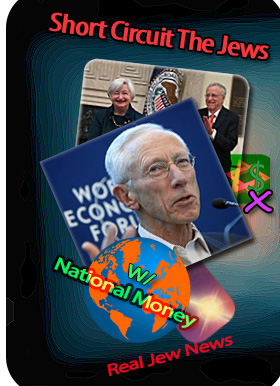 This ability has been usurped by the global Jewish financial cartel with its control of the central banks throughout the Western world.

This international network of Jewish central bank control reaches all the way to America with the Federal Reserve Bank, the biggest player of the Jewish cartel.

Everybody knows that you have to be a Jew to run the Fed. They work for and with their fellow Jews who own the Fed, that is, the Rothschild Group, Goldman Sachs, and JP Morgan Chase.

Not only do we need to end the Fed we need to reaffirm the Constitutional mandate for our government to issue its own money.

This is the purpose of the “National Monetary Reform Convention” I’m calling for. (My next Video will give some specifics.)

The litmus test of who can be invited as voters at the Convention is whether they’re nationalists or internationalists.

If they support the Constitutional right for the government to issue its own money they’re invited and can vote.

If they oppose the Constitutional power of the American government to issue its own currency then they’re not part of the purpose of the Convention and not qualified to participate.

There are many ideas about what currency system should replace the Fed. Some promote privately-issued money like Bitcoin.

Supporters of privately-issued currency are welcome to the Convention.

But if you cross the line and rule out government-issued currency then you’re not eligible to participate. You’re simply a tool of the Jews.

And we want nothing to do with Jews and their shills.