Yats The Yid Coming To Jewmerica 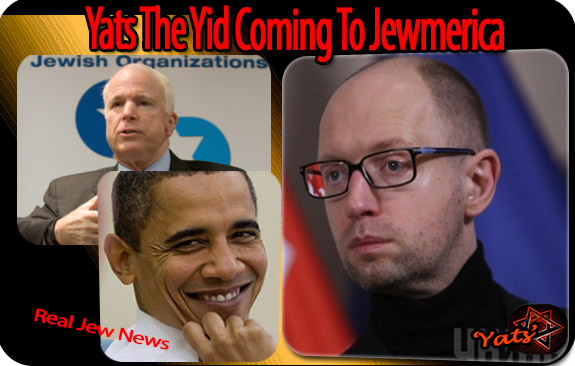 Yats The Yid
Coming To Jewmerica 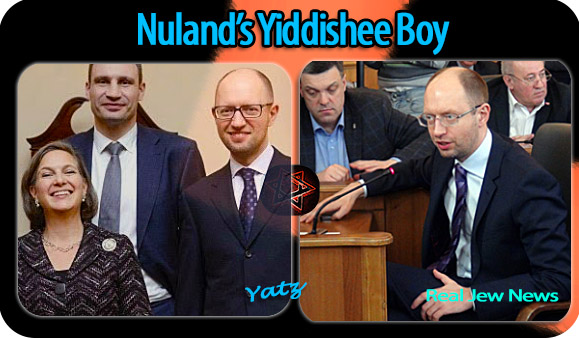 
After schmoozing with Jewry’s Schwartza in the White House, Yats the Yid will sit shiva while shrieking for nuking Russia with Jewish shills McCain and fagella (what Jews call queers) Lindsey Graham.

Putin will have none of these Jewish passion plays. 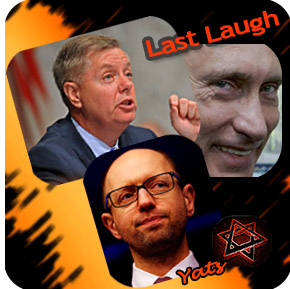 He just rejected Kerry’s Jew-ridden State Department’s proposal for resolving the crisis due to it being framed “as if there were a conflict between Russia and Ukraine.”

Upon announcing his trip to Jewmerica, Yats vowed that Kiev would “not budge a single centimeter” from Ukrainian land.

“Let Russia and its president know this,” threatened Yats the Yid.

Problem for Yats and all the Yids supporting him, Putin is the one who will not “budge.”

The Yids and Yid-enslaved Jewmerica are actually going out of their minds. Why?

Because Mr Putin doesn’t dance the hora to Hava Nagila, that’s why.

JEWS SHIVER in their shuls over Vladimir…a devout Russian Orthodox Christian…which to Yids conjures up phantoms of pogroms.

Show the Yids that Russian Orthodox Christians do NOT bow before Christ-slayers!