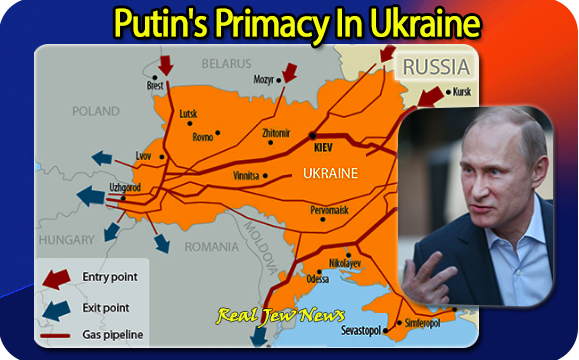 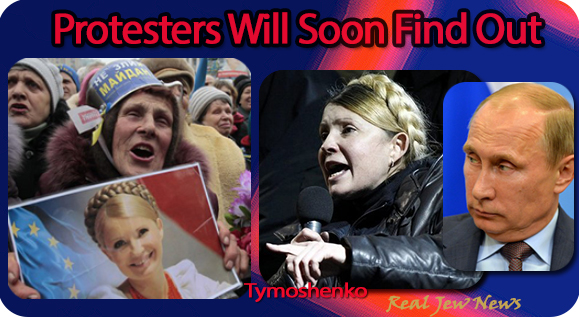 THE FATE OF UKRAINE is linked with its dependence on Russian natural gas and the revenue garnered via its transport of that gas to Europe.


Europe, also dependent on Russian gas, imposed mild sanctions on Ukraine such as visa restrictions and focused targets against officials but was careful not to offend Russia with sanctions with too much bite.

Due to Europe’s restrained line against Yanukovych’s government, the Jew Victoria Nuland (born Nudelman) bit back with “F##k the EU.”

Despite a Jew b##ch speaking on behalf of Jew-ruled America, Putin will protect Russia’s interests in Ukraine and carry the day. He’s smarter than Jews plagued with divine curses and inbred neurosis.

What the Putin-hating press fails to mention in their bashing of all things Russian, including the ‘evil’ Gazprom, is that Yanukovych cut a fracking deal with Chevron and Shell last year which could poison Russian aquifers along the Ukrainian border. 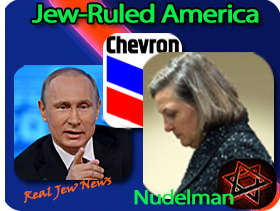 This past January, Moscow gave notice that the fracking technology could “pollute” water supplies for Russians living near the border of the two countries.

Now we know why Chevron placed its banner next to Nuland when giving her spiel at the National Press Club last December (sponsored by Chevron) boasting about US funding $5 billion to foment agitation to bring Ukraine into Washington’s Jew-ruled clutches.

Ukraine is bankrupt with its currency in a meltdown.

The EU offered Ukraine a mere $160 million per year for the next five years yet the bond repayments to the IMF were greater than that. In contrast, Putin offered $15 billion and immediately paid $3 billion. The rest is on hold until a stable government is formed.

But the Jew press won’t let the sheeple see it that way.

Putin wants an economically and socially stable Ukraine as a next-door neighbor and trading partner. His generous offer was designed to help with just that—help Ukraine pay its bills, avoid bankruptcy, and a possible civil war. He also discounted gas prices by 30%.

With both Ukraine and Europe reliant on Russia for natural gas it doesn’t matter what government is installed in Kiev. Putin has the leverage and the primacy. He can demand Kiev pay its debt to Gazprom, call in his loan, and cut supplies anytime he wishes.

‘Freed’ Tymoshenko (“Gas Princess”) knows this. The protesters will soon find out. 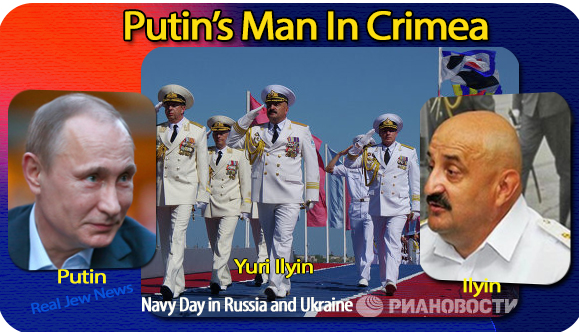 Spending most of his career in Ukraine’s Russian-leaning Crimea region, Ilyin is the first naval officer to serve as Chief of Staff. Although the largely Russian-speaking Crimea was ceded to Ukraine in 1954, Russian politicians claim it still ‘belongs’ to Russia.

When Putin renewed Russia’s Black Sea Fleet lease in Sevastopol, he sealed the 2010-to-2042 “Ukraine Deal Of The Century” insuring the fleet’s enduring presence in Ukraine’s warm water port with access to the Middle East. 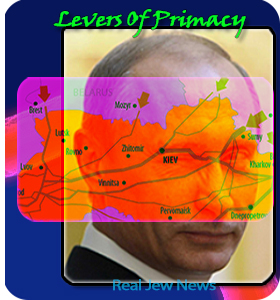 Admiral Ilyin, an ethnic Belarusian (Belarus is friendly to Russia) who has worked closely with Russian navy personnel in Sevastopol, wouldn’t look favorably on any Nato aggression that would threaten Russia’s Crimean port.

And it’s unlikely that Yanukovych, whose power base is East Ukraine with its ethnic Russians, would have promoted Ilyin to the sensitive post unless confident he was his ace in the hole.

Even though Yanukovych is currently out, it appears that Ilyin—along with defending the territorial integrity of Ukraine of which Crimean Sevastopol is part—will preserve the country’s lease obligations towards Russia.

If the new government breaks the lease, Putin and the Russophiles can put all kinds of economic hurt on Western Ukraine which is highly dependent on the Russophilic eastern industrial areas for domestic goods.

And the threat of a Crimea seceding and forming a federated republic under the Russian flag looms large as a major catastrophe for the country.

WHATEVER’S LEFT of Western Ukraine the Jews will loot. The best of Ukraine in the east will have Putin as its protector with assured stability and prosperity.

The Jews ruined Libya…Kiev is next. Protesters, you have been warned.