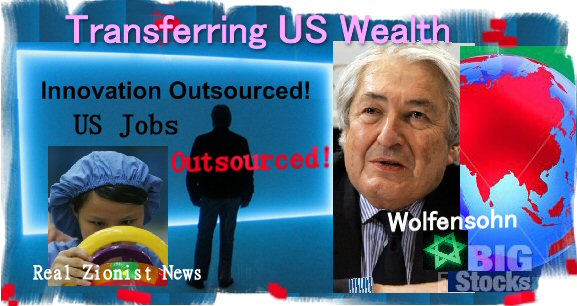 AMERICA IS IN TROUBLE. And runaway spending by Obama and the Jewish-controlled Congress is only the beginning of our nation’s woes.


With rising unemployment, jobs outsourced to India and China, the dollar collapsing, the Jewish-owned Fed pumping more fake money into the economy AT INTEREST — the wealth of America pegged to production is quickly diminishing.

And with a culture infested by Jewish-produced depravity out of Hollywood coupled with a fragmented society caused by overwhelming immigration — it’s high time to spell out specific solutions to America’s ruin before its too late.

Here’s what America must do in 2011 to prevent its final destruction: 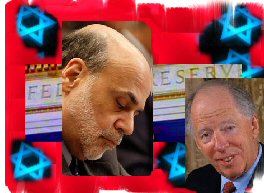 The Federal Reserve is a private bank whose primary shareholders are NM Rothschild & Sons and Goldman Sachs.

On its Board of Governors are the Jews, Ben Shalom Bernanke, Janet Yellen, Peter Diamond, and Sarah Bloom Raskin.

At the NY Fed, the Jews, Jeffrey Kindler, CEO of Pfizer, and James Tisch, CEO of Loews, lead the Board of Directors.

America’s mandate for 2011 is to replace the Fed with a National Bank under the auspices of the US Treasury and controlled by Congress as stipulated by the US Constitution.

Its leaders should be competent Gentiles, free of Jewish-patronage. Its paper should be redeemable by specie and an ongoing citizens’ auditing system should be implemented.

II. Bring Back Our Jobs. 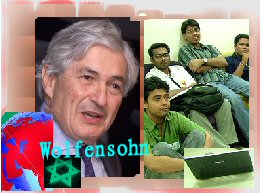 The Transfer Of Wealth from the Christian West to the atheist East is the work of the international Jewish banking network.

This is spelled out by James Wolfensohn, former World Bank President, in his recent book, “My Global Life.” Here Wolfensohn outlines (whether unwittingly or not) the Zionist plan to destroy America and create a One World Government.

This is because America – potentially holding promise of still being a Christian nation – is the last obstacle to Jewry’s quest for global hegemony.

America’s mandate for 2011 is to enact legislation that forbids imports from any nation that does not conform to America’s own labor and environmental laws.

Thus, the Chinese of Shanghai and the Indians of Bangalore where Jewish-investment money led by Goldman Sachs is overflowing, would be required to be on par with the US Minimum Wage and the EPA’s/OSHA’s Environmental Safety laws.

With an equal playing field, America’s position as an economic power would be bolstered and Jewry’s plan to destroy the last potential Christian opposition to their Judaic World Order would be obstructed. 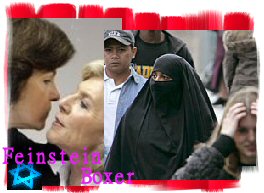 Not Only Is America Becoming a Third World Nation in the economic sphere, it’s beginning to look like one culturally as well.

Jewry’s push for the Open Immigration Law of 1965 has succeeded in creating a multi-racial complexion in American life diluting a White Christian cultural face.

A glaring example of this is the efforts of Jewish Senator Diane Feinstein, known as “the patron saint of illegal aliens” and Jewish Senator Barbara Boxer, both of them co-sponsors of the Dream Act which provided a path to instant citizenship of illegals.

The open-borders between America and Mexico is part of the Zionist plan for a borderless world — of which Israel, that sacrosanct Jewish pariah, is exempt — with their walls, fences, and phosphorus bombs creating an apartheid state.

America’s mandate for 2011 is to declare a moratorium on all immigration until a true Immigration Reform Act can be enacted that would insure a White American majority of the US population. 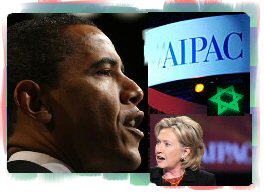 Jewish Lobby Groups like AIPAC and the ADL with their Israel-First agendas and Hate Crime Laws infringing on the right of free speech (Jews fear freedom of speech in which their machinations are exposed) must not be allowed to control Congress with their billions of dollars.

America’s mandate for 2011 is to implement President John F Kennedy’s attempt to have AIPAC registered under the Foreign Agents Registration Act.

Those politicians who promote the agenda of the agents of a foreign nation over the interests of America should be penalized with legislation that forbids bias toward one ‘favored’ nation over truer allies. 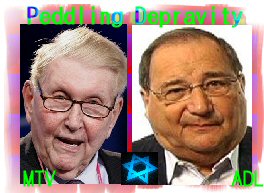 Stating It Accurately, Oliver Stone and Rick Sanchez recently pointed out that both Hollywood and the media are run by Jews.

Thus the depravity, violence, and sexual perversion spewed out by these venues are the product of Jewish entertainment moguls.

America’s mandate for 2011 is to educate and encourage American parents to take the initiative in monitoring their children’s viewing habits.

A strong participation in the planning of school curriculums by parents is paramount in countering the Jewish-push to promote homosexuality and lesbianism in US public schools.

The Anti Defamation League’s Early Childhood Learning Program publishes books such as “Mom and Mum Get Married” that targets ages 5-9. These books must be banned. (Jews don’t teach sexual depravity to their own children who are sent to private schools.)

THE JUDAIC DESTRUCTION of America is almost complete.

But Jewry’s power is illusory. Gentiles are the overwhelming majority in America. And their Christian heritage, feared by Jews, can overturn Jewry’s destructive designs.