Hitler’s Early Views On The Jews - A Critique 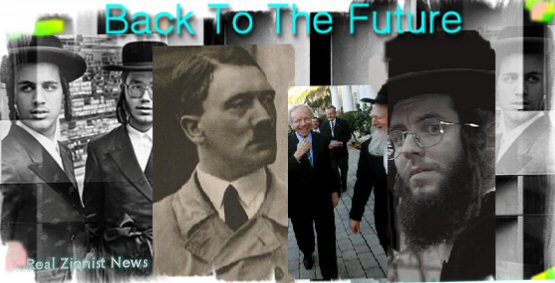 Hitler’s Early Views On The Jews 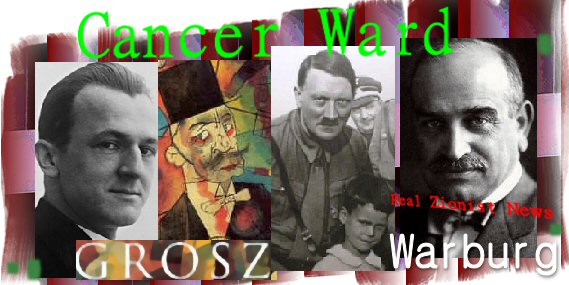 AS WE EXPLORE a sampling of Hitler’s early views on the Jews, we shall discover striking parallels to conditions existing in our own day.


Jewish propagandists would have us believe that Hitler’s unfavorable attitude toward Jewry was based solely on a “racial” hostility between Aryans and the Jewish people.

But as we examine Hitler’s early views regarding the Jewish Question, we do not find a predominantly racial line of disputation, but rather, a social line of argumentation.

Although the future Führer did identify Jewry as having a “racial character” formed by centuries of Jewish insulation within their host nations, he did not ground his opposition on genetic predetermination. Thus, the accusation that Hitler was a “racist” is a Jewish lie.

Beginning with a letter written in 1919 in reply to an inquirer on the subject of Jewry’s influence in the Weimar Republic, Hitler stressed the need for a rational basis for anti-Semitism that would oppose the ethos and actions of Jewry:

“Anti-Semitism as a political movement cannot be defined by emotional impulses but by recognition of the facts. The facts are these: First, Jewry is absolutely a race and not a religious association.

Jews never designate themselves as Jewish Germans, Jewish Poles, or Jewish Americans - but always as German, Polish, or American Jews.

Through thousands of years of the closest kind of inbreeding, Jews have maintained their peculiarities far more distinctly than many of the peoples among whom they have lived.

Thus there lives amongst us an alien race that neither wishes to neither sacrifice its racial character nor deny its feeling, thinking, and striving. Nevertheless, it possesses all the political rights we do.

If the ethos of the Jews is revealed in the purely material realm, it is even clearer in their thinking and striving. In their dance around the golden calf the value of the individual is no longer decided by his character but by the size of his fortune. 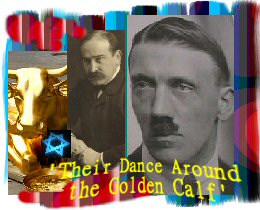 The loftiness of a nation is no longer to be measured by the sum of its moral and spiritual powers, but rather by the wealth of its material possessions.

This thinking and striving after money and power, and the feelings that go along with it, serve the purposes of the Jew who is unscrupulous in the choice of methods and pitiless in their employment.

His power is the power of money, which multiplies in his hands through interest, and which forces peoples under the most dangerous of yokes. Its golden glitter, so attractive in the beginning, conceals the ultimately tragic consequences.

Everything men strive after as a higher goal, be it religion, socialism, democracy, is to the Jew only means to an end, the way to satisfy his lust for gold and domination.

In his effects and consequences he is like a racial cancer of the nations. 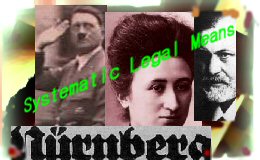 Thus, an anti-Semitism based purely on emotional grounds will find its ultimate expression in the form of the pogrom.

But an anti-Semitism based on reason must lead to a systematic legal elimination of the privileges of the Jews. The ultimate objective of such legislation must, however, be the irrevocable removal of the Jews from civil and cultural influence.

To this end, the installation of nationally-minded leadership personalities with an inner sense of responsibility is necessary.” View Entire Story Here.

CLEARLY, HITLER OUTLINED a “social” problem posed by Jewry in its materialistic pursuits that acted as a “cancer” upon Germany. This could only be eliminated by denying the Jews civil and cultural influence through legal means.

As mentioned above, the relevance of Hitler’s early views on the Jews to today’s Jewish problem is to be considered.

The question must be asked: Is a legal denial of Jewry’s pernicious influence on society the means of ridding ourselves of the Jewish menace? 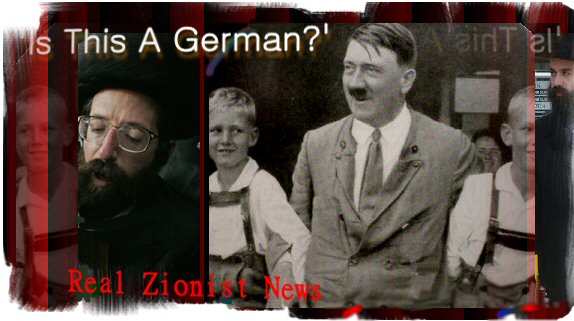 IS THIS A GERMAN?

WHEN DESCRIBING IN 1924 his early thoughts on Jewry, Hitler established in the opening chapters of Mein Kampf a formative model for his anti-Jewish polemic.

This model was set forth not in racial terms, but again, based on the activities pursued by Jewry, which Hitler viewed as destructive to the culture and destiny of Germany.

First, let us explore an “encounter” the future Führer experienced with a religious Jew while walking the streets of Vienna when still a young artist which acted as a catalyst for his ensuing opposition to Jewry:

“In the Jew I saw only a man who was of a different religion, and therefore, on grounds of human tolerance, was against the idea that he should be attacked because he had a different faith.

Once, when passing through the inner city of Vienna, I suddenly encountered a phenomenon in a long caftan and wearing black side-locks.

My first thought was: ‘Is this a Jew? They certainly did not have this appearance in Linz.’

But the longer I gazed at the strange countenance and examined it feature by feature, the more the question shaped itself in my mind: ‘Is this a German?’” View Entire Story Here.

IT WAS AT THIS JUNCTURE that Hitler began to consider the role of the Jew in Germany’s cultural life: 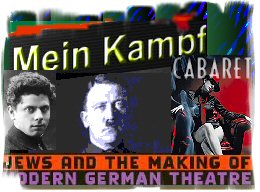 “As soon as I began to investigate the matter and observe the Jews, then Vienna appeared to me in a different light.

What soon gave me cause for very serious consideration were the activities of the Jews in certain branches of life. Was there any undertaking, any form of foulness, especially in cultural life, in which at least one Jew did not participate?

I discovered the Jewish activities in the press, in art, in literature and the theatre. One needed only to look at the posters announcing the hideous productions of the cinema and study the names of the authors in order to become permanently adamant on Jewish questions.

Here was a pestilence with which the public was being infected. I began to carefully investigate the names of all the fabricators of these unclean products. The result of that inquiry was still more disfavourable to the attitude to which I had hitherto held in regard to the Jews.

The fact that nine-tenths of all the smutty literature, artistic tripe and theatrical banalities, had to be charged to the account of people who formed scarcely one per cent of the nation - that fact could not be gainsaid.” View Entire Story Here & Here.

NO HINT of racial profiling here, dear readers. And as the saying goes, “Plus ça change, plus c’est la même chose.”

For although Hitler did try to change the cultural degradation perpetrated by German Jewry - the moral depravity remains the same throughout the Western world.

And: Will A Military Coup Save America? Click Here

And: Did Hitler Have Reason To Hate The Jews? Click Here