Will A New Hitler Arise? 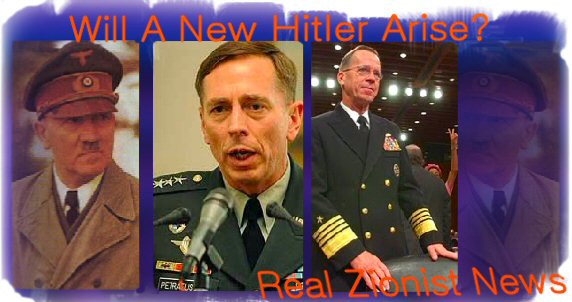 WILL A NEW HITLER ARISE?
By Brother Nathanael Kapner, Copyright 2010

STRIKING SIMILARITIES between pre-WW II Germany and modern-day America have given rise to speculations on the re-emergence of a new Hitler.


With the US military increasing its dominance in American life, the decline of morality and sexual mores, along with the destructive effects of a collapsing economy, the setting is ripe for a charismatic figure to arise from the US military in the mold of an Adolf Hitler.

Harking back to the scenario which set the stage for the rise of the Third Reich, one can clearly observe similar societal ills and influences between early 20th century Germany and today’s America.

With Germany’s Social Democrats controlling the post-WW I Weimar Republic, Germans viewed the new political regime as being “rife with Jews” with an “internationalist world-view” inimical to the German folkish love of Fatherland.

Germany’s budding anti-Semitism had its roots in the peoples’ animosity to “internationalist bankers” who imposed harsh reparations on the defeated Germans of WW I through the much-hated Treaty of Versailles.

Both the American and German sides were represented by the Jewish bankers, Paul and Max Warburg respectively.

COUPLED WITH VIEWING JEWS as international money lenders, Germans blamed the Jews for the degradation of German culture due to their dominant presence in the press, the stage, literature and the arts, accusing them of peddling pornography and base sexual mores.

A leading artist of the time was the Jew and Spartacist communist, George Grosz, known for his pornographic paintings.

The economy of Germany was also in collapse with interims of fits and starts, not unlike the economic woes of present day America. 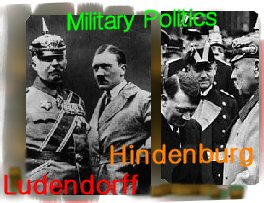 Two abiding “heroes” in Germany’s public life prevented the Germans from sinking into deep hopelessness. These were the military figures of Erich Ludendorff, who participated in Hitler’s Munich Putsch, and Paul Hindenburg, who as Germany’s president, appointed Hitler as chancellor.

Today in America, with increasing pessimism on the domestic front, the US military machine seeks to lift the spirits of Americans by presenting a “heroic” leadership defending the nation’s “security.”

At the same time, deflected from animosity towards growing militarism, Americans are beginning to display resentment toward “internationalist” Wall Street Bankers, identified as Jews, such as Lloyd Blankfein of Goldman Sachs, often making headline news. 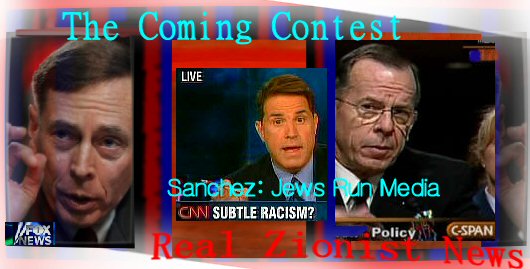 CONTEST FOR THE PRESS

POINTING TO THE JEWS as “controlling the media” with their bias and promotion of low sexual mores, public figures like Oliver Stone and Rick Sanchez, (though blackballed), are voicing the opinions of millions of Americans.

And with the popularity of military “heroes” such as Admiral Mike Mullins who opines to TV audiences on secular matters such as “deficits,” and General David Petraeus, now being touted as a 2012 presidential contender, the comparing of modern-day America with pre-WW II Germany is a valid study in historical precedents.

EVERY CONFLICT IS FOUGHT on at least two grounds - the battlefield and the minds of the people via propaganda.

Perceptions of “good guys” and “bad guys” — or whether wars should be fought or shunned — can be altered by those who control the vehicles of propaganda, namely, the press and television.

When Petraeus warned in an unprecedented Pentagon briefing last winter that “Israeli intransigence on the Israeli-Palestinian conflict was jeopardizing US standing in the Middle East,” the Jewish-owned press gave it little coverage.

The Generals may be in charge on the “battle front,” but on the “media front,” Jewry is in command.

Judaic control notwithstanding, as Hitler once took the press from the Jews in 1934, (Ullstein Press was the largest publisher of newspapers in Weimar Germany), a military seizure of the US press could very well take place.

Another “organism” in contest with US Jewry with its own self-preserving aims and well-defined boundaries may grow in power to oppose Judaic rule.

Militarism is emerging both as a political and economic force in America. And from its corpus, a charismatic leader, indeed a new Hitler, may arise…