Will A Military Coup Save America? 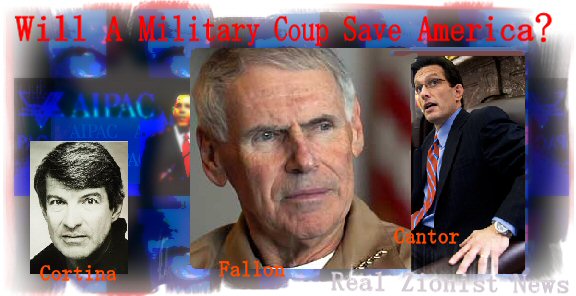 WILL A MILITARY COUP
SAVE AMERICA?

Joe Cortina’s Web Site, “My Name Is Joe Cortina,” is a showcase of crimes committed against humanity by the Zionist global elite. Here.

Br Nathanael: Could the US military counter the unchallenged power of organized Jewry?

Joe Cortina: Absolutely. But the question is not “if” - rather, “would they?” WILL the US military rise to the task?

Br Nathanael: What specifically is that task?

The predicament facing the military is that in their submission to the civilian authority they are actually subservient to American Jewry and NOT to a responsible civilian leadership pursuing America’s interests rather than the Jewish community’s.

Br Nathanael: How is the US military subservient to the Jews?

Joe Cortina: Both Congress, the White House, and the Supreme Court have failed to preserve this country’s “independence and sovereignty” by protecting it from domestic intruders and a foreign occupation.

We are currently under the yoke of a usurping Zionist occupation in all three branches of our government which is headquartered in Tel Aviv. The agents of this occupying power are Jews who head up the multitude of Jewish Lobbies in America such as AIPAC and the ADL.

We are willing to take a fight to perceived enemies halfway around the world. But what about that part of the oath that specifically includes DOMESTIC ENEMIES?


Joe Cortina: It is the solemn oath to defend our Constitution against ALL enemies - both foreign AND domestic. In this case, we’re dealing with a domestic enemy, organized Jewry.

Br Nathanael: What happens to a traditional civilian authority under this Jewish power?

Joe Cortina: The civilian authority that the military is NOW subservient to is dominated by agents of a foreign power.

These Jewish agents are treasonous dual-citizens whose useful idiots are apostate Christian Zionists. Their allegiance is to the State of Israel and it’s global networks of Zionist Federations and affiliated Jewish organizations. The Jews who run Wall Street are the financiers behind this Zionist network. 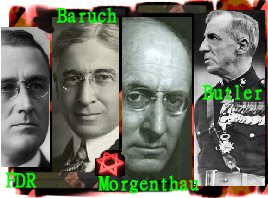 Br Nathanael: Would a military coup to overturn this spurious civilian authority be possible?

Joe Cortina: Granted, only one time in US history has the military contemplated a coup.

This was to halt the New Deal drafted by FDR’s court Jews, Frankfurter, Morgenthau, and Baruch.

The plot failed when General Smedley Butler who led the coup went public.

The strength behind the military’s reticence lies in the time-honored American tradition that regardless of personal beliefs every soldier is charged with being responsible to the civilian authority. This is the stranglehold the Jews presently have on our military.

However, the US Armed Forces are, in fact, unconstitutionally obedient to domestic agents of a foreign civilian leadership acting solely in the interests of global Jewry. Indeed, a precedent was set during the Roosevelt era for a military coup against Jewry’s power.

Br Nathanael: The prospect of a military coup is perhaps an odious thought is it not?

Joe Cortina: Such an event may not be the greatest thing in the world, but would certainly be better than what is going on now. And it’s not unlikely. I would say it’s a ‘delicate’ possibility.

Interestingly, a senior fellow of the pro-military Hoover Institute, one Thomas Sowell, wrote a piece for the National Review on the decline of American society which presented a very similar thought:

“When I see the worsening degeneracy in our politicians, our media, our educators, and our intelligentsia, I can’t help wondering if the day may yet come when the only thing that can save this country is a military coup.”

Br Nathanael: Wouldn’t a military coup go against what is ingrained in every US soldier?

Joe Cortina: Under the present circumstances, a military “uprising” wouldn’t actually be a coup at all — in that it is not overthrowing a Constitutional government — but rather, it would be an effort to restore the government from the Jews to true American citizens.

And a military coup does not necessarily have to be de jure but de facto.

DE FACTO COUP
Br Nathanael: How would it be a de facto coup?


Joe Cortina: America is now kept afloat by a military economy. The arms industry is all that is left of our manufacturing scenario.

The military has tremendous economic influence and has a powerful Lobby almost as influential as that of the Jews.

Once the military takes control of the media, which would occur during a ‘national emergency,’ then American Jewry will have a formidable opponent. 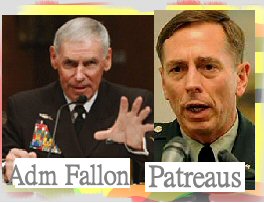 Br Nathanael: Do you see any movement within the military that presages a possible military coup?

Joe Cortina: There IS a growing counterpoise to the Israel Lobby by leading military figures.

Though I agree with Admiral Fallon that General Petraeus is nothing but an “ass kisser,” he warned in a Pentagon briefing last winter that “Israeli intransigence on the Israel-Palestinian conflict is jeopardizing US standing in the Middle East.”

Even though Petraeus made this statement to advance his own ambitions and in no way is he jealous for American interests, the Jewish-owned press gave it little coverage.

I’m certain that the military brass took notice and were not pleased with the suppression of Patreaus’ statement.

Br Nathanael: Are there any other military figures who are showing impatience with Jewry’s control of American policies?

Joe Cortina: Yes, for one, and representative of a growing sentiment amongst the Officer Corps, is former Air Force General, Merrill “Tony” McPeak.

McPeak served as Obama’s military adviser during the 2008 campaign. But under pressure from the Jews, conveniently disappeared.

Joe Cortina: Indeed. In May of 2008, McPeak boldly blamed US Jews for “hindering peace” in the Middle East.”

Right smack in their faces, McPeak stated that the “problem” of our Middle East policy “rests in New York City and Miami.”

He added that the Jews “have a large vote in favor of Israel,” and that “no politician wants to run against it…you can’t develop a Middle East strategy, it’s impossible.” By the way, during Obama’s campaign, McPeak had the guts to call McCain “too fat!”

Joe Cortina: Yes. After all, we’re talking about the recapturing of OUR OWN NATION - not some imperialistic endeavor.

I would think that if American citizens see that millions of active duty troops of all ranks are ready to sacrifice whatever it takes to be a free moral sovereign nation again, it’s a doable thing.

How could AIPAC or the ADL or any of Jewry’s organized gangsters stand up to millions of determined angry soldiers who simply want their COUNTRY RETURNED to THEM again?

And: Reclaiming America’s “National” Identity From The Jews Click Here