The Coming Jewish Lock-Down Of The Internet

THE COMING JEWISH LOCK-DOWN
OF THE INTERNET

The Homeland Security and Governmental Affairs Committee, led by Chairman Joe Lieberman, a freedom-hating, Talmudic Jew, is the sponsor of this bill which would create a Cyberspace Policy Office within the White House.

The bill, Protecting Cyberspace as a National Asset Act, maliciously crafted by Lieberman, would also create a new center within Homeland Security, (Talmudic Jew Lieberman at the head), which would implement cyber-security policies.

This new agency within the Department of Homeland Security will be named, The National Center for Cybersecurity and Communications (NCCC).

Any private company reliant on the Internet, the telephone system, or any other component of the US information infrastructure, will be “subject to command” by the NCCC and be required to engage in “information sharing” with the agency. AND a Jew, that is, a Talmudic Jew, Joe Lieberman, will be the arbiter.

A provision of the legislation that will give the Jews ultimate control of the Internet — given their rule over every sphere of US political life — is that which will give the president the power to “authorize emergency measures to protect the nation if a cyber vulnerability is about to be exploited.”

The language is obviously vague, thanks to the Jewish-intrigues of Lieberman, thus giving the president an “Internet kill switch” that would effectively allow him to turn off the Web (when Jews tell him to) in a so-called emergency.

Indeed, earlier this month, Lieberman was prepping the bill that would allow the government to take over civilian networks in a crisis. Thus, Internet advocacy groups are up in arms that the legislation would give the president the authority to conduct e-surveillance and monitor private networks.

In light of this vehement opposition, Lieberman was granted a spot on Bronfman’s CNN to refute the kill switch criticism. “If China can disconnect the Internet,” protested Lieberman, “we need to have that here too.” 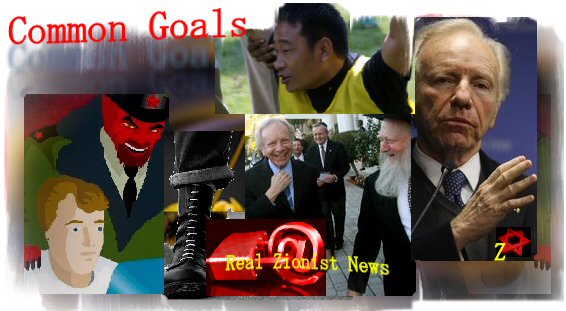 What does China, a COMMUNIST country, which FORBIDS Freedom of Speech, have in common with Lieberman and his Bill?

Everything, my dear fellow Americans. Lieberman, a Zionist Jew, FEARS Freedom of Speech, just like Communist China, in order to CENSURE all criticism of Jews and their quest to take over the executive office.

And who controls the president of the United States? Jews. Who then will control the Internet and e-mails? Your educated guess is as good as mine. JEWS. Do we really want a Jewish police state? If your answer is no……then VOTE OUT THE JEWS!