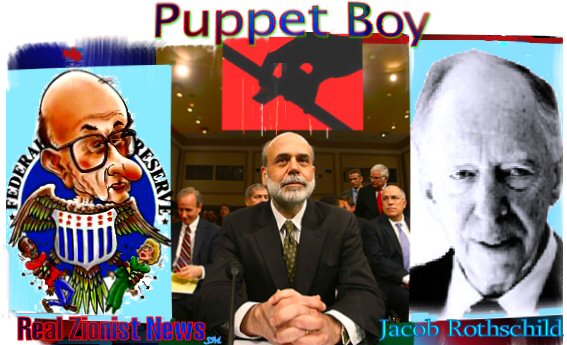 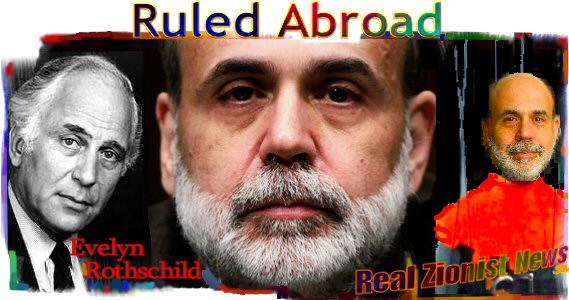 ZIONIST JEWS WITH THEIR INTERNATIONAL FINANCIAL CABAL turned the Treasury Department of the United States into a private Jewish business through the Independent Treasury Act of 1920.

Since then, the independence of the US Treasury Department has been usurped by Zionist Jews with their so-called, Federal Reserve Bank. For there is nothing ‘federal’ about this privately-owned Jewish bank, nor has it any ‘reserves.’

A consortium of Jewish banks, with the Rothschilds at the head, are the real owners of the Federal Reserve System. Indeed, it is a system of perfidy by which Zionist Jews charge American taxpayers interest on all monies, (book entries made out of thin air), loaned to the US government.

THANKS TO THE ZIONIST JEWISH BANKSTERS in control of our monetary system, America has been plunged into a debt economy with inflation built into the system due to the compounding interest charged by the Zionist-owned Federal Reserve.

Although the US Constitution grants our own Treasury Department the right to print money allocated to the US government WITHOUT interest -the Jews put an end to this. The US taxpayer is now in deep debt to a slew of Jewish bankers whose loyalties are to their own spread out around the globe, not to America.

Here Is A List Of The Jewish Banks Who Own The Federal Reserve:

Ben Shalom Bernanke is the Chairman of the Board of Governors of the Federal Reserve System. His co-chairman and co-religionist (of course) is the Zionist Jew and Fed careerist, Donald L Kohn. With the Zionist takeover of the Federal Reserve from 1913 to 1920 and its current preponderance of international Jewish control, the stiff, dull, and wooden manner of the Fed’s chairman speaks for itself: Ben Shalom Bernanke is indeed a Rothschild puppet. 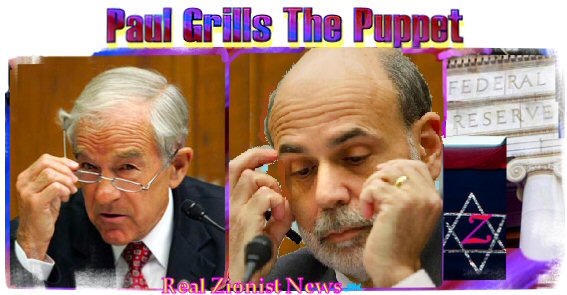 ATTACKING GOVERNMENT AUDITS AS A ‘THREAT,’ Bernanke came out in strong opposition to the Federal Reserve Sunshine Act of 2009, proposed by Ron Paul. The pending legislation calls for a full auditing of the Zionist-owned Federal Reserve Bank. Bernanke argues that audits would compromise ‘independence,’ seeking to deny legislative victory for the Fed’s leading opponent, Congressman Ron Paul.

Speaking to the House Financial Services Committee on July 21, 2009, Bernanke spoke of the ‘threat’ of audit-reviews:

“Because government reviews may be initiated at the request of members of Congress, the threat of reviews could be seen as efforts to try to influence monetary policy decisions.” View Entire Story Here.

Bernanke argues that the Fed is already allowing audits of its operations. But many, like Ron Paul, contend that the current audits do NOT provide a full disclosure of the Fed’s secret activities. The sham auditing system presently in use, provides for an outside auditor RETAINED by the Fed’s own Board of Governors, as well as an internal in-house examination conducted by the Fed’s Board itself.

The FOMC is a component of the Federal Reserve Bank, charged with overseeing the nation’s open market operations, that is, buying and selling: government bonds, foreign currency, and gold. Members of the FMOC include, (of course), Zionist Jews, Bernanke, Kohn, and Rosengred (Boston Federal Reserve). 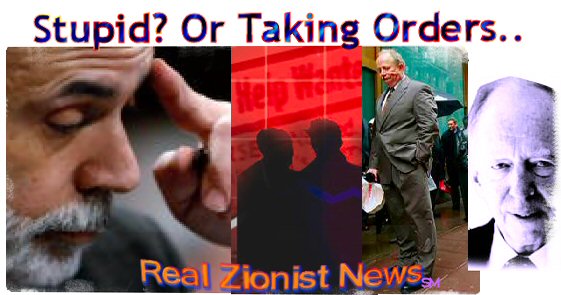 EITHER DEMONSTRATING HIS ESSENTIAL STUPIDITY or taking orders so as to soften the American citizens’ pessimism over the economic downturn spiral, (so they won’t blame the Zionist Jews in power), Bernanke in classic doublespeak spoke of “positive signs indicating an end to the recession despite the rate of job losses remaining high and the unemployment rate continuing its steep rise.”