The Anti Christ Will Be A Jew

Anti Christ Will Be A Jew! 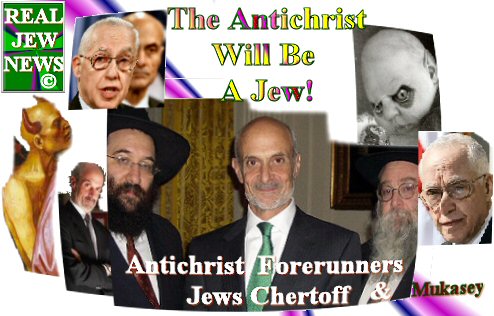 THE ANTI CHRIST WILL BE A JEW
By Brother Nathanael Kapner, Copyright 2008-2010

Thus the essence of the Jewish spirit of Antichrist is:

1. Denial that Jesus Christ is the Eternal Son of God Who became incarnate.

2. Denial that Jesus Christ is the Jewish Messiah.

3. Denial of the Holy Trinity of which Jesus Christ is the Only Begotten Son of the Father.

These 3 denials are the Jewish spirit of Antichrist! 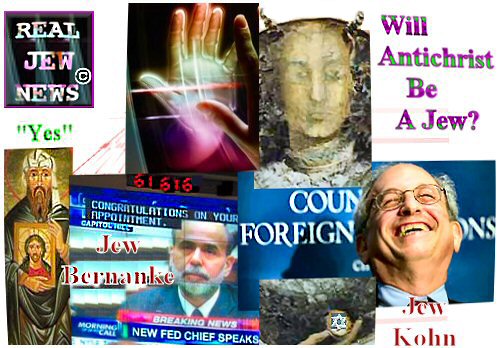 WILL THE ANTI CHRIST BE A JEW?

THE PROPHET DANIEL predicted that the Anti Christ would be a Jew:

— “At the end of time a ruler shall exalt himself against God speaking great swelling words. He shall not regard the God of his fathers. He shall honor a god of opposition, a god whom his fathers knew not.” — (Daniel 11)

St John of Damascus of the 8th Century, whose authority is recognized by all Christian denominations, states that the Anti Christ 1) will be a Jew 2) will come to the Jews 3) will be accepted by the Jews.

Jesus Christ affirmed this when he warned the Jews: “I am come in my Father’s Name but you will not receive Me. Another will come in his own name and him you will receive.”
(St John 5:43) 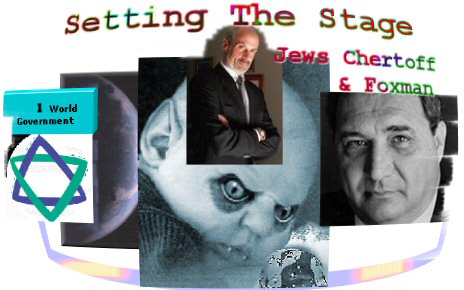 SETTING THE STAGE FOR THE JEWISH ANTICHRIST

GLOBALIZATION & A ONE WORLD GOVERNMENT is the backdrop for the coming of the Jewish Anti Christ. Here is a list of 4 Jewish forerunners of the Anti Christ:

* Michael Chertoff: Secretary of US Homeland Security. Chertoff is a Talmudic Jew who views Christians as “idolaters.”

~ Chertoff has 3 Jewish deputies under him. Together they are plotting the demise of America’s sovereignty with their “North American Union Plan” Here.

* Ben Shalom Bernanke: Chairman of the US Federal Reserve Bank. The Assistant Chairman is the Jew, Donald Kohn.

~ Bernanke has 3 more Jews under him including as co-governors of the Federal Reserve Bank. Together they answer to the Jewish House of Rothschild which controls international banking Here.

* Michael Bernard Mukasey: Attorney General of the US Department Of Justice. Mukassey is a Talmudic Jew who views Christians as “idolaters.”

~ Mukassey supports the extremist Zionist Jews of the Likud Party of which Ariel Sharon was a leading figure. Mukassey is linked with the Chabad Lubavitcher Movement which seeks to implement their Anti-Christian Noahide Laws in America Here.

HOW CAN WE STOP THE JEWS
& THE COMING OF THE JEWISH ANTI CHRIST?

+ Demand that Jew Chertoff and his Jew buddies at US Homeland Security resign.

+ Demand that Jew Bernake and his Jew buddies at US Federal Reserve Bank resign.

+ Demand that Jew Mukassey and his Jew buddies at US Justice Department resign.

Only Then Can We Begin To See The Subjugation
Of The Jewish Spirit Of Anti Christ Under Our Christian Feet!

For More See: “Stop The Jews From Rebuilding The Temple!” Click Here