The Plot To Destroy The US Dollar

THE PLOT TO DESTROY
THE US DOLLAR 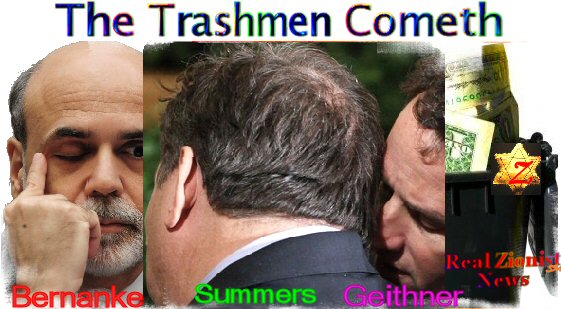 PLOTTING THE DESTRUCTION OF THE US DOLLAR is now taking place by global financial elites.

Both the undermining of the US dollar and the weakening of its role as the reserve-currency in the global market, was the underlying agenda of the Bilderberg Group, which convened its most ominous meeting to date in Greece on May 14-17, 2009.

According to an alleged Kremlin report, (and it’s believable), the shadowy Bilderberg Group - made up of financial, political and corporate elite - emerged from their conclave after coming to an agreement that in order to continue their drive towards a New World Order dominated by the Western powers, the US dollar had to be destroyed.

The main topic of discussion at this year’s Bilderberg meeting was the global financial crisis and its impact on the world’s reserve currency, the US dollar. Whether gathering together to solve the crisis or to steer it into a New World Order led by a chosen elite, the list of attendees actually included many of the primary architects of the crisis itself.

Indeed, many militarists and Zionist adjuncts were participants, quite unlike the roster of former Bilderberg meetings, which was limited to financiers, politicians, and CEOs. And not without significance, all of them represented the Obama “Change” administration.

As a subsequent action to the Kremlin Report on the Bilderberg Meeting, Russian President Dimitri Medvedev joined calls by China, Brazil, and other nations, to prepare for the collapse of the US Dollar and proposed a new supranational currency to replace the American currency, while threatening to cut its US Treasury reserves.

On the heels of the Bilderberg meeting, on May 21, 2009, the voice of London’s Zionist-Jewish banking cartel, The Financial Post, leaked the following “warning” as a cover for their plot to have the US dollar destroyed:

“A serious case of dollar damage is now underway. With every uptick in stocks and commodities and its potential risks - debt and inflation - the US dollar’s day of reckoning is inching closer, as its status as a safe-haven currency fades.” View Entire Story Here. 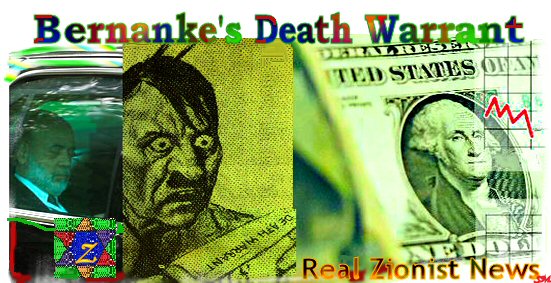 MANY LEADING POLITICAL ANALYSTS are saying that Ben Bernanke, Chairman of the Federal Reserve Bank, has signed the death warrant of the US dollar by lowering interest rates and allowing too much credit, which only serves to weaken the dollar.

Marc Faber, the renowned international investor, has stated that the low-interest-rate policies of the Federal Reserve Bank “created the mess” and that Bernanke’s current policies will “destroy the US dollar.”

Sad to say, most Americans continue to swallow the lies being told them by the Jewish-occupied press, that bailing out Wall Street bankers will solve the economic crisis - never once raising any objection to the trillions of dollars that have been stolen from them.

For it was the Federal Reserve Inspector General, Elizabeth Coleman, who admitted before the US Congress on May 5, 2009, that she had “no idea” where $2 Trillion of US taxpayer money dispersed by the Federal Reserve had gone, or who got it. (To the Jews at the megabanks, that’s who got it). Watch Bernanke ‘Panic’ Over Pending Fed Audit Here.

In November of 2008, as a prelude to Coleman’s admission, Ben Shalom Bernanke refused to disclose the recipients of the trillions of dollars in question, in response to demands by Bloomberg.com. And once again, neither the Jewish-occupied press nor the Zionist-owned Congress spoke up against the Zionist Jew and traitor, Ben Shalom Bernanke.

JUST PRIOR TO THE BILDERBERG MEETING IN GREECE, over a dozen billionaires such as George Soros, many of them active Bilderberg members, gathered in New York at yet another secret meeting to ostensibly discuss their “commitment to philanthropy.”

Under a cloak of secrecy and a media blackout, (the NY Times reported the meeting two weeks later), the scion of international banking, David Rockefeller, welcomed his guests on May 5, 2009, at his Rockefeller University in Manhattan’s Upper East Side.

In his letter of invitation, Rockefeller cited the worldwide recession and the urgent need to plan for the future. Rockefeller added that he wanted to hear views of how the recession impacted on his guests’ philanthropic plans.

BUT ‘PHILANTHROPIC PLANS’ for the international Jew, George Soros, translates into political maneuverings, using his Open Society charitable entity to subvert the economies of weak nations. Behind Soros’ rhetoric, books, and media statements are his plans to ‘upset and destroy.’

Warning that the dollar’s status as the world’s reserve currency was “drawing to an end” in a recent interview with The Telegraph, Soros is most likely working toward this very end. Indeed, Soros has a track record of attacking national currencies.

One example of his attacks occurred in 1993 when Soros called on investors to pull down the Deutsche Mark. A senior official at Citicorp, (Soros’ bank custodian), told an associate that “German unity will be a disaster for our interests. We must take measures to ensure a sharp D-Mark collapse so that Germany will not have the capability to reconstruct East Germany into the economic engine of a new Europe.” View Entire Story Here.

And: Bilderberg Group - A Jewish Who’s Who Click Here