How The Jews Talk 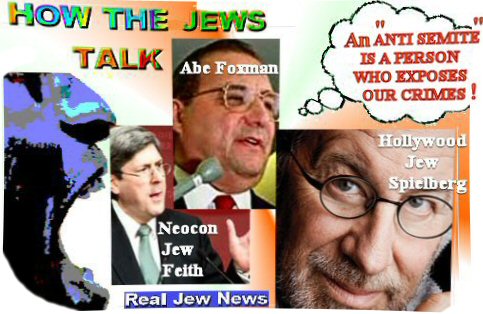 HOW THE JEWS TALK
By Brother Nathanael Kapner - Copyright 2007-2011

Or Send Your Contribution To:
Brother Nathanael Kapner; PO Box 547; Priest River ID 83856
E-mail: bronathanael@yahoo.com
DEALING WITH THE JEWS requires a Jewish Primer on how the Jews talk and how they use certain words:


1) “Fascist.” Jews call someone a fascist when that person prevents the Jews from taking control of the politics of a particular nation. Famous and most honorable “fascists” that the Jews have smeared include the honorable Christians, General Francisco Franco; Tzar Nicholas II; and more recently, former Presidential candidate, Pat Buchanan, and Russian President Vladimir Putin.

1a) “Fascism.” The political status of a particular nation that keeps the Jews in their place and out of power.

2) “Anti Semite.” Jews, such as the racist Abraham Foxman of the Anti-Christian Anti Defamation League, call someone an Anti Semite when that person publicly exposes the agenda, lies, and crimes of the Jews. The Jews become especially enraged when the exposure includes facts such as specific names, dates, documents, locations, quotations, and circumstances. When this occurs the Jews call the person a “Nazi.”

~ Famous and most honorable “Anti Semites” that the Jews have smeared include the honorable Christians, Charles Lindberg and Henry Ford I. Most recently, the authors, John Mearsheimer and Stephen Walt, who wrote the best seller, The Israel Lobby, have been labeled by the Jews as “Anti Semites.”

3) “Schwartzas.”/”Shooks.” Jews call blacks “shwartzas” and “shooks” because as Maimonides their rabbi teaches them, (in his own words), “The nature of the blacks is like the mute animals. Their level among existing things is below that of a man and above that of a monkey.” (Maimonides, Guide To The Perplexed, Hebrew Version)

4) “Shiksa.” Jews call white Christian women shiksas. This is a derogatory term derived from the Hebrew word, “sheygetz” which means a “blemished and unclean animal.” The Talmud teaches that committing fornication with a “shiksa” is a “sin of bestiality” rather than a sin of adultery. This is because the Talmud teaches that the white Gentile Christian woman is an “unclean animal.” (Talmud, Tractate Berakhot).

5) “Happy Holidays!” The Jews wish to eradicate the Name of “Christ” from off the face of the earth. Thus The Lewer Company which owns Hallmark Cards and Papercraft, owned by the Katz family, began printing the Jewish phrase, “Happy Holidays!” on their Greeting cards in the late 1950’s. 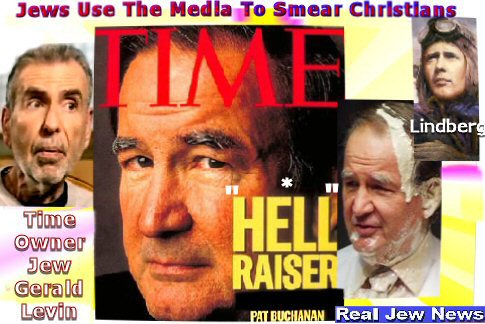 7) “Democracy.” Jews simply love this word, “democracy.” That is why neocon Jews like Richard Perle and Douglas Feith of The Institute for Advanced Strategic and Political Studies, (!!!), have brainwashed (and bought) President George Bush Jr. to fight the war on terrorism with this Jewish weapon they use against Christian society, namely their deadly weapon called, “democracy.”

~ The reason why Jews like the neocons Richard Perle and Douglas Feith love the word “democracy” is because they fear a Christian aristocracy which once-upon-a-happy time ruled in various Christian nations like England, Spain, Russia, France, and Germany.

~ But now that the Jews have wiped out the Christian monarchys and aristocracys throughout the world, (Feith fancies himself as an “aristocrat” - ha ha), and have control of the Media which informs the opinion of the “equal” majority, and have the money to pay for political campaigns of politicians they have bought, “democracy” is their favorite word! 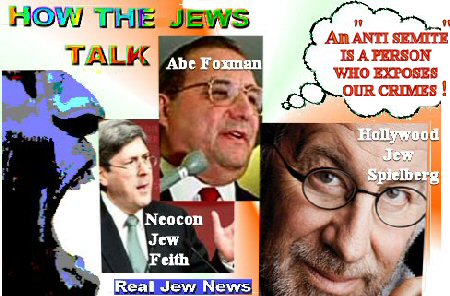 ** Throw away your history books that the Jewish publishing houses like Simon & Shuster, Little Brown, and Random House put out.

** Read Internet historical Revisionists like Michael A Hoffman II and Dr. Kevin MacDonald of Culture of Critique fame who support their historical accounts with specific facts.

** Find alternative news sources on the internet such as The American Free Press.

** Tell the Jews and all your friends at every opportunity that you get that you will not believe Jewish lies anymore!