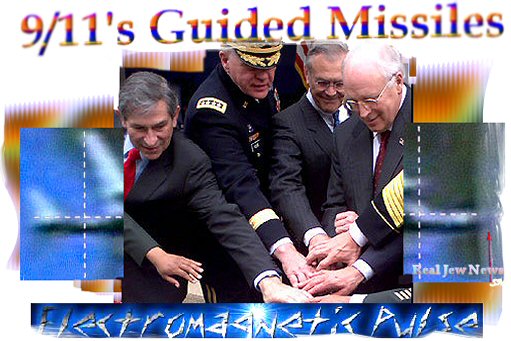 Sources: Enemy Inside The Gates, Here
9/11 Planes @ Rense.com Here
MORE AND MORE AVIATION EXPERTS are now saying that it was highly unlikely that barely novice-grade Arab ‘pilots’ could expertly maneuver the 9/11 jetliners into the World Trade Towers on September 11 2001.

Instead, because of advance aviation technology, experts are contending that the 9/11 airplanes were guided by remote control.

There is ample evidence of US robotized military jets being operational long before September of 2001. Here is a report from a Northrop Grunman pilot about the robot plane, Global Hawk:

“Global Hawk is the world’s most advanced unmanned aerial vehicle and holds the World Record of 31 hours for an unmanned flight. It has over 1000 total flight hours with four operational aircraft.

On January 23 2008, BBC published a corroborating article regarding the use of unmanned robot planes used by the US & UK military for “scientific” use.

9/11 experts are contending that the pilots’ controls were wiped out by Electro Magnetic Pulse technology (EMP) that can disable on-board flight controls of targeted aircraft at command.

To add insult to injury, (3000 9/11 victims murdered), the US had already developed a method in the 1970’s whereby they could rescue hijacked planes by intervening into the automatic pilot system. Why didn’t NORAD use this method of intervention on 9/11? 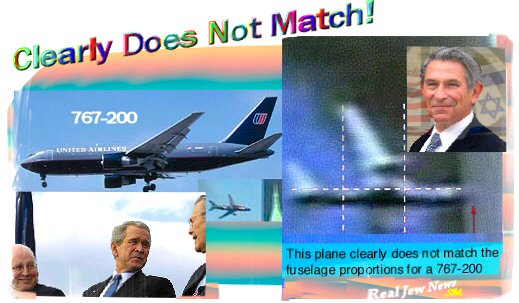 “WERE DIFFERENT PLANES USED in the WTC strikes?” many are now asking. Evidence of a difference in the fuselage size and the plane nose of United Airlines Flight 175 proves that a different airplane was utilized as a guided missile — whose target was the South Tower of the World Trade Center.

United Airlines Flight 175 was a “Boeing 767-200 series” with its characteristic “stubby nose.”

Photos of the aircraft crashing into the South Tower, (allegedly United Flight 175), reveal a different aircraft with longer fuselage dimensions and a longer & fuller nose. (See many photos Here)

Tarpley informs us that Brzezinski has been advising Obama since March of 2008.

Prior to this recent confirmation by Tarpley, in January of 2002, shortly after the 9/11 attack, the highly respected former German Minister of Technology, Andreas von Buelow, had this to say with regard to 9/11 & Brzezinski’s geopolitical agenda:

“Brzezinski, the mad dog, as advisor to President Jimmy Carter, campaigned for the exclusive right of the US to seize all the raw materials of the world, especially oil and gas.

The events of 9/11 fit perfectly within the scope of the operations of the CIA intelligence agency and the US military-industrial-complex. Justified by the events of 9/11, huge raw material reserves of the former Soviet Union nations and pipeline routes are now at their disposal” Here.

The Mossad, Israel’s version of the CIA, works very closely with the CIA and the US military/industrial complex. This was recently evidenced by Russia’s accusation that Israel played a central role in training Georgian troops for the invasion of S.Ossetia.