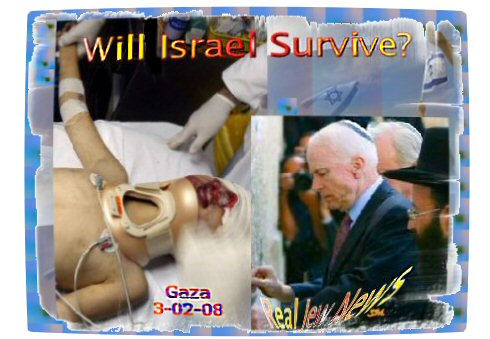 Unique Source: Israel–A History Of Hate Crimes @ Rense.com Here
“A LAND WITHOUT PEOPLE and a people without a land,” was the lying slogan of the Zionist founders of Israel.

But the truth is that the Palestinian-Zionist conflict is rooted in the Jewish seizure of Arab territories and lands.

The Zionist founders, such as Chaim Weizmann & David Ben Gurion, fully grasped that turning an Arab land into a Jewish state was by importing a huge foreign population of Jews into regions owned & occupied by Palestine’s indigenous inhabitants.

The Zionist founders understood that in the parlance of time, a nascent Jewish state must “transfer” - - (by force, as they knew it was necessary) - - large numbers of Arab households away from those areas designated as their “Jewish homeland.”

The main argument for a “Jewish homeland,” taken up by both Jewish & Christian Zionists, is that: “God promised the land to the Jews.” Thus, as the argument has it, the Jews own the land between Egypt & Syria by “divine right.”

The second argument for a “Jewish homeland,” taken up this time by atheistic Jews, is that Jews are continually persecuted in Gentile nations and therefore they must have a “homeland” of their own. The events of WW II are still exploited today by Jews as their “oh-we-are-so-persecuted” calling card. 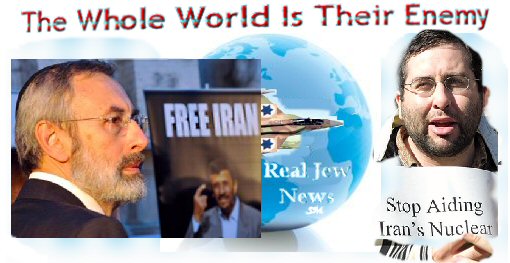 A REBUTTAL OF ZIONIST ARGUMENTS

LET’S LOOK AT the first argument. This states that God gave the land of Palestine to the Jews. Here it must be clearly understood that the ancient “nation of Israel,” as designated by the God of the Bible, had its validation only by its faithfulness to God’s plan of salvation.

Thus, the true “Israel of God,” as St Paul states in his Epistle to the Galatians, is the Christian Church - - made up of those who have truly embraced God’s plan of salvation through Jesus the Messiah.

“Neither in Jerusalem nor in Samaria is the locus for the worship of God,” said Jesus Christ, “but wherever God is worshipped in Spirit and in truth.” Therefore the idea of a “Jewish homeland” is Biblically false. 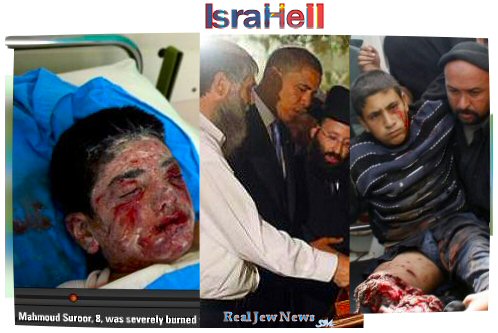 NOW LET’S LOOK AT at the second argument. This states that Jews and Gentiles cannot get along, and thus, Jews must have their own homeland. But a nagging question remains: “Has this problem been solved by the Jews? - Or have they actually made it worse?

Worse. Everybody knows it but are afraid to admit it for ‘fear of the Jews.’ Violence against the Arab population in IsraHell continues unabated. And IsraHell has imported their violence around the globe: to Iraq, to Georgia, and now, closer & closer, to Iran. Many are of the opinion, (an educated one at that), that the Israelis were the perpetrators of 9/11.

Is God an accomplice to the ‘Jewish Homeland’s’ murders & world wide militarism? What kind of ‘Israel of God’ is this that the Jews are claiming to be? A murderous, vengeful people, hell bent on destroying every new enemy that appears on the scene daily?

No - the true “Israel of God,” the Church, is called to bring healing to the world. “God is not mocked, whatsoever a man sows that shall he also reap,” the Bible says.

The Zionist Jews Have Sown Enmity Throughout The World –
A Nation Such As This Cannot & Will Not Survive.