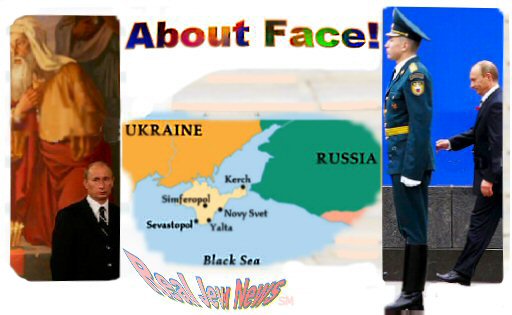 Unique Source: Until There Is A Huge Crash @ Rense.com Here
VLADIMIR PUTIN IS IN A BELLIGERENT mood these days. In an interview with CNN on August 28 2008, Putin had some “fighting words” for the Zionist-occupied US:

— “US citizens were in the area in conflict during the hostilities in Georgia. It should be admitted that they would do so only in following direct orders from their leaders. Someone in the US specially created this conflict to create an advantage for a US presidential candidate” — Here.

Just prior to this verbal censure of the US, Putin sent a visible reply to the recent US-Poland Missile Shield Accord by ordering an intercontinental ballistic missile test in Northern Russia on August 25 2008. According to General Nikolai Solovtsov, in charge of missile forces, the Russian Sineva Missiles can outperform any current anti-missile system.

General Solovtsov also gave a “preview” of Putin’s intentions regarding the missile test:

— “We are taking appropriate measures to ensure that Russia’s potential for nuclear deterrence is in no way devalued. The anti-missile sites in Poland and the Czech Republic could be selected as targets for our missiles” — Here

After a missile test in 2007, Putin had some pointed words directed towards the US: “We conducted a test of a new ballistic missile with multiple warheads. Our actions are aimed at maintaining a balance in the world order.” (Touche dear Vladimir!) 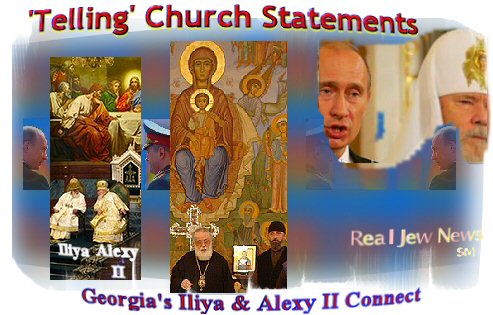 BECAUSE THERE EXISTS a symphony between Church & State in Russia, (this is Eastern Orthodoxy’s historical tradition), official statements coming from the Russian Orthodox Church can serve to indicate a political venue.

Here is the latest statement made on August 13 2008 by the Head of External Relations, Metropolitan Kirill of Smolensk:

— “Today our country is facing a surge of slander from those who don’t like Russia’s historical choice. Thus we must pray that peace be restored between the Georgians and the Ossetians, two peoples sharing the same faith.”— Here.

These telling words underlined the message given by Patriarch Alexy II on August 8 2008:

— “I am aware of the appeal made by Patriarch Iliya of All Georgia. The Russian Church is ready to unite efforts with the Georgian Church in achieving peace. Let us then sit at the negotiation table for talks with respect for the traditions, views, and aspirations of both the Georgian and Ossetian peoples” — Here.

According to General Anatoly Nogovitsyn, chief of Russia’s General Staff, Russia will establish a security zone along the administrative border of South Ossetia that will include 18 strongpoints manned by 180 Russian peacekeepers. And “peace efforts” with the Georgian Church will be a means of expanding this security zone further into Georgia.

What worries Russia’s neighbors now is that the breakup of the Soviet Union left millions of ethnic Russians stranded in many post-Soviet states. Ukraine is 17% ethnic Russian; Estonia and Latvia nearly 40%; Kazakhstan about 26%. And Putin is reaching out to these ethnic Russian communities through the Russian Orthodox Church.

Surely, Putin’s warning that the turning over of Kosovo to “ethnic Albanians”
would backfire - is now coming home to roost in the Zionist-occupied West…


And: “Is Putin A True Christian Leader?” Click Here