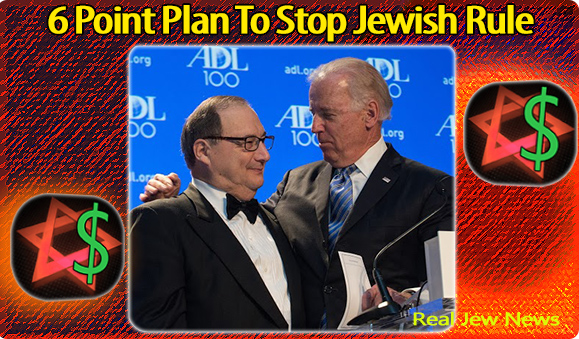 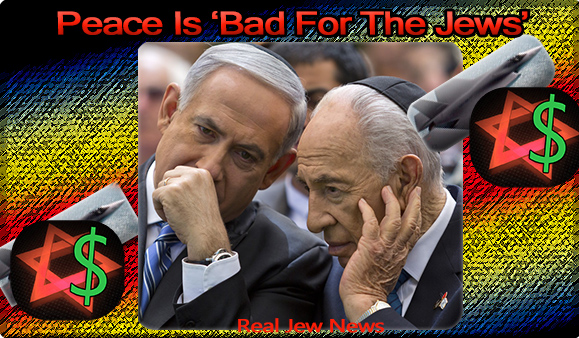 NOW IS THE TIME to STOP the Jews from ruling (and destroying) America.


Just last week, Abe Foxman of the Anti-Defamation League announced that peace was “bad for the Jews.”

Bibzy Netanyahu echoed the Jewish war cry by deploring negotiations with Iran as a “bad deal for the Jews” and will be opposed by Israel and the Jewish Lobby.

Fact is, Jewish rule is the real bad deal for America and for the entire world.

Many Americans are waking up to the stranglehold the Jews have on our domestic and foreign policy.

There ARE Solutions To Stop The Jews!

1) Require AIPAC and the ADL to register as foreign agents.

5) Cut Off Foreign and Military Aid To Israel.

• AIPAC claims that America and Israel must work together for the “common defense.”

• But what does “common defense” mean in the preamble of the Constitution? It means that Israel is NOT the 51st State of the United States of America.

• “Common defense” in the preamble means creation of a military strategy in the US to protect its citizens in case of any conflict with a foreign nation.

• The Constitution does not provide government the power to send taxpayer dollars overseas as foreign “aid” (welfare for parasitic Jewish warmongers).

• Every penny in foreign “aid” is unconstitutional. Another way of saying unconstitutional is “illegal.” But nobody likes that ’stinky constitution’ anymore, especially Jews. So people’s paychecks are sent to the ‘Jewish state’ (even as our own government nears collapse).

6) All Synagogues with Zionist ‘non-profit’ collection boxes or issuing Appeals to financially support Israel must register as foreign agents or lose their tax deduction status.

WE CAN RESTORE AMERICA…but ONLY by putting the Jews OUT OF POWER.

The SOLUTIONS are STARING us IN THE FACE.

Let’s get warmongering, homosexual-pushing JEWS out of OUR faces NOW!