What DON’T Jews Own In America? 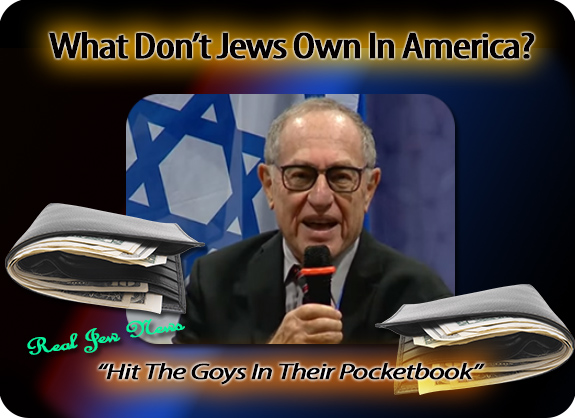 WHAT DON’T JEWS OWN in America? Perhaps a few bars and grills. That’s about it.

Besides owning DC, Jewish Wall Street underwrites the stocks of defense contractors, which means more wars for the Jews. 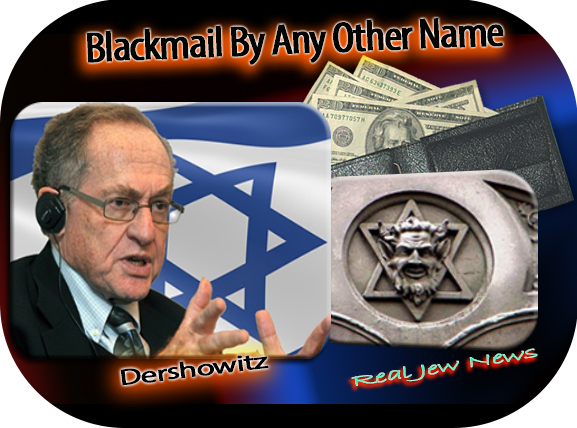 But Jews themselves BRAG about their power and influence. (Jews don’t fear Goys like Goys fear Jews.)

Alan Dershowitz, for instance, recently told an audience at Young Israel Synagogue in New York that “Jewish power” is to be lauded, not denied.

“Don’t ever, ever, be embarrassed about using Jewish power,” Dershowitz urged.

“We have to hit them in the pocketbook,” he exhorted when vilifying institutions critical of Israel’s policies. (Blackmail by any other name would smell the same.)

Hitting pocketbooks is easy for Jews. They OWN everything, except for a few bars and grills.

Yours truly was ‘hit’ by PayPiss which banned me recently. (Schulman owns it.)

But I don’t cave to Christ-killing Jews.

And: The Riddle Of Jewish Success Here

And: Will Trump Break The Media? Here

And: What If Our Jobs Don’t Come Back? Here

And: What Does It Mean To Be Jewish? Here