Hey Obama…Hillary Lost, Get Over It 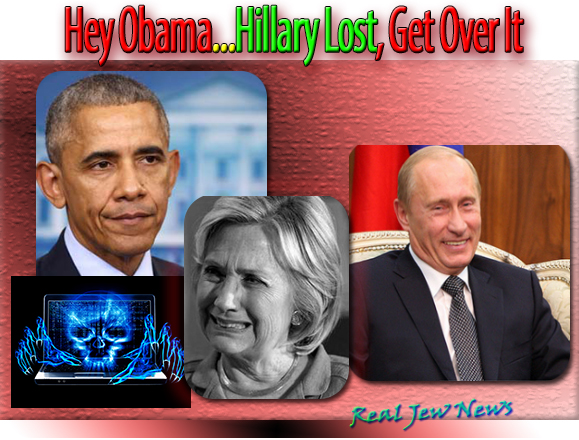 THE LATEST LYING NEWS IS IN: ‘Russia hacked the DNC to tilt the election in Trump’s favor, and that’s why Clinton lost.’

Obama is now pitching that Putin did it:

“As part of a personal beef against me, Putin engaged in hacking the US to undermine our democracy. At the G-20 Conference I told Putin, ‘Cut it out!’”

Last we heard, there’s no evidence that Putin (or Russia) hacked anything.

“The US will take action at a time and place of our own choosing. The response may not be obvious. Some of it may be explicit and publicized, some of it may not be.”

I’m sure Russia is shivering in their boots. But one thing is sure, Russians aren’t afraid of a homosexual bastard posing as Genghis Cohen in the White House.

And that’s exactly what the “Russian hacking” Jew-owned media lies are all about, the Jewish hatred of Christian Russia.

Obama, (not Putin, for he is too high-principled to launch vendettas), is projecting on the President of Russia his own “personal beef.”

The homosexual Obama cannot endure any nation that opposes his perverse sexual agenda.

And like all old-hand homosexuals, when opposed, Obama goes stark raving mad. For like the devil, (whose son he is) the demonized Obama loses all contact with reality.

“The devil is come down unto you, having great wrath, because he knoweth that he hath but a short time.” (Fits Obama to a T). 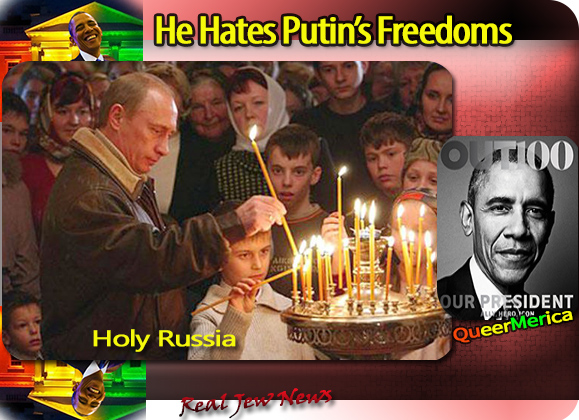 EAT YOUR HEART OUT, Obama, Putin will continue Christianizing Russia while you sodomize America.

Obama, and the Jews who enable him, can only demonize Putin in the Jew-owned media, and do no more.

They can lie about Vladimir Putin…while he expands his Christian agenda for Russia:

Positions The Church To Influence Education, Family Life, And The Military.

IS IT ANY SURPRISE that the Jews and their puppet Obama fear Putin?

Is it any wonder that Putin gets bad press in Jew-controlled America?

Then why should we be surprised that the Jew-owned media touts the BIG LIE that Putin and Russia hacked US cyberspace?

It’s a spiritual war, and the Jews and their shills are losing to Holy Russia.