Who Owns The Trump-Attacking Media?

Who Owns
The Trump-Attacking Media? 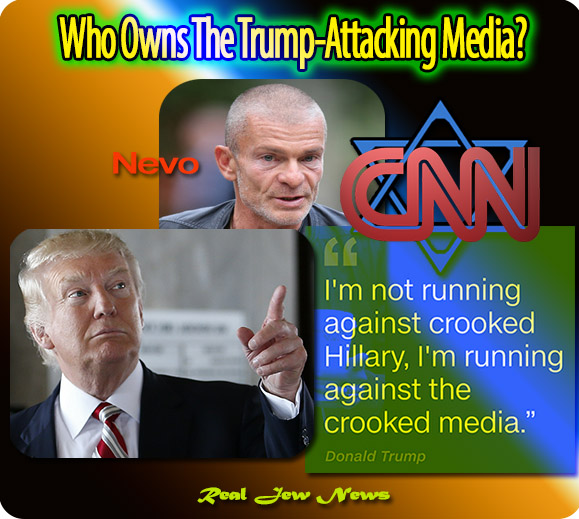 DEAR DIARY, I’d like to tell the world what I know about the media…that washer of brains now attacking Donald Trump.

For starters, I used to live near Murray Rothstein who changed his name to Sumner Redstone.

He’s no blue-blooded Bostonian that he’s passing himself off as. What WASP is named Rothstein?

Rothstein, aka Redstone, owns Viacom the umbrella group over CBS.

And CBS’s latest attack on Trump is digging up a 1992 clip in which Trump says he would date a young girl when she grows up. (Trump was divorced from his first wife at the time of the remark.)

Though some are lily-livered over Trump’s inelegancies of yesteryear…1992 is a long way off from 2016, and Trump’s now running for president, not flirt of the year.

And besides, dear diary, if the presidency is a matter of “dating,” then who has Hillary been “dating?” Other women? 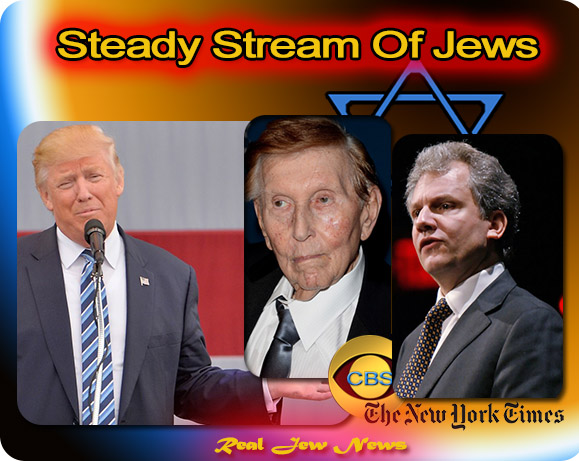 How about the New York Times? Constantly trashing Trump.

Latest is the Times reporting that a “steady stream of women” have stepped forward accusing Trump of “some form of sexual assault.”

Have to laugh. Is looking at an attractive woman a “form of sexual assault?” Most women, especially when wearing suggestive apparel, like that kind of attention.

But the journalists of the New York Times work for a Jew named Arthur Sulzberger Jr, the current chairman of the paper that’s owned by the Sulzberger family.

I grew up with the Jew York Times.

And every Jew back east knows that the New York Times provides the prevailing litany of Jewish positions, which includes abortion, homosexuality, and race-mixing (for the goyim).

A prominent politician has called it, “New York values.” 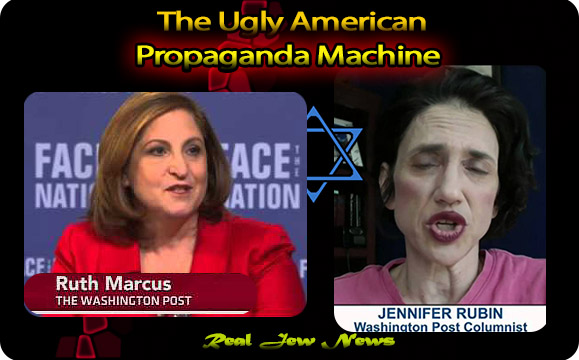 Then you’ve got the Washington Post whose writers, Ruth Marcus, Ann Appelbaum, and Jennifer Rubin, vomit out on a steady stream of how horrible Trump is.

One thread runs through all that they write: a hatred for everything white, and an abiding hostility toward all things masculine. Mr Trump threatens their Marxist views.

They work for Jeff Bezos, who’s not a Jew. But does he really own the Washington Post?

It’s a private company, and most likely in hock to Wall Street Jewish financiers who prefer that US jobs stay in Mexico. 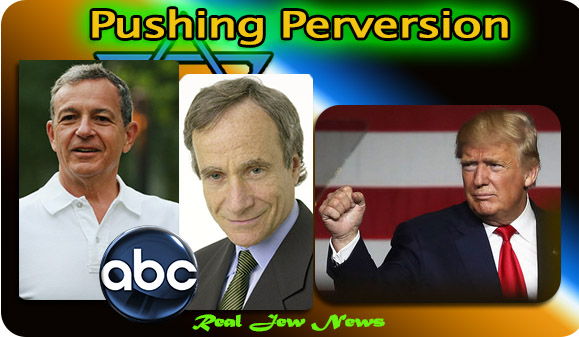 On to ABC that sponsored the first Trump/Clinton debate.

All the lead questions were addressed to Hillary, and all the attacks were turned on Trump.

What do you expect? The principal shareholders of ABC are two Jews:

Robert Iger and Alan Braverman, whose shows promote homosexuality and all manner of perversion. 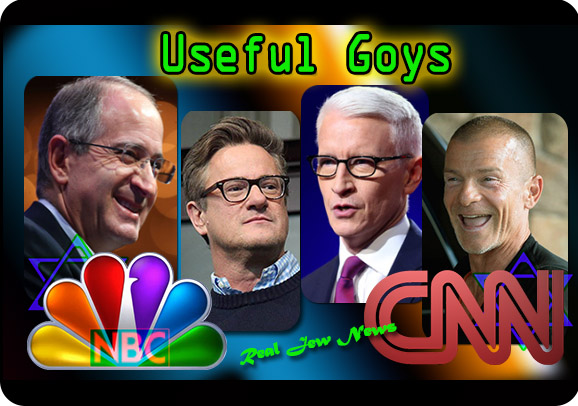 Next is NBC/MSNBC, owned by the Jew, Brian Roberts.

Latest has Morning Joe (useful goy on Jewry’s payroll) with a gang of Jews telling the audience that Trump has already lost the election.

And, of course, there’s CNN, which Trump calls the Clinton News Network.

CNN’s latest on Trump has the Jew Brian Stelter dissing Trump for calling for the cancellation of Saturday Night Live.

“This is a grave concern for every American,” moralizes the amoral Stelter. “No president,” whines Stelter, “has ever censured the press before.”

“Some day I hope to meet you,” wrote Truman to Hume. “When that happens you’ll need a new nose, a lot of beefsteak for black eyes, and a supporter below!”

Stelter’s enabler is CNN’s principle shareholder the Jew, Aviv Nevo, with Jeff Zucker, (no, not Irish) as his CEO.

And so, dear diary, the Jew-owned press wants Trump dumped and Hillary in.

Well, look on the bright side…for with Clinton put in power, the saying, ‘the Jews are our misfortune,’ might be heard from sea to troubled sea.

For More See: Is Hillary Clinton The Antichrist? Click Here

And: How The Trump-Clinton Debate Was Rigged Click Here

And: US ‘False Flag’ Against Russia Puts Hillary In Click Here

And: Who Said, ‘The Jews Are Our Misfortune?’ Click Here