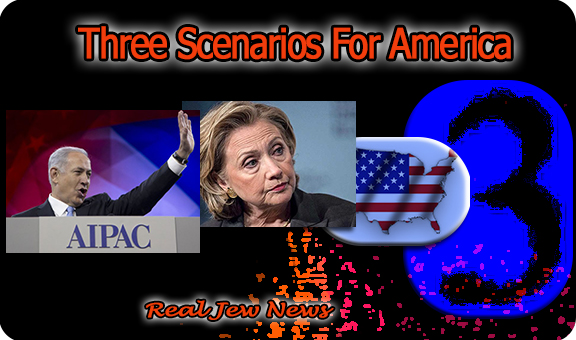 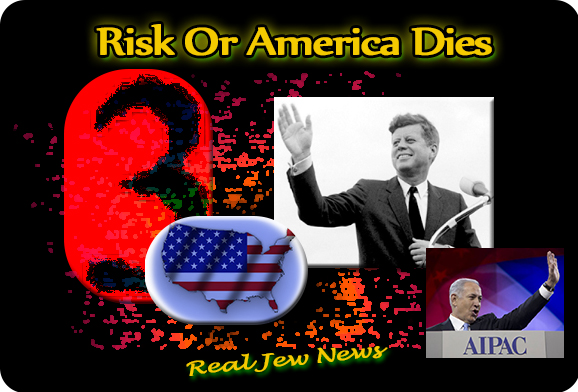 AS WE MOVE INTO 2016, the last glimmer of hope for America is about to be extinguished unless radical measures are taken.


There are three possible scenarios for America.

This will mean not only the continuation of Obama’s disastrous administration but an intensification of his policies:

Israel as “preferred” foreign entity; Warmongering around the globe; Demonization of Putin and belligerence toward Russia; Homosexualizing Jewmerica; and Tighter Gun Control Laws. 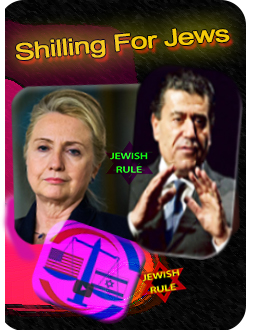 SECOND SCENARIO, America can continue to be ruled by Jews. The entire political process beginning with local elections is tightly controlled by Jews.

If organized US Jewry doesn’t like a candidate, it puts millions into a shill, and the Jew-owned press (no, it is NOT “corporate”), smears the patriot and ’sweet-presses’ its shill.

These shills and their Jewish advisors then salt the administration and congressional staff with non-elected Jews.

THIRD SCENARIO, America can stop Jew-control of its politics, culture, and foreign policy.

It can do so by charging all the Jewish Lobbies (they are ALL Israel-Firsters) of violating the Espionage Act of 1918 for providing classified information to a foreign government.

This will not be hard to do in light of the Israel-Jewish Lobby attempted sabotage of the recent Iran Nuclear Agreement on behalf of the Netanyahu government.

Following this, the US government can charge the Jewish Lobbies with violating the Foreign Agent Registration Act of 1938 which requires any organization offering to work on behalf of a foreign government to register as its agent.

Surely, John and Robert Kennedy were assassinated by the Mossad (Jewry’s International Espionage and Assassination Squad) for enforcing the required registration of the American Zionist Council as a foreign agent, later reorganized as AIPAC.

But this is the risk US leaders must take in order to save our country.

More and more Americans are waking up to these Jewish Questions in American politics.

Will it be too little, too late?