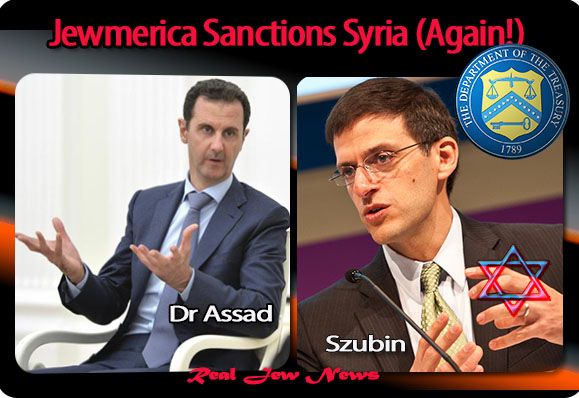 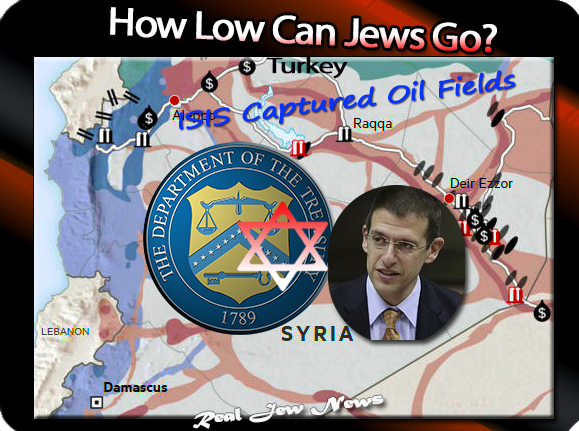 HE’S JUST ANOTHER LOUSE in the Jew-infested US Treasury.


Accusing Syria of buying oil from ISIS, Adam Szubin—a JEW, of course—acting as US Treasury’s ‘Secretary for Terrorism and Financial Intelligence,’ imposed sanctions on Syrian and Russian businessman he claims are middlemen of the trade.

The individuals and entities listed by Szubin will have their US assets frozen and barred from doing business with US companies or individuals.

Among those blacklisted are Kirsan Ilyumzhinov, a long-serving president of the World Chess Federation, and George Haswani, a Syrian national, and his company, Hesco Engineering and Construction.

Szubin claims that Haswani serves as a middleman for oil purchases by the Syrian regime from ISIS, accusing him of operating “in areas controlled by ISIS.”

How low can US Treasury Jews go? As low as hell of which they are citizens.

How about slapping sanctions on the big fish in Turkey and Israel? View All JEW Treasury Sanctions On Syria Here and Here. 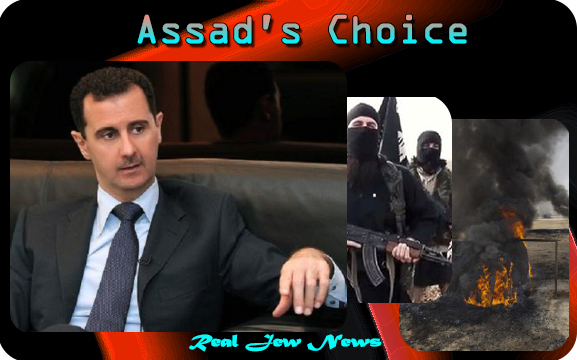 FIRST OF ALL it is NOT ISIS’ oil. The oil belongs to the Syrian people.

ISIS captured most of Syria’s oil fields in central and eastern Syria, having seized the country’s last oil field in September. (The fields don’t personally belong to Assad.)

If any of US Treasury’s accusations were true, Assad is in the unfortunate position of having to deal somehow with the glorified ISIS mafia extortioners for Syria’s own oil resources in order to keep military and civilian energy needs running.

The Syrian Minister of Petroleum said the allegations were untrue and condemned the sides which have facilitated stealing and marketing the Syrian oil.

He stressed that those sides are the same countries that made marketing this stolen oil legitimate by Resolution 186 dated April 22, 2013 which was issued by the European Union.

Contrary to Jew Szubin’s sanctions against a Syrian and Russian businessman, the biggest conduit of ISIS crude are independent truckers, who either sell the crude off to other middlemen or refine the oil themselves in makeshift mobile refineries.

So, yes, ISIS gasoline is flowing through the engines of its enemies and not just Syria, nor is the Syrian government facilitating it.

But don’t confuse the Jews who run US Treasury with facts. 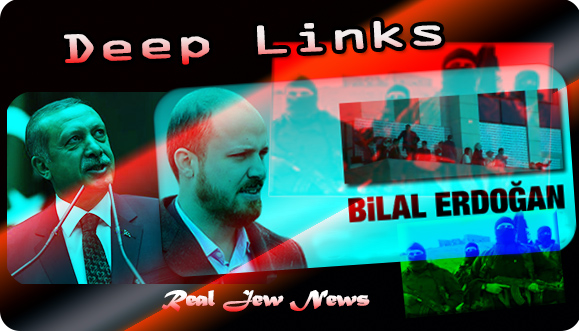 THEN THERE IS TURKEY’S deep links with ISIS, including oil business conducted by Turkish middlemen and government officials including the Erdogan family.

There is substantial evidence that Bilal Erdogan, Prime Minister Erdogan’s son, is directly involved in the black market oil business with Islamic State.

“IS has big money from selling oil and are protected by the military of an entire nation (Turkey). One can understand why they are acting so boldly and blatantly,” said Russian President Vladimir Putin this past Tuesday.

After Turkey refines the oil, it goes out on the world market, and then Turkey uses the proceeds to buy and ship weapons to ISIS and other anti-Assad terrorist bands.

IN ANY CASE, it’s far different to be forced to buy back your own stolen oil from occupied energy fields for the sake of your own people, and another for US-enabled Turkey to be in partnership with ISIS and buying low-priced stolen oil from ISIS to line their own pockets.

The purpose of US bombings of ISIS-occupied oil fields is to destroy Syria’s energy infrastructure. It’s nothing less than Jewmerica’s bizarre twist on scorched earth warfare.

And the twisting of our Jew-ruined country continues.

But along comes Putin and he’s foiling Jewmerica’s wicked plans.

And: Generals March To A Neocon Tune Click Here