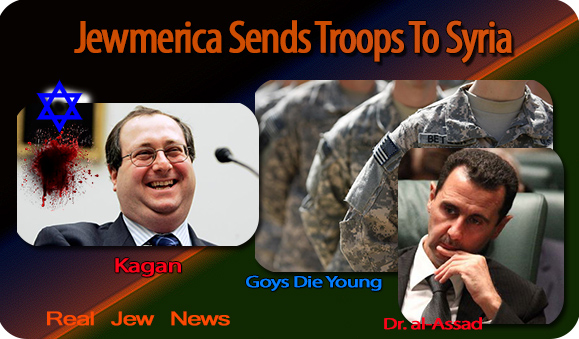 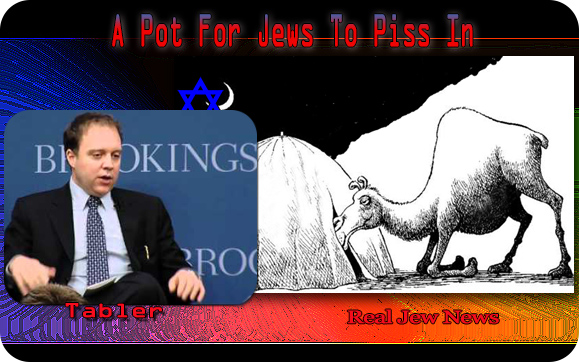 ONCE THE CAMEL GETS his Jewish nose inside the tent, the rest of the loathsome thing will follow:

It’s a Jewish agenda led by neocon kosher armchair Generals, Fred Kagan of the American Enterprise Institute, and Andrew Tabler of the Washington Institute for Near East Policy.

These Jew boys want troops on the ground in Syria, (and their Schwartza in the White House has obeyed) and these Jew boys will send as many young goys to their deaths as it takes to topple Assad. That’s their Jew-angled goal.

There’s NO letup to what Jews want and get. It’s a family business of perpetual wars for the Jews.

Troops to Syria is, after all, to support the “opposition forces” (read: nice terrorists) against Assad, and ISIS (which Assad and Russia are fighting), and supposedly the Kurds, depending on which Kurdish political party and their constantly shifting alliances and power struggles among themselves.

The Kurds are generally anti-Assad—mainly the PYD/YPG affiliated with the Turkish PKK, both hated by Erdogan—and pushing for the formation of Greater Kurdistan, while smaller parties of pro-Assad Syrian Kurds, currently under the umbrella of the YPG, might settle for autonomy inside an intact Syria, which Assad is ready to grant.

Meanwhile, Syrian Kurdish leader Saleh Muslim, co-chairman of the Democratic Union Party (PYD)—the driving power behind the de facto autonomous Kurdish controlled region in Northern Syria—says the collapse of the Assad government ‘would be a disaster’ despite its treatment of his people. 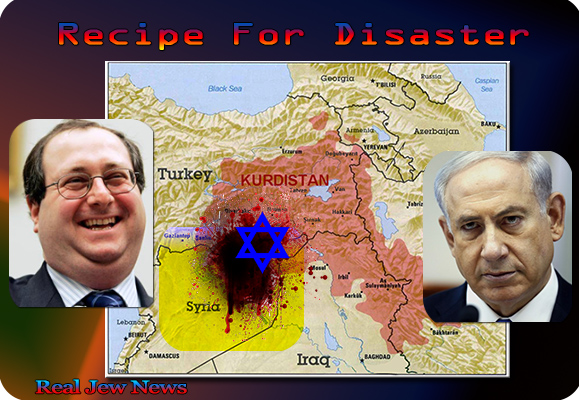 AMERICAN FOREIGN POLICY in the hands of the Jews means a greater piece of the Middle East pie for Israel.

For Jewmerica’s method of selecting military-aid recipients in northern Syria favors forces with the agenda of building up a Kurdistani state which is very friendly with Israel.

But backing such forces puts Jewmerica into conflict with Turkey, which is loath to see Syria break apart, and in conflict with Iran, which wants Iraq to stay together with no independent Kurdistani state.

It’s a recipe for yet another Jewish disaster waiting to happen: 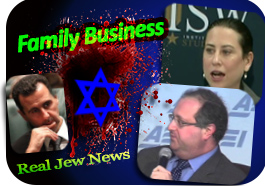 Yes indeed, another Jewish disaster in the making!

For under the dominance of the anti-Assad PYD in the anti-ISIS coalition of Kurdish parties, we can expect any loyalist Syrian Kurds to be marginalized by Jewmerica.

Eventually the entire mess will take on the tinge of a new US-supported Syrian Kosovo situation where rivalries will make for a weakened, impotent Syria.

WELCOME TO THE MIDDLE EAST…a seething pot for Jews to piss in.

For with Israel’s long-standing ties and support of the Kurds pushing for a Greater Kurdistan, Jews get their Greater Israel vis-a-vis the balkanization of the Middle East, resulting in a depleted, fragmented Syria.

To be sure, if any US troops embedded with the “opposition” are killed during Syrian and Russian operations, Jewmerica will blame Russia as a pretext for a military showdown.

Jews fear Christian Russia and will use the spilled blood of every last US soldier to destroy it.

For More See: Putin’s Plan For Syria & Beyond Click Here