Putin’s Plan For Syria & Beyond 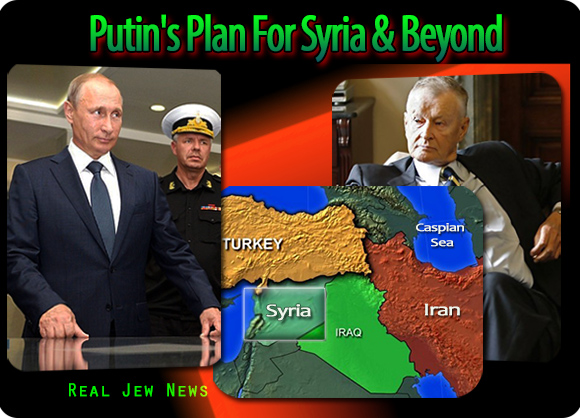 Putin’s Plan For Syria & Beyond
By Brother Nathanael Kapner October 18, 2015 © 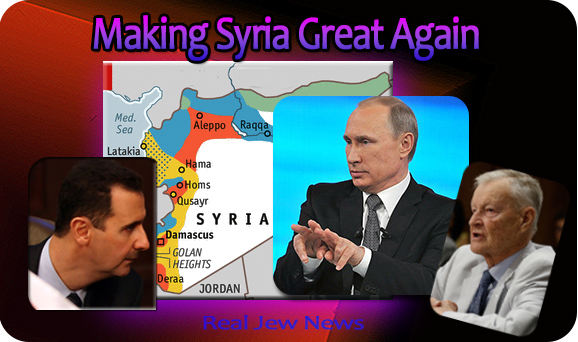 BRZEZINSKI’S LIFELONG DREAM of bringing Russia under America’s thumb is going up in smoke.


According to Brzezinski, whoever controls the Central Asian heartland, “the Asian Balkans,” controls Eurasia, and ultimately the world…all to the ruin of Russia.

SUCKERING the Soviets into Afghanistan was part of Zbig’s Grand Chessboard strategy of picking off the ‘Istan countries to conquer the energy rich Caspian Sea and bisect Russia.

As an adjunct of using Osama bin Laden paired with Saudi-funded Wahhabism in the ‘Istan countries, Brzezinski sent by way of USAID, the CIA’s public alter ego, millions of corrupted Korans and textbooks filled with militant Islamic teachings and violent images to schools of Afghan children in orphanages and refugee camps, in order to hatch jihadist fanatics.

Many of the later generation of the Afghan Taliban were orphans from the war, raised and schooled with these corrupted Korans.

The Jew Ileana Ros-Lehtinen knew (and didn’t disapprove) of these corrupted texts when she testified at a congressional hearing.

That’s why in the 1990s there was a battle between Russia and Chechen Wahabists, originally supported by neocon Jews with their terrorist-supporting front-group: American Committee for Peace in Chechnya. 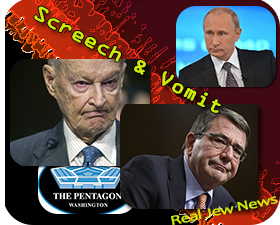 Along with his screech for a US attack on Russia, Brzezinski is hoping for a Syrian replay of the brutal drawn-out war in Chechnya and Russia’s humiliation, but it’s not working.

Russia is not under a drunken president of the Yeltsin years who broke promises made to the Chechen people to improve conditions.

It was Putin who had to clean up the mess in the second Chechen War, a product of the weakened and inept Yeltsin government.

Facing the same cadre of Western-backed transnational terrorists that the Soviets faced in Afghanistan—now supporting the Chechen separatists—Putin opted for a quick, crushing blow, rather than bleeding his military with a drawn-out engagement.

With that kind of experience, Putin knows how to crush ISIS (and counter Western-Zionist schemes) in short order.

No surprise that Ashton Carter, US Secretary of Defense, is throwing a tantrum vomiting out threats against Russia.

That won’t work either. 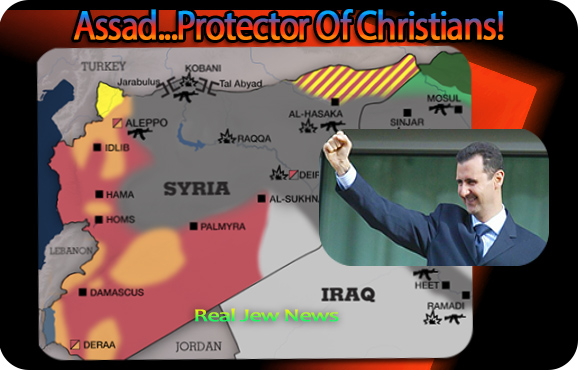 ONE NATION, UNDER ASSAD

ALEPPO IS A KEY NODE in the Syrian-Russian-Iranian coalition reconquest strategy to reestablish order across Syria.

The coalition is confronting the al-Shamiyya Front, a joint operation of Aleppo-based rebel factions representing a spectrum of ideologies from hard-line Wahhabism to apolitical factions linked to the so-called Free Syrian Army.

A large mobilization of the Syrian army along with Hezbollah and Iranian fighters, (not its army), are moving northwards to retake Aleppo.

ISIS terrorists are also being herded towards the city from the east by the US-led coalition leading to a major clash with the Syrian forces in and around Aleppo. (Of course, the US is hoping ISIS will win.) 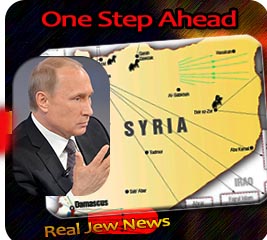 One step ahead of Jewmerica, Russia has boosted its bombing raids to more than 100 sorties per day which is expected to double in the days ahead.

The SAA Cheetah special forces are 7 km away from lifting ISIS’ seige of Kuweyres Military Airbase which will become an important jump-off point for Russian air strikes in the eastern countryside.

Under cover from Russia’s air force, the Syrian army has enclosed Aleppo in a tightening fist configuration that cuts off the main artery of vital supplies to the north from Turkey.

As part of Assad’s new defensive strategy to establish more robust defense lines of western Syria around the government’s strategic strongholds in Damascus, Homs, Hama, Aleppo, and the coast, the battle for Aleppo will be hard-fought, involving house-to-house urban warfare, of which the Syrian army and the Iranian Basij paramilitary forces have much experience with.

Once the Allepo-Homs-Hama-M5 highway corridor is solidly under the government’s control and stabilized, the Syrian-led coalition will redouble their counter-offensive operations to roll back ISIS from the eastern countryside restoring the territorial integrity of Syria.

The Syrian military’s goal is to regain the eastern countryside where much of the Syrian energy fields are, about 60% of which ISIS has control.

At the same time, the US has been destroying civilian and industrial infrastructure, including the other 40% of Syria’s energy sector especially oil refineries and pipelines, all the while claiming to be “degrading ISIS.”

These kinds of lies, treachery, and double-dealings happen when a country is run by Jews. 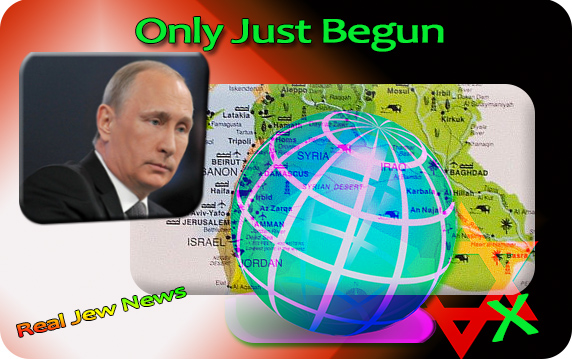 ONCE PUTIN CLEANS OUT ISIS in Syria, he will direct his efforts for the reconquest of Iraq.

With the new joint intelligence center in Baghdad, created to destroy ISIS in Iraq, a military alliance is being forged…now in its beginning stage.

The intelligence sharing alliance, which comprises Syria, Iran, Iraq, and Russia, finds at its outset two Russian generals stationed at the center.

Iraqi Prime Minister al-Abbadi, who doesn’t trust US intelligence, has said he would welcome Russian air strikes against ISIS on its soil, which Putin has not yet agreed to carry out.

But, no matter. Putin has established his credentials in the realm of the “Axis of Resistance” stretching from Iran to Lebanon. 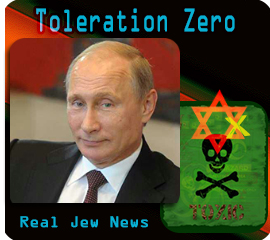 It is this same “Axis of Resistance”—dedicated to opposing the Zionist beast that has intruded itself into the Middle East—that US foreign policy revolves around.

For being in the clutches of Jewish Lobbies and Jewish neocons, US policy has been tethered to a Jewish spirit that is at its best, destructive, and at its worst, maniacal.

No wonder that Putin said in his recent UN speech: “We can no longer tolerate the current state of affairs in the world.”

For with a Russian naval base at Tartus on the Syrian coast, an airfield in Latakia, and a pending unified military base, Putin is poised to move beyond the borders of Syria to its west and to its east.

THIS BODES ILL for the Jews and its policy-making in the US. Putin has already publicly warned Israel to stop its military attacks on Syrian targets.

Putin’s next move (and he constantly moves from one victory to the next) will be to mediate a solution of the Palestinian issue that’s been fomenting in the rogue state of Israel ever since its dubious creation.

With the Axis of Resistance firmly in place, the spreading concept of a multipolar world of sovereign nations displacing the destructive hegemonic unipolar order established by Jewmerika, and his credibility fixed…

…Putin will score another win against the Jews.