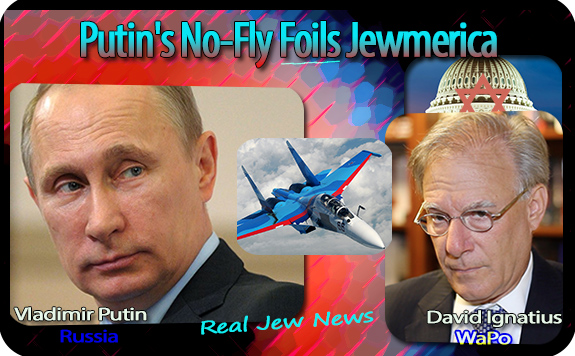 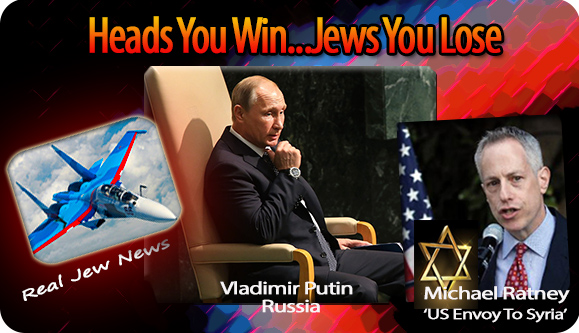 THE MORE THE JEWS HATE PUTIN, the more he outsmarts and humiliates them.


His latest blow to Jewry’s plans for a no-fly zone in Syria was to beat Jewmerica to it.

It all began with Russia’s ‘violation’ of Turkish airspace and how Turkey’s Rules of
Engagement
against the Syrian military operating near the Turkish border were invalidated by the appearance of Russian jets.

On October 3rd, a Russian Su-30 loaded with bombs moved across the Turkish border south of Hatay-Yayladagi for two minutes and Turkish warplanes scrambled to intercept.

Turkey soon engaged its NATO allies, and warnings to Russia multiplied. Moscow demurred with apologies saying the incident was not intentional.

Has Putin changed the rules of the game? You bet he has.

Turkish Prime Minister Davutoglu left no one in doubt that the rules have changed with his frothing at the mouth after the incident:

“Turkey’s rules of engagement are valid for Syria, Russia, or any country. Even if it’s a bird, whatever violates Turkey’s borders, it will be confronted.” 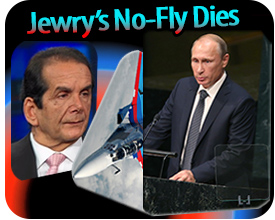 For whereas Turkey has been shooting down Syrian aircraft as recently as May 2015, the most it did with the Russian plane was to ‘confront’ it with an ‘interception flight,’ thus suspending its rules of engagement.

Although Ankara wants to turn it all into a Nato crisis, the alliance is balking and doing no more than issuing warnings.

Has Putin tested the limits of Turkey’s rules of engagement that also apply to Nato? Yes he has.

With yet another masterstroke, Putin has established a de facto no-fly zone on Turkey’s border—at least the western border north of Aleppo—sending a clear signal to Nato not to expand their illegal, uninvited bombing zone inside sovereign Syrian territory.

Turkey’s repeated attempts, with Jewry’s ‘blessing,’ to establish a no-fly zone against Syria in this very same area, has been usurped by Mr Putin. The master keeps on striking.

And all the hot air from Erdogan: “What’s been done to Turkey has been done to Nato. Our relations with Russia are there to see, but they will lose,” falls on deaf ears in Moscow.

PUTIN HAS MADE IT perfectly clear to all Zionist-allied parties, including Turkey and Israel, that Russia’s operations contribute to preserving Syria’s territorial integrity.

And that means not only cutting off Nato’s intentions in the north, but also cutting off Netanyahu’s free hand in southern Syria, by setting up with Israel “joint communications centers and hotlines” (not a joint command center) for purposes of “deconfliction.”

It’s de-confliction Russia’s way, which means get out of the way IsraHell.

Winner takes all in the Middle East. Once Syria and Iraq are cleared of Jew-enabled terrorists, a Palestinian state is next on Putin’s agenda.

Heads you win…Jews you lose.