Why Putin Will Prevail Over Jewmerica 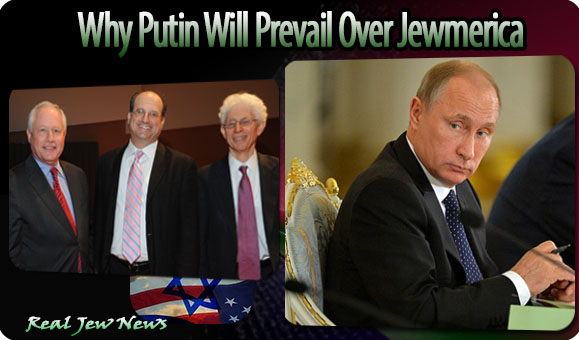 Why Putin Will Prevail
Over Jewmerica 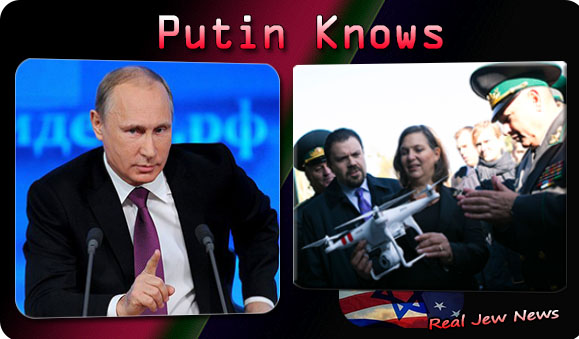 IF YOU SHOULD HEAR that Putin was “taken by surprise” by the Washington-enabled coup in Ukraine, don’t believe it.


Do not cyberspace ‘experts’ and ‘advisers’ know that Russia has decades-long intelligence portals throughout Ukraine, especially in Kiev?

There is much misinfo passing itself off as fact such as the current falsification that Russia just cut off Ukraine’s gas supply and Europe is suffering for it.

Zero Hedge, Alex Jones, and even Global Research have taken an old Daily Mail 2009 article with its date erased regarding Putin’s so-called “cut off” of European gas piped through Ukraine and merged it with current information about Russia’s natural gas hub deal with Turkey for the Turkish Stream project.

True, the EU is now screaming foul about the current Gazprom notice that the South Stream project is now permanently defunct, unhappy with plans to shift the transit route to Turkey…but sudden cut offs? No.

And Putin, in a cool and collected business-like fashion, has stated that Ukraine is now the EU’s problem. (Kiev is about to go belly-up in default mode.)

Once Turkish Stream is built, Ukraine will no longer be Gazprom’s gas transit country to the rest of Europe. Instead, Turkey will be the gas hub to Europe. There is absolutely nothing about Gazprom “cutting off the gas” now or even threatening to.

Putin knows what he’s doing. He carefully weighs his options and does not make knee-jerk decisions (like Jew-dictated America) especially when it comes to foreign policy and actions. 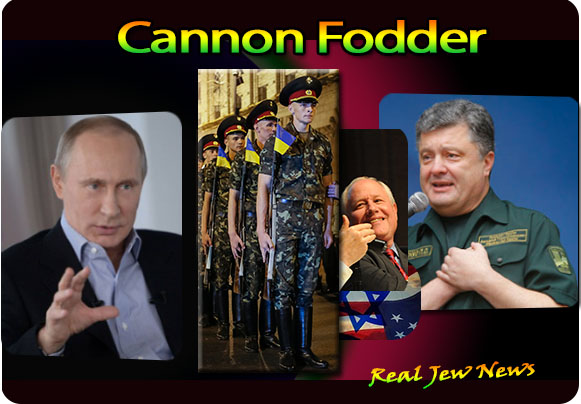 While his country is broke and about to default, Poroshenko is beefing up Kiev’s military budget at the behest of Jewmerica’s design to turn Ukraine into its military colony and make young Ukies into cannon fodder.

Ukraine is broke, so the huge sum Kiev intends to pour into weapons will be borrowed from the IMF, from the US and from the EU — a fact which will completely impoverish ordinary Ukrainians, all at US taxpayers’ expense.

Putin has not and does not intend to attack anyone, but will defend Russia and its interests on multiple strategic levels. The civil war now raging against the eastern provinces was launched by Kiev, at Jewmerica’s instigation.

As for Kiev’s current shelling of East Ukraine, this is none other than Jewmerica’s attempt to destroy Russia’s efforts to implement the Minsk Protocol, of which, Putin renewed the urgency of its employment today.

It is a clear provocation yet again to paint Russia as evil and push Putin into a military invasion to provide a pretext for a NATO “responsibility to protect” genocide in East Ukraine.

GOING INTO a war footing and a war economy is not in the current interests of Russia.

And to use its military resources, (albeit fortifying the Novorussians in various ways), in a venture into another country will only worsen Russia’s, though passing, insecure economy.

Putin will not be provoked by Jewmerica. He’s smarter than wicked Jewry.

For More See: The Enemies Of Vladimir Putin Click Here