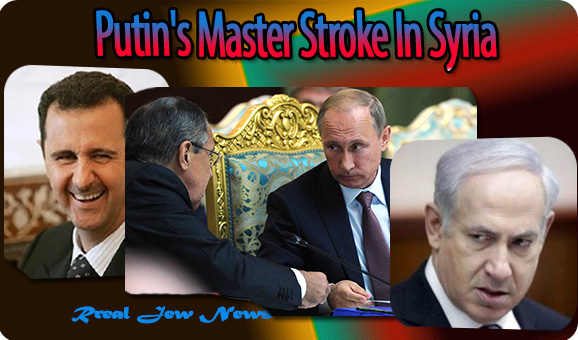 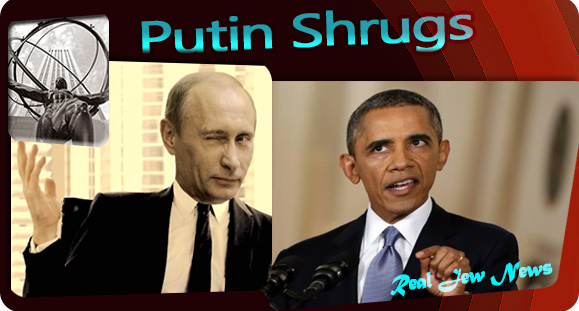 THERE ARE MANY WAYS to die in Syria, but fighting Putin is not one of them.


In spite of the Jews crying for a “no fly zone,” Putin vows he won’t allow it. And besides, US jets don’t want to be targets of Russian anti-aircraft missiles supplied to Syria.

For when Russia’s embassy in Damascus was recently bombed by ‘rebels,’ Putin demanded that “concrete action” be taken by the “foreign sponsors” who he blamed for the attack.

Those are fighting words and Jewmerica got the message.

With a Russian military canton deployed to Al Assad International Airport with an air bridge from Russia involving military aircraft, such as Antonov-124 Condor transport flights, any attempt at a “no fly zone” will be met with a quick ruski reply.

“The tables are turning on those who conspired against Syria,” boasts Syria’s foreign minister, Walid al-Moallem.

“Russia’s participation in fighting ISIS and al-Nusra in Syria will show that the US never had a real strategy for fighting terrorism in Syria,” he added.

Of course, Jewmerica’s real strategy has been to topple Assad and install a Zionist-friendly puppet. It’s not working. Putin outsmarts any country led by Jews. 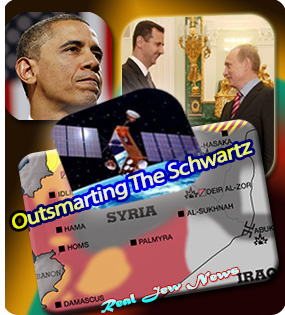 Obama’s warning to Putin that his deployments in Syria are “doomed to fail” and that he has to “get a little smarter” was met by a shrug, letting Jewry’s ’schwartza’ squawk away.

For with Iran now unfettered due to the nuclear deal, Putin is providing Syria with satellite intelligence, digital communications, code-breakers, drones, and non-combatant personnel with their own defense forces.

Iran is also underwriting military spending to Russia’s defense industry for both themselves and their decades-old ally Syria.

Syria’s army is getting ‘real time’ military intelligence and feedback on their operations, and is able to coordinate wide operations and simultaneous attacks under a more concentrated command and control system with sustained success.

They can monitor the Takfiri movements much better and the terrorists are no longer able to travel with impunity.

Within the past few days, the Syrian Armed Forces, Hezbollah, and Iranian paramilitary squads, in various combinations, have performed many different sorties across western Syria with hundreds of the terrorist bastards dead. Syria should soon get Palmyra back.

SYRIAN SOLDIERS are particularly motivated because one of their latest martyrs was the pacifist, father-figure, Syrian archaeologist, Khaled Asaad, who’d been working to preserve Palmayra all of his life.

Not only did ISIS destroy his carefully preserved and curated ancient ruins, they tortured him to death.

Who benefits from this bloodbath? Jews, not America.

All blocking of the Zionist quest for a Greater Israel the Jews are determined to crush despite the carnage.

Can the US government be cleansed of its own bloodstained hands?

Only the blood of deep repentance and restitution can wash away their sins.