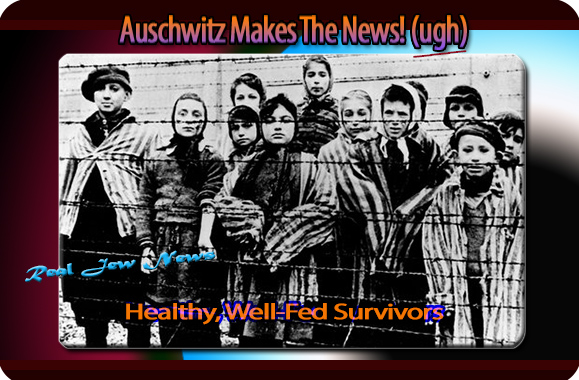 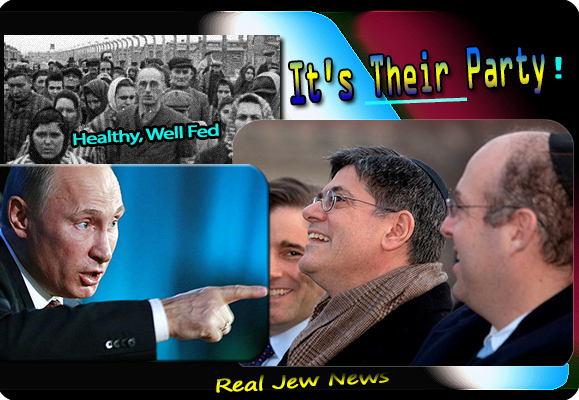 US TREASURY JEW JACOB LEW will lead a ‘US delegation’ to commemorate the 70th anniversary of the ‘liberation’ of Auschwitz commencing January 27, 2015.


The same s#it will be thrown in our faces of those ‘unthinkable’ crimes against Jews perpetrated by those oh-so-eternally-evil ‘Chermans.’

Over 300 ’survivors’ will sit shiva in a kosherized tent surrounded by royalty and heads of state (Read: leaders on Jewry’s payroll) and will then sally forth to tell their interminable, most wearisome story. (Read: gross exaggerations and lies.)

Tales of unthinkable exterminations, (that somehow left these ’survivors’ healthy…now wealthy…and in their 90’s and some older than 100), will be spun.

The Jew-run Media (no Paul, they are not “presstitutes” since Jews do not prostitute themselves to other Jews who run the political realm…they WORK TOGETHER to bring the world LIES) is boasting that Putin was not invited but their own Jew-boy Jacob Lew, was.

“You can’t come to our party,” the Jews screech to the highly esteemed Orthodox Christian Vladimir Putin. But the wicked Jew, Jacob Lew, perpetrator of all the sanctions against Christian Russia, can.

Truth is, (why can’t Jews tell the truth?), no head of state was “invited” but rather invitations were sent to various embassies as stated by officials of the Auschwitz museum of Jew-twisted unhistory.

And any 5th grader (so long as his mind has not been poisoned by Jewish lies) knows that Soviet Red Army troops, not Ukrainian, commandeered the Auschwitz work camp in 1945. 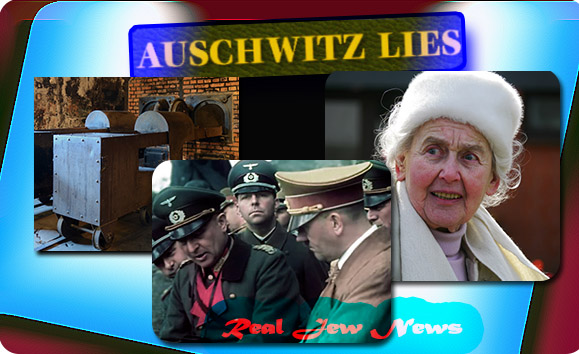 RIGHTEOUS GENTILE Ursula Haverbeck has come forth in her elderly years to challenge the relentless Jewish narration of the interminable Holocaust tale.

Filing criminal charges against the Central Council of the Jews in Germany for instigating imprisonment of innocent Germans for ‘holocaust denial,’ Haverbeck is demanding proof that “exterminations’ ever took place at Auschwitz.

It’s about justice for Germans contends 86 year old Haverbeck in her righteous indignation over the post-war wicked Jewish Morgenthau Plan of mass starvation of German civilians.

In her Video, The Biggest Problem of Our Time, Haverbeck says that National Socialist documents regarding orders pertaining to the duties at Auschwitz are archived at the Institut für Zeitgeschicht, although some argue that it’s difficult to bring to the public’s scrutiny the original documents. 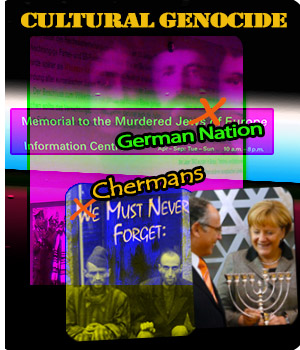 Haverbeck says the documents prove that Auschwitz was not an “extermination Camp” but a “labour camp” and that those in charge were to maintain the “health of the prisoners” for the purposes of production, essential for the war effort.

Haverbeck adds, “This is what those who worked there and accused of war crimes have always maintained!” View Auschwitz Lies (Videos) Here & Here.

A CLOUD OF WITNESSES exposes the lies and falsifications of the Auschwitz myth.

Famed historical revisionists Robert Faurisson, Germar Rudolf, and Fredrick Toben, have put forth evidence that the Auschwitz story as promulgated by the Jews is insupportable.

Carlo Mattogno, in particular, in his well-researched Auschwitz pamphlets, shows that “gas chambers” never existed; that solicitous treatment was given to the prisoners; and that by properly examining the work camp documents, the ‘extermination’ lie is shattered.

Germans put people to work, not kill them. They’re a creative race whereas Jews are a destructive race.

And Jewry’s cultural genocide of the German nation continues to this day.

Are Jews Germany’s misfortune? You bet they are.