The Holocaust As Convenient UnHistory 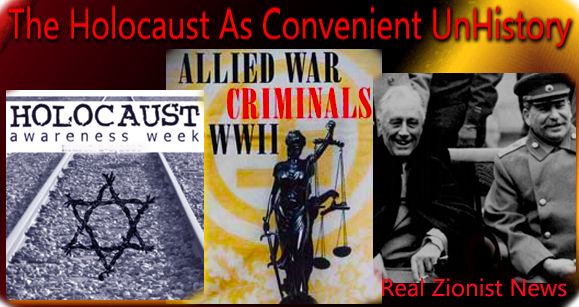 The Holocaust
As Convenient UnHistory 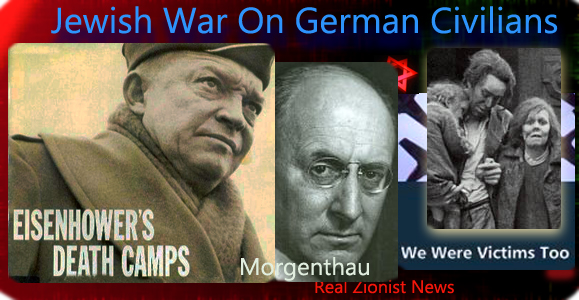 COUNTLESS ALLIED WAR CRIMES have been sequestered under the cover of the so-called ‘Holocaust’ which was allegedly perpetrated by National Socialist Germany.


In a global quest to ‘rescue European Jewry’ more than half a million German civilians were killed in Allied bombings of German towns and cities alone, with at least 200,000 them literally “holocausted” in flames and fire storms in Dresden.

(The Jewish-dictated ‘court historians” of the Jewish-created ‘Bundesrepublik Deutschland’ have fixed the Dresden civilian deaths at 25,000. Those who dare question the ‘Jewish’ count are faced with imprisonment and huge fines.)

Moreover, at least nine million Germans died as a result of deliberate Allied policies in post WWII Germany of starvation as well as expulsion from former German-held territories. 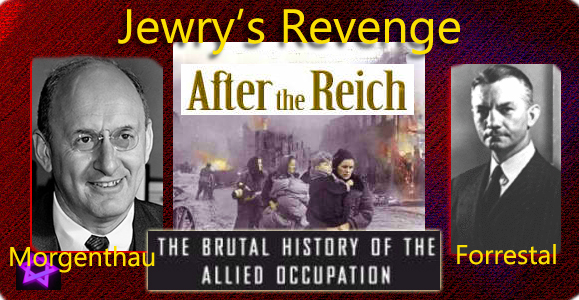 American Jewry, the architects of Roosevelt’s entry into WW II, which under the direction of the Jew, Henry Morgenthau Jr, formulated and advanced the idea of “collective punishment” against both German civilians and their leaders. View Entire Story Here & Here.

It was James Forrestal, former US Secretary of Defense, who in his diary of December 27 1945, noted that during a game of golf, Joseph Kennedy, FDR’s ambassador to Britain, told him that British prime minister Neville Chamberlain stated that “world Jewry forced England into war.” View Entire Story Here & Here.

And Jewry itself best recognizes why America entered WW II.

The American Hebrew on July 24 1942 declared that “whenever an American falls where MacArthur’s men fought the survivors can say: the reason that boy went to his death is because Hitler’s anti-Semitic movement succeeded in Germany.” View Entire Story Here & Here. 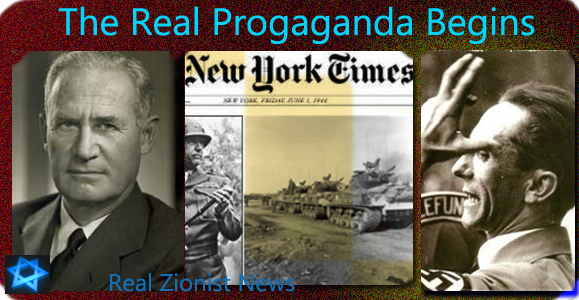 WHEN THE ALLIES ‘liberated’ National Socialist prison camps, a whole new arena of propaganda emerged that World Jewry seized upon and exploited in the press.

The Jewish propaganda machine spun into action when the Jewish-owned New York Times published on May 6 1945, the photo, “Crowded Bunks In The Prison Camp At Buchenwald.”

The apparent intent was to elicit sympathy for Jews rather than (by omission) engendering compassion for the millions of German civilians who lost their lives due to Allied war crimes.

Indeed, the New York Times laid the groundwork for Jewry’s propagandizing agenda, when five months before publishing the Buchenwald photo, they ran a story headlined: “6,000,000 Jews Dead In Europe.” And this appeared long before anyone could have known the number.

Soon, World Jewry had a weapon to advance and protect their fabricated story: control of the mass media and the newest and most thought-controlling media of all — television. 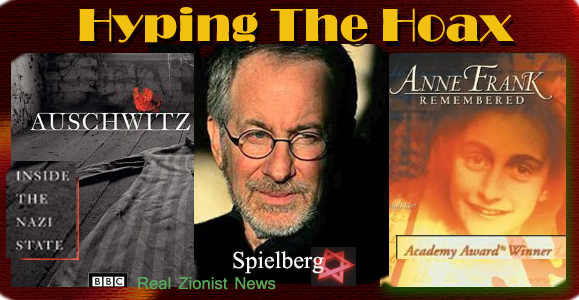 The aim? To immunize Jewry and Israel from valid criticism — and most conveniently — to obscure the Allied war crimes perpetrated against millions of German civilians.

Perhaps “Holocaust Fatigue” now inflicting German youth will create a thirst for what REALLY happened during World War II and an appreciation of their own, factually-substantiated, Holocaust.

And that –ironically to say– will be a very ‘inconvenient’ history lesson for World Jewry.