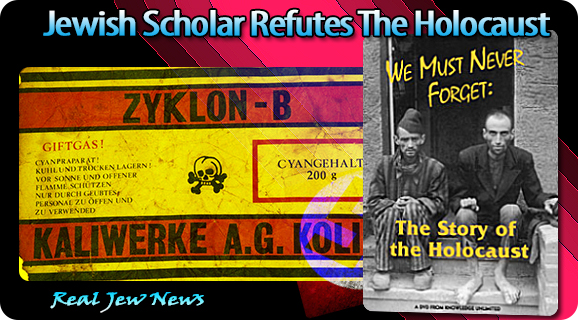 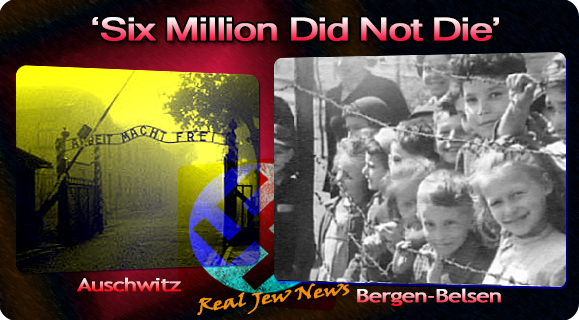 The following is a Letter I received from a Jewish scholar regarding his reasoned doubts of the Holocaust as presented by Jewry. With his permission to publish the Letter along with his full name, herein is presented a convincing refutation of the Holocaust Hoax.
+Brother Nathanael Kapner
“DEAR BROTHER NATHANAEL… My name is Robert Litoff. I have been following your site for many years. You may publish this Letter and my name.

I was born in New Haven, Connecticut in 1945 of two Jewish parents but am now a non-practicing Jew. As far as I can trace, all my ancestors are Jews.

I graduated Phi Beta Kappa in psychology from the University of Connecticut.

The claim that 6 million Jews died during World War II is wrong.

During the war period, before and shortly afterward, 5 million Jews went to Israel, and the Jewish population of North America increased from 4 million to 6 million.

Jews also went to Brazil, Argentina, Australia and other nations. This accounts for the decrease of 6 million Jews in Europe.

The world Jewish population was 15 million circa 1929 but it reached an estimated high of 18 million in 1989, an increase of 16%, which would have been impossible if 6 million Jews died in World War II.

The rabbi of my synagogue was Rabbi Andrew Klein who was a Hungarian Jew. He was interned in Auschwitz during World War II. His wife and 2 sons, Theodore and Lester, were interned in Bergen-Belsen.

Soon after the end of the war, there were a few different stories of how the nazis committed mass murder. One was that the victims were put in water and an electric current was sent through the water electrocuting the victims.

Finally, there is the story about the victims ‘taking showers’ in gas chambers which is the one claimed today. I take issue with this claim for the following reasons. 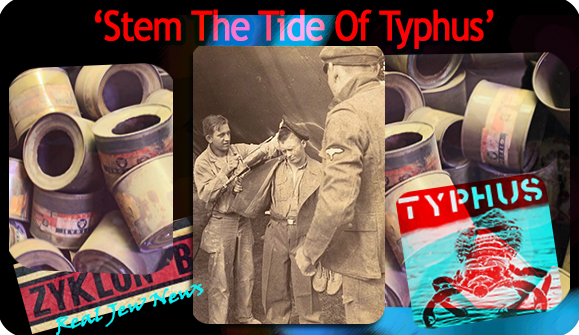 ZYKLON-B WAS INVENTED in America, not Germany. It was first used in Texas to disinfect the clothing of Mexicans crossing the border.

In the German work camps, Zyklon-B was used to disinfect the clothing of the internees to stem the tide of typhus.

Perhaps you have heard the story that the internees were led into a room in which they were told that they would be given showers and then they were gassed to death.

In reality, the doors of a real gas chamber would have to be airtight and look something like an airplane door. Otherwise, the gas would seep out and kill those operating the gas chamber.

In employing a gas chamber for an execution of one person, (as it was once done in America), a method used was to have potassium nuggets dropped into sulfuric acid by a lever. This would result in the production of hydrogen cyanide which would kill the person being executed.

Before the doors of the gas chamber could be opened—post-execution—another gas, anhydrous ammonia, must be injected into the chamber to react with the poisonous gas to make it a less lethal resulting gas.

Even so, anhydrous ammonia being poisonous, it would react with the gas used and would have to be scrubbed away. All of this would have been a long, dangerous, inefficient and toilsome task for the nazis to destroy ‘millions’ using gas chambers.

But, I am only stating that the claim that Hitler committed a genocidal war against Jews is false. I am not defending Hitler. He started a war which caused the deaths of millions. 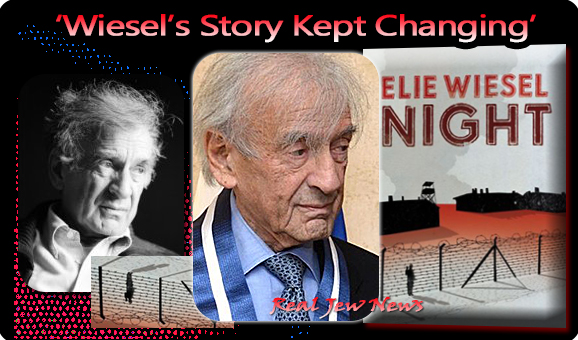 I FIRST READ Elie Wiesel’s “Night” when in it was an earlier publication.

In this early edition, Wiesel does not mention any gas chambers but states that mass murder was committed by throwing Jews of all ages into great fiery pits.

The usual response is that the victims were killed by both methods and that Wiesel’s failure to mention gas chambers is not proof that the gas chambers for killing people did not exist. This answer is not convincing since Wiesel purports to be giving an eyewitness account. 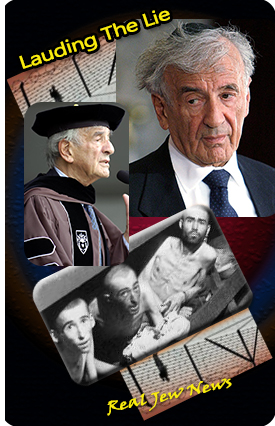 In the earlier edition of “Night,” Wiesel wrote that he had surgery on one of his feet at a “well equipped hospital” in Auschwitz before taken to other camps. In the newer editions of “Night” this has been changed to an “infirmary.”

Yet, in both editions, he states that he was given two weeks off from work after his surgery which is inconsistent with the claim that all internees who could not work were killed.

Weasel wrote that while he was recuperating the Russians were approaching Auschwitz and the Germans knew that they could not hold out in Auschwitz any longer.

Perhaps, you have seen pictures of piles of dead and walking skeletons of a liberated concentration camp.

But, by the end of the war, all Germans were having difficulty feeding themselves.

Also, the American and British air forces were bombing all the railroad tracks making it impossible to bring sufficient quantities of food into the camps. So, America and Britain share most of the blame for the starvation in the camps at the end of the war.

Jews need to keep bringing up the Holocaust so they can extort billions of dollars from America and its most advanced weapons systems for their Zionist program in Israel.

Jews own and control America’s mainline media, so that they can control most everything Americans hear and see.

While Americans argue about what to do about medical care and how much it will cost, Israel has a much more generous medical care program for its citizens and does not need to worry about the costs because it’s paid for by tax-paying American citizens in the aid we give to Israel.