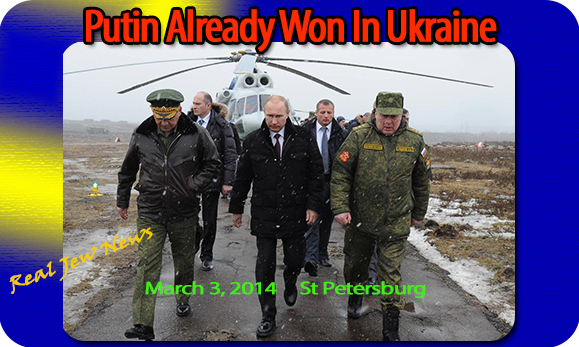 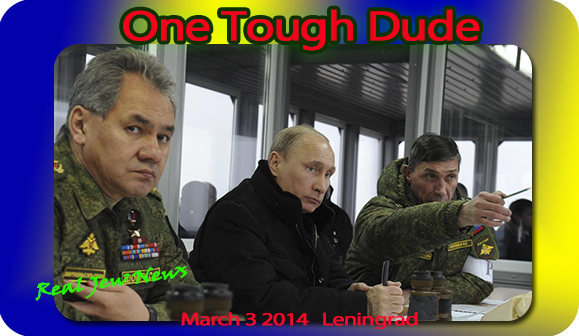 WITHOUT A SHOT being fired, Putin has secured a thorough purge of Ukrainian authority from the Autonomous Republic of Crimea (ARC).


As home to Russia’s Black Sea Fleet in the port of Sevastopol, Putin can now be assured that his access to Egypt, Syria, and Iran—wherein his opposition to the agenda of the Jew-ruled West is bearing fruit—will not be compromised.

It has been proven, ironically by the same Jew York Times, that Crimean “provisional armed forces” of the ARC and NOT Russian soldiers are the ones guarding sensitive infrastructure entities in the peninsula. 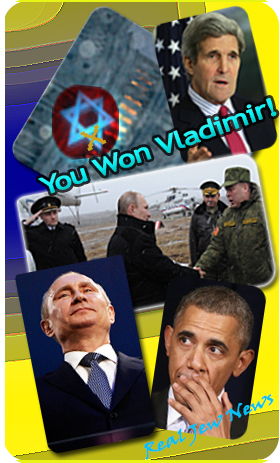 Indeed, the provisional army is made up of Crimea’s own home boys…in their apparently brand new uniforms bought from Russia.

As for Russian soldiers patrolling sensitive areas in Sevastopol and Crimea, CIA Director John Brennan briefed lawmakers today that Russia’s military movements in Ukraine is “permitted” under a 1997 treaty between the two neighbors that allows as many as 25,000 Russian troops in the Crimean region.

“The number of Russian troops that have surged onto the Ukrainian peninsula in recent days remains well below the 25,000 threshold,” Brennan affirmed.

The Crimean government, although it sacked the Kiev-based regional government, will remain part of Ukraine but will strengthen its autonomy as a “federated” republic.

Until the amended constitutional referendum is voted on at the end of March, Crimea remains a provisional autonomous government.

Here’s the lay of the geopolitical land in Ukraine:

2) With the Crimean government organizing its own Defense Ministry;

3) With Ukraine’s Navy Commander Berezovsky pledging an oath to the Crimean people;

4) With an entire Ukraine Air Force Base switching allegiance to Crimea, refusing to take orders from the new, self-appointed government in Kiev;

5) With Ukraine military units refusing orders from the illegitimate regime in Kiev;

6) With the EU unlikely to match the US in threatening sanctions against Russia;

7) With Odessa and two other southern Ukrainian capitals expressing willingness to become a part of the ARC…all that’s left for Putin to do is to put the screws on Kiev and his work is finished.

Putin insists that the illegitimate regime in Kiev MUST comply with the EU-brokered February 21st Agreement which insures a lawful government until the agreed-upon December elections.

The people of Ukraine need to prevent Yats the Yid, Nuland’s Yiddishe boy in Kiev, from enslaving them to the Jew-owned IMF.

Better things are ahead for Ukraine with Christian Putin than with Christ-Crucifying Jews.