Why Was Iran Nixed From Syria Talks? 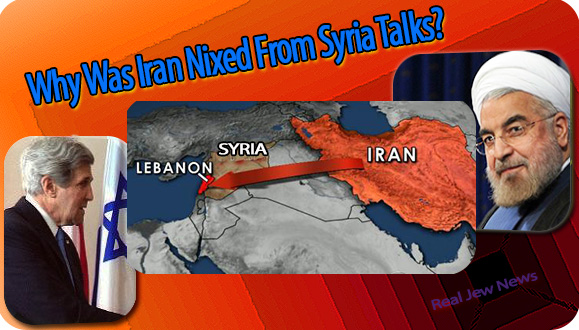 Why Was Iran
Nixed From Syria Talks? 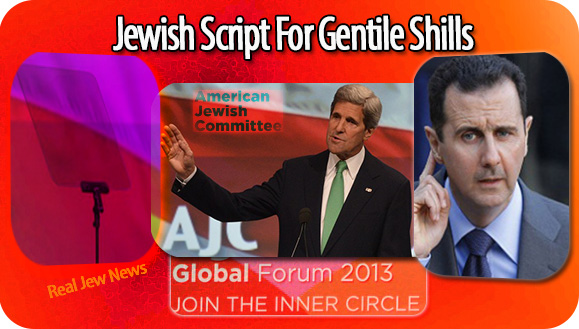 TO UNDERSTAND WHY IRAN was nixed from the Syria peace talks is to discern the underlying foundation of US foreign policy.


The fulcrum upon which US foreign policy turns is the worldview which American Jewry envisions, formulates, and drafts into legislation for its Jew-bought hacks on Capitol Hill to implement.

With events in the Middle East so dear to American Jews vis a vis the hegemonic program of Israel, the emerging influence of Iran strikes dread into the heart of the Jewish psyche.

While many are perplexed by Jew-owned Kerry’s insistence that “Assad must go” — a virtual non-starter for solving the Syria crisis — the more astute see the conflict in wider terms than an internal scenario limited to Syria alone.

The Syrian conflict is a battle for Middle East hegemony between the Israel-Saudi-America Axis and the Iran-Syria-Hezbollah Axis.

The Jewish lie that “Assad is a torturer” or “democracy must replace a dictatorship” is pure Jewish bulls##t designed to deceive the Goyim masses.

Jewry’s aim is to deny Iran the “strategic prize” of the Middle East, namely, Syria’s strategic value that geopolitically reaches from Iran to Lebanon.

And powerful Jewish Lobbies throughout the Western world have shills like Kerry to mouth their “Assad must go” mantra in order to reach their own strategic goals. 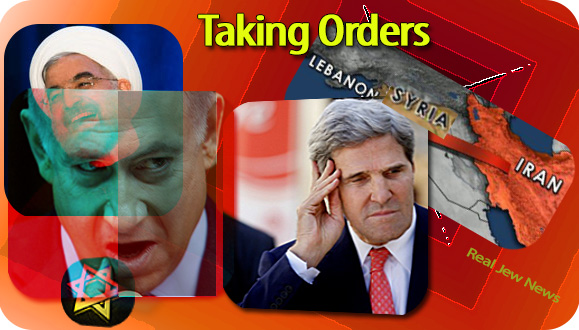 JEWISH SUPREMACY is hitting a brick wall with the emergence of Iran as an economic world power.

At Davos this week, Iranian president Rouhani announced his country’s goal of becoming one of the world’s top ten economies.

Iran’s economic goals hinge on it pursuing a “Greater Middle East” of its own. And Israel doesn’t like the competition.

To Jewry’s chagrin, Iran’s trajectory for the region was summed up by its National Security Council in 2012: 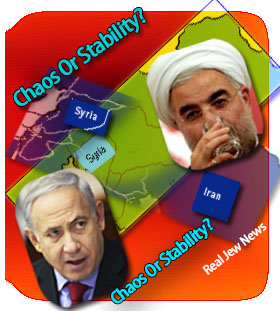 “What is happening in Syria is not an internal issue but an ongoing conflict between the Axis of Resistance and its enemies in the region and the world.

Iran will not tolerate, in any form, the breaking of the axis of resistance, of which Syria is an intrinsic part.” View Entire Story Here.

In Patrick Seale’s, The Struggle for Syria, he argues that those who aspire to control the Middle East must first win over Syria.

“Whoever controls Syria or enjoys her special friendship could isolate other Arab states and bow to no other combination of Arab states,” says Seale.

WE CAN EITHER have a stabilized Middle East with broader Iranian influence OR chaos and bloodshed that Israel and its Saudi ally bring to the region.

But here in Jewmerica we’re stuck with a skewed & jewed foreign policy that bows to Jewish supremacy leaving us the laughing stock of the world.