Fear Of The Jews Articles 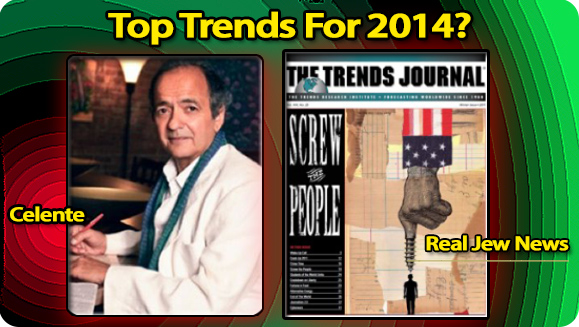 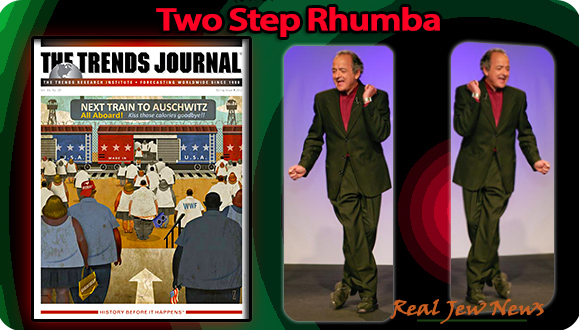 WHAT IS GERALD CELENTE afraid of? That he will offend the Jews who subscribe to his Trends Journal?


In his “Top 10 Trends for 2014″ nowhere does he use the “Jew word” even though JEWS are the agents of financial, political and cultural events in America.

Instead, Celente serves up insipid, no-brainer predictions for 2014.

In lieu of Celente’s sapless forecasts, I offer you, dear Readers, an alternative to his windbag predictions shorn of any fear of the Jews.

But if you subscribe to his Trends Journal you’ll get the full burst of hot air.

• CELENTE SAYS China will buy property all over the world.

What a revelation! But a sixth grader could have told you this. And you’re going to pay mucho bucks to find out what every school boy knows by subscribing to Celente’s Journal?

Suckers are born every minute, a circus man once said.

THE REAL “China buying spree” is that JEWS have enforced a transfer of wealth from America to China via Jewish Wall Street’s offshoring and investment capital.

• CELENTE SAYS a “Great Awakening” will occur in America.

And I own a matzah ball factory in Saudi Arabia. The masses are clueless…more so than ever.

THE REAL “awakening” is knowing that the Goys love their football and fries and swallow the Holocaust hoax.

‘Jews are victims, not us,’ the Gentile thinks to himself. Jewish brainwashing has done a real fine job.

But Celente either doesn’t have a clue or hasn’t the guts to admit the clue.

• CELENTE SAYS America is “Slavelandia” due to “haves” and “have nots.”

That JEWS are the “haves” and Gentiles the “have nots” is forbidden territory for Celente.

THE REAL “Slavelandia” is that the JEW-OWNED Fed is the cause of economic slavery and that JEWS prosper in world markets via their inside info investment portfolios.

Instead, Celente tells us that “fast food worker strikes” is a 2014 trend that will stave off slavery. Pretty lame stuff.

A “higher minimum wage” while inflation rises will NOT free Americans from SLAVERY to the moneyed Jewish class.

You can read the rest of Celente’s “trends” if you hanker for a day of useless reading.

But I warn you, Jew-fearing soothsayers are powerless to tell the truth.

The mark of a truth-teller is one who spreads a table fully furnished with JEWISH NAMES and JEWISH FACTS.

Some people don’t fear Christ-hating Jews. I name the names and serve it hot.

But lukewarm fare Christ said He would SPEW out of His mouth.