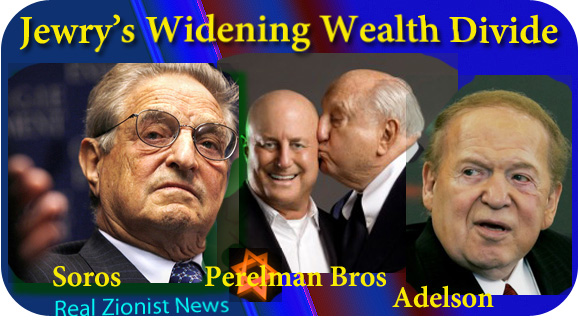 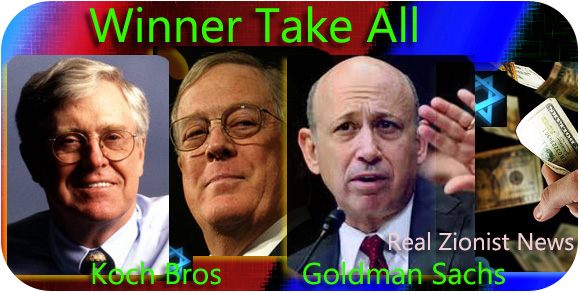 A ‘WINNER TAKE ALL’ political and financial landscape has created a great divide between the Jewish wealthy and the vanishing Gentile middle class.


Thus, not only is the White American middle class being destroyed demographically through Jewry’s promotion of open immigration but economically via Jewry’s advocacy of offshoring US industries abroad.

For since the 1960’s, America has suffered the ever-increasing power of political lobbies and organized money. And it’s American Jewry that dominates both of these potent realms.

No one can deny the fear prevailing over every politician by well-heeled Jewish lobbies, such as the American-Israel Public Affairs Committee (AIPAC), the Anti Defamation League (ADL), and the American Jewish Committee (AJC), when it comes to election prospects.

A PERSONIFICATION of wealth combined with Jewish interests is the billionaire media mogul, Haim Saban, whose office overlooks Los Angeles, but whose world view centers on Israel.

The Jewish press unabashedly boasts that Saban is the biggest donor to American politicians with, of course, the aim of bringing his suppliants into the very same world view.

Organized Jewish money has also wielded the power of the purse in buying influence on Capitol Hill.

In 2007, for instance, when Congress was about to raise the 15% tax rate on the earnings of hedge fund managers — (a rate even less than their secretaries) — it was Jewish Senator Chuckie Schumer who stopped the bill from passing.

But those who have eyes to see blood running thicker than taxes, will counter with: “Jewish Senators care only for their own and NOT their impoverished Gentile constituents. 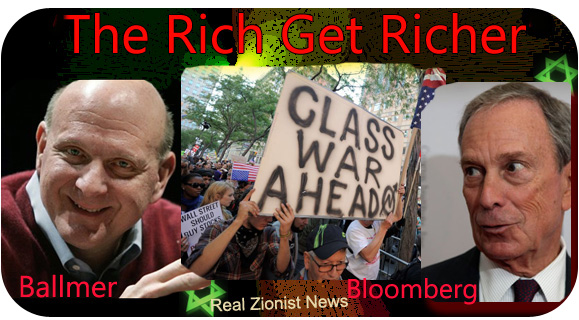 “WE ARE THE 99 PERCENT,” chant the Occupy Wall Street protesters.

Although they are hitting on the crux of the problem in America — the inequality between the rich and the ever-growing-poor — the protesters are not fully aware of just who makes up the remaining one percent.

It’s in our faces if we can only remove the ‘politically correct’ veil that our Jew-ridden culture has placed over our eyes.

For on the cover of Forbes magazine’s, “Forbes 400 - The Richest People In America,” not only are two disgustingly rich Jews shown kissing each other, but the subtitle, “the rich get richer,” specifies the Jews, George Soros and Mark Zuckerberg, as among the top 20.

And they’re not the only Jews in the top 20. Also listed are: Larry Ellison of Oracle; Koch Brothers (who infiltrated the Tea Party); Sheldon Adelson, (known as the “Casino King”); Michael Bloomberg, Mayor of NYC; and Steve Ballmer of Microsoft. 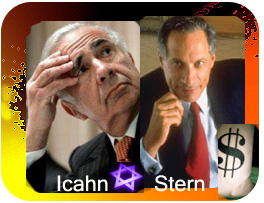 WHAT FURTHER PROOF do we need that evinces a great divide between the Jewish rich and the Gentile growing poor? And with our jobs shipped overseas by Jewish Wall Street, this great divide will widen into an impassible chasm in the next five years that no Gentile will be able to cross. 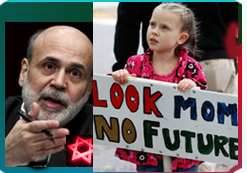 The Jewification of America will continue its programme of mass destruction of the economy, culture, and political life of our once balanced nation creating further inequality and civil unrest agitated by agent provocateurs.

Pretexts for extreme police reactions (as we are now witnessing in the Occupy Wall Street movement) will prompt a “false flag” and an ensuing declaration of martial law.

After the next election, (the Jews will get their man as always), prepare for food shortages, power outages, blackouts and communication curtailments. And yes, you have been warned…

And: The Jews Who Run Wall Street Click Here