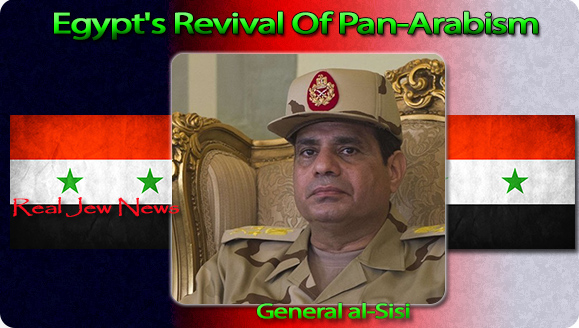 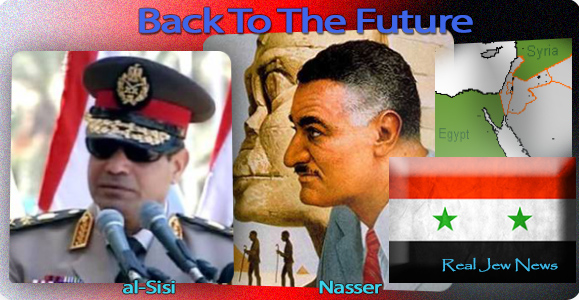 ISRAEL IS BETWEEN A ROCK and a hard place with regard to the ousting of the Muslim Brotherhood in Egypt.


While an Islamic Republic on Israel’s western border gives rise to a unified threat vis-a-vis the Muslim Brotherhood and Hamas, a military takeover with General al-Sisi at the lead—an Arab nationalist known as the “Eagle of the Arabs” in the tradition of Saladin—a greater threat to the Jewish state in the form of a Pan-Arab revival is in the making.

Jewry has chosen the lesser of two ‘evils’ favoring the military dictatorship and continues to maneuver the chess pieces in what it thinks is in its short term interests.

But a long shadow cast by pan-Arabism looms large over the Jewish state in the far-reaching scheme of things.

The question of continued US aid to Egypt of 1.3 billion annually now comes into play.

(With a 94% approval rate in a recent Egyptian poll, the army remains the most trusted institution in the country with widespread popular support. The General himself enjoys “fireproof” support and with Saudi Arabia pledging to replace US aid to Egypt, al-Sisi has room to line up his geopolitical options.)

The benefit to Israel of America’s aid to Egypt still exists whether it’s the Muslim Brotherhood in control, or the Egyptian military, or a future (if any) popularly elected civilian government. 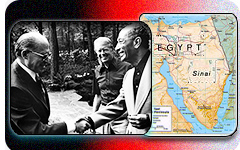 Evidently, the US-trained al-Sisi knows how Jewish power works in America and that the US would bend over backwards not to call it a “military coup” in order not to give Egyptian military the excuse to break the 1979 Camp David Accords signed by Anwar Sadat and Menachem Begin and so have the opportunity to turn to Russia and Iran.

From the General’s carefully framed rebukes of Morsi for breaking off diplomatic relations with Syria, and fearing Morsi would send the Egyptian army into Syria (at the behest of the Western powers), al-Sisi may have his own old pan-Arab and Baathist ideologies, harking back to the short silver age of the anti-Communist United Arab Republic.

The UAR was a short-lived union between Egypt and Syria beginning in 1958 and ending in 1961. But due to political and economic problems along with Nasser’s nationalization policies creating dissension, it led to the UAR’s unraveling when Syria pulled out.

Yet there was and still is a huge potential for the restoration of the UAR which at one point also included Iraq in a brief revival of the union in 1963.

Egypt continued to be officially known as the “United Arab Republic” until 1971. If the UAR was in existence today it would be the 25th largest nation in the world.

Although Nasser’s nationalization policies led to the UAR’s demise, pan-Arabism still lives in the hearts of Arabs across the Middle East. 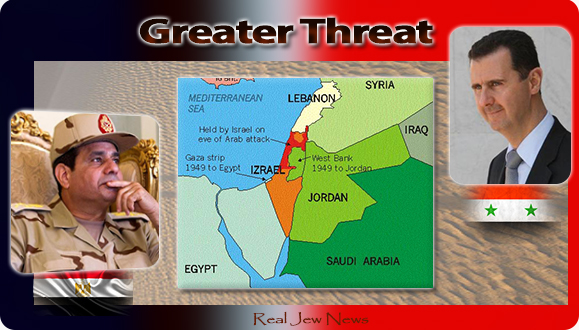 THE PRESIDENT of the United Arab Republic was Gamal Abdel Nasser…hated and feared by Israel and international Jewry.

(During the early years of its existence (1958–1961), the UAR was a member of the United Arab States, a confederation with North Yemen.)

As a pan-Arabist, Nasser, (member of the “Free Officers” that toppled King Farouk in 1952 led by General Muhammad Naguib and Anwar al-Sadat), banned the Muslim Brotherhood and began to rule in 1954 as a firm dictator.

General al-Sisi—influenced by 89 year old Mohamed Hassanein Heikal who was a close confidant of Nasser—will doubtless pursue the pan-Arabism of his military predecessors … casting a long shadow over Israel that in the long term does not bode well for the imperialist Jewish state.

In step with Nasser’s secular government which protected both Egyptian Muslims and Christians, al-Sisi is following suit given his promise to rebuild the churches burned down by the Muslim Brotherhood in the aftermath of Morsi’s ousting.

Thus Islamic scholar Sheikh Imran Hosein is urging Egyptian Muslims and Coptic Christians to build common ground with which to jointly resist international Jewry and its plans to attack Iran and Pakistan as well as Egypt via its new NATO-controlled (thus Jewish-controlled) Libyan client state.

With regard to al-Sisi routing out ‘jihadists’ in the Sinai (Western-backed/Shin Bet operatives and dupes?) who have been ineffectively lobbing bombs at Eilat, the General is pre-empting Jewish justification for another Israeli invasion of the Sinai.

The Sinai is too valuable a property both geopolitically and economically—ripe for energy development—for Egypt to let it go to Israel’s covetousness and imperialist designs. 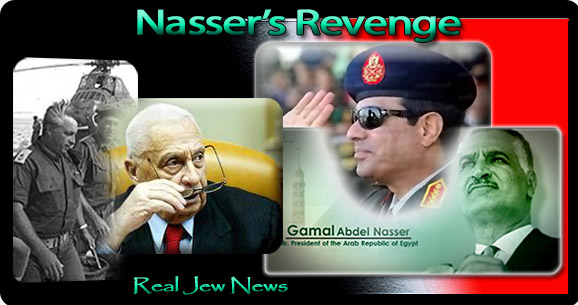 THE UNITED ARAB REPUBLIC adopted a flag based on the Arab Liberation Flag of the Egyptian Revolution of 1952.

The flag’s two stars represented the dual coalition of Egypt and Syria. This continues to be the flag of Syria to express its commitment to Arab unity.

But owing to the colonization funded by the Rothschild Dynasty of a “land with a people for a people stealing other people’s land,” the six-pointed occult star of Judaism was fixed as a ‘false flag’ amidst Muslim and Christian Arabs.

In 1963, Iraq established a flag that was similar to the UAR flag but with three stars, representing the hope that Iraq would be part of a lasting coalition. The current flags of Egypt, Sudan, and Yemen are also based on the Arab Liberation Flag of horizontal red, white, and black bands. 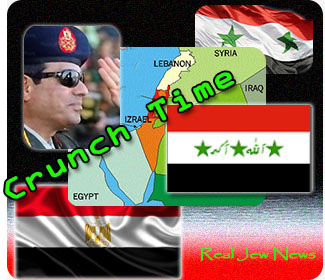 The Six Day War of 1967, orchestrated and provoked by Israel and international Jewry, set the stage for a diminished role of Nasser and the eventual demise of pan-Arabism with its United Arab Republics power base and potential for its restoration and expansion.

The idea of a federated UAR composed of Egypt and Syria is still sound…especially if operating under the Baathist pan-Arab political philosophy which being secular in Syria, accommodates Arab Muslims, Christians, and Druze. Al-Sisi is the right man in the right place to pull it off.

With the passage of time a new agreement and constitution can be hammered out by each country for a new United Republic.

International Jewry with its control of the US military and NATO would resist this.

For a long shadow of Arab nationalism hovering over the Jewish state—nemesis of the world and threat to global peace—would hem it in from the north and south by a united Egypt and Syria with Iraq and Yemen waiting in the wings to join their Arab brothers.

A new “Nasser” in the likes of al-Sisi is emerging in the Arab world—who, much wiser and calculating—understands what Jewish power is all about and how to oppose it.