Original Sins Against The Palestinian People 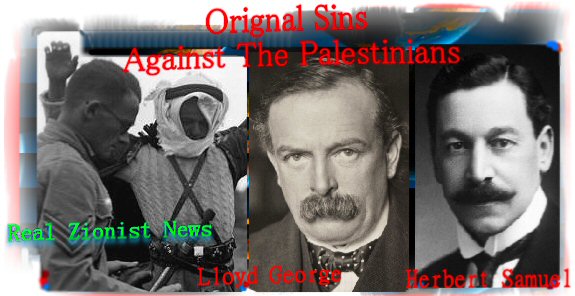 ORIGINAL SINS
AGAINST THE PALESTINIAN PEOPLE 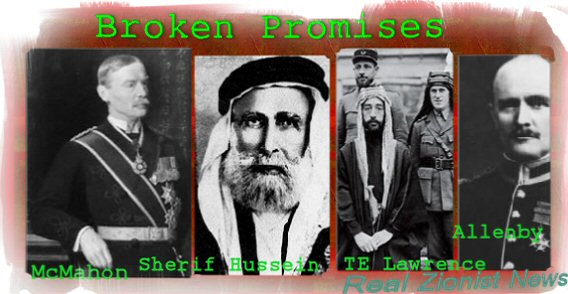 PALESTINE REMAINED prior to WW I under the dominion of the Ottoman Empire.

Subjugation to the Ottomans necessitated the Arabs to fight for Turkey, an ally of Germany, in the first stages of the War.

However, in the course of the year 1915, a series of letters was addressed to the Sherif Hussein of Mecca by Sir Henry MacMahon, the High Commissioner of Egypt, in the name of the British Government.

MacMahon promised the Arabs independence if they would fight on the side of the Allies.

Leaflets were also thrown from British aeroplanes with appeals addressed “To the Arab soldiers in the Turkish army in Palestine” calling on them to win their freedom.

In addition, General Allenby, commander of the British Army in Palestine, posted a Proclamation in every village assuring the Arabs that their support would confer upon them an “administrative authority” on which “no outside government” would be imposed.

As a result of these promises the Arabs deserted the Turkish armies and entered the War on the side of the Allies.

Meanwhile, a different plan was hatching in the brains of leading Jews in England—the old Zionist plan of a Jewish Palestine.

STAB IN THE BACK

AS EARLY AS 1915, Prime Minister Asquith recorded in his diary that a scheme for an Israelite State was put before him by the Jew, Sir Herbert Samuel, in the form of a memorandum headed, “The Future of Palestine.”

Asquith regarded the plan as “rife with complications” and “an unnecessary addition to our responsibilities.” The Jewish-owned press retaliated by painting Asquith as a “Kaiser lover” forcing him to resign in 1916. He was replaced by the Zionist pawn Lloyd George.

Pursuing their scheme under a new government, the Zionist plan was finally launched in the name of Lord Balfour, appointed by Lloyd George as foreign secretary. 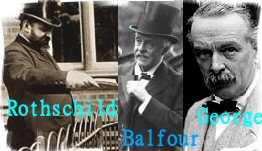 On November 2, 1917, Balfour was ‘persuaded’ through the efforts of Baron Walter Rothschild and Chaim Weizmann to append his signature to the infamous Declaration that bears his name.

Championing the Zionist cause, Balfour advocated the “establishment in Palestine of a national home for the Jewish people.”

This was incompatible with the promise given two years earlier to the Arabs.

For however the idea of a Jewish “national home” might be interpreted, it was for the Palestinians, once independent as promised by Great Britain, to offer this hospitality.

THE ULTIMATE AIM OF EARLY ZIONISM was not just to create a Jewish state but to galvanize the dispersed Jewish people into a unified political organism resulting in the creation of Pan-Judaism.

“Our goal is to consolidate world Jewry into a sovereign political entity which will provide an economic and social solution not only for the Jews but for the entire world.” View Entire Story Here.

According to Herzl’s plan, the “solution” would first take place in Palestine. It would then proceed by establishing Pan-Judaism under a Zionist colour that would encompass the Western world.

Indeed, Pan-Judaism’s economic and social solution has been foisted upon the entire West. Yet the Middle Eastern world resists being subdued by the Judaic plan.

For all of Herzl’s ‘brilliance’ - he failed to grasp the depth and resiliency of Palestinian nationalism wherein the indigenous Arab people would oppose a Europeanized-Judaic culture planted unnaturally in their midst.

(The collapse of political Judaism appears unavoidable. Jesus Christ does not need a Jewish State to return to. He ended Judaic polity once and for all and mocks it. And the anti-Christ can build his own temple with or without a Jewish Jerusalem.)

TO THIS DAY, the entire Middle East remains a fixed Arabic culture possessing an inherent incompatibility with imperialist Pan-Judaism.

The recent visit of Ahmadinejad to Southern Lebanon where he promised before cheering crowds to “protect” the Lebanese people against Israeli aggression is proof enough of the “depth and resiliency” of transcendent Arabic nationalism.