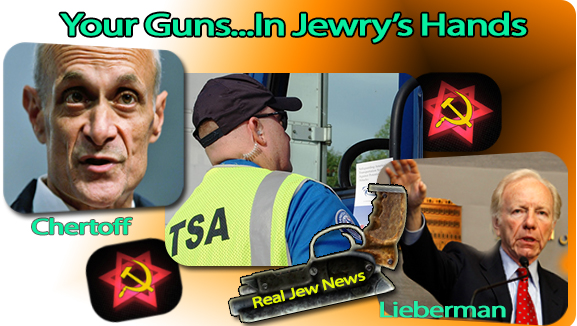 YOU CAN SEE IT COMING a mile away…


For in the aftermath of Sandy Hook with all the Jewish-driven clamoring for tighter ‘gun control,’ we can now expect the rolling out of a greatly expanded role for Homeland Security and its grope your groin arm…the TSA.

The propaganda for even more Jewish control over our lives AND our private property, especially guns, is now in full swing…and the Jewish-owned press is exploiting the massacre of young children to advance its manipulation of the minds of the masses.

In an OpEd on NBC News, (Jewish-owned), an “Israeli model” for gun control is being hyped, plugged, and expectantly swallowed by zionist dupe, Jew-loving, ‘evangelical’ christians.

The deceptively titled article, “Conn. massacre: Lessons from Israel, Where Guns Are a Way of Life,” penned by Jewish journalist (why, of course, a Jew!) Paul Goldman, would have the reader think that it’s a piece that all advocates of the 2nd Amendment would applaud. NOT SO. 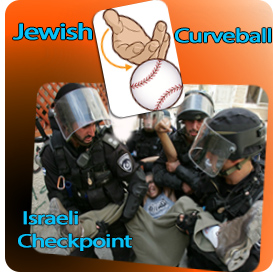 THE JEWISH PROPAGANDA gets thicker as the article proceeds.

The author spins the deception (you must always watch these Jews very carefully) that while “young soldiers carrying M16 rifles are a common sight on main streets” in Jerusalem or Tel Aviv, at the same time, “ownership of assault rifles by a private person is forbidden.”

Foul! EVERY young Israel citizen MUST enlist in the Israeli army, (it’s the LAW…compulsory enlistment for both men and women), and that’s why “young soldiers carrying M16 ASSAULT rifles are indeed a “common sight.”

Yet, Goldman would have us swallow that “private persons” are “forbidden” to own “assault rifles” in Israel.

What do these young soldiers do with their M16s once they get home from the streets of Jerusalem and Tel Aviv? Throw away their assault rifles until they go back to their military barracks? Tel Aviv us another one Mr Goldberg!

Do you see the Jewish strategy here? Goldman hypes the “Israeli model” for a Jewish police state in America complete with “gun checks” at every mall, theatre, and highway, AND a total disarming of the gullible goyim. 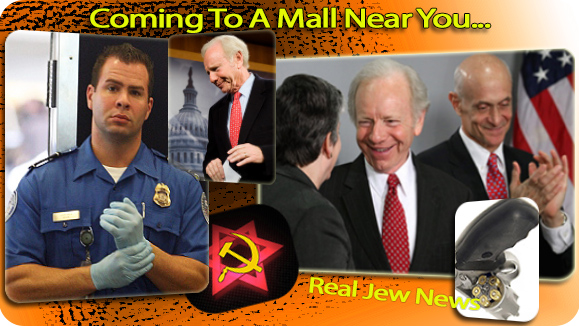 And ALL of the gullible ‘evangelical’ pro-gunners will go along because America will be following their Jewish masters’ lead over in Israhell.

And soon, the Goys will be surrendering their guns (and souls) to the Jews at every “Gun Watch” station…coming NEXT to a theatre, highway, and mall near you…