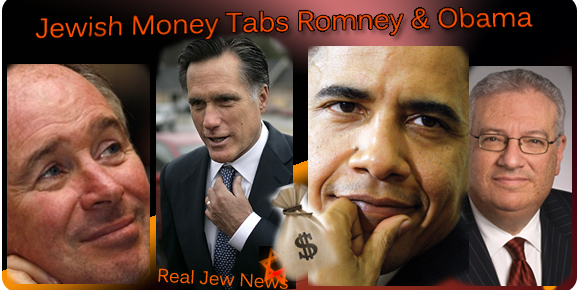 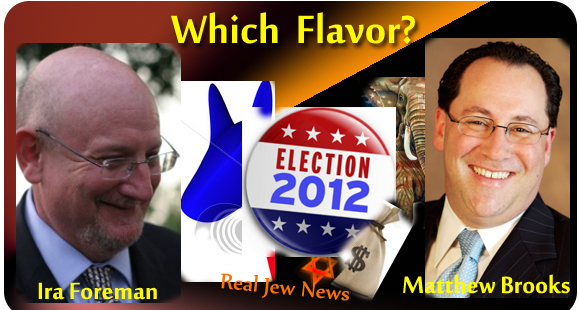 SOME CALL IT ‘HEDGING YOUR BET’ while others call it ‘playing both sides.’ But it ALL amounts to the same thing: Jewry CONTROLS the elections.

If we simply follow the money, it appears that our choice has already been narrowed down to two Zionist lackeys: (with Huntsman in the wings as a “sleeper” candidate and Ron Paul sidelined by the wretched Jew-owned media) Romney and Obama.

And what is the Jewish agenda? Growing up as a Jew, this author never heard during a presidential election with regard to any of the candidates, “Is he good for America?” NO, never.

What I did constantly hear was, “Is he good for the Jews?” And that is the ONLY candidate that can possibly be nominated by either party.

This is because international Jewry controls both the money and the media that goes into the “making” of a presidential candidate. Period. View Entire Story Here & Here. 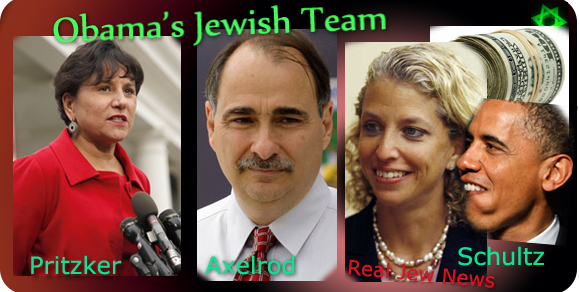 The article points out that although Obama faces a loss of Jewish funders due to his Middle East policy, his Jewish supporters from his 2008 race show no defections for 2012.

Alan Solow, former chair of the Conference of Presidents of Major American Jewish Organizations (there are literally HUNDREDS of Jew organizations) and a major Obama fundraiser, said the “would-be donors” in his Rolodex are “responding” just fine.

And Jack Rosen, Chairman of the American Council for World Jewry, (one of the HUNDREDS of Jew organizations infesting America), who hosted a campaign fundraiser attended by Obama in November, boasted that it “wasn’t difficult” getting his people to contribute. 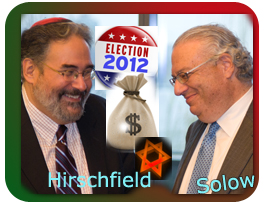 As The Forward so pithily points out, Obama’s only problem with Jewish voters is that there aren’t enough of them.

Using high profile Jewish figures to “assure” deep-pocketed Jewish voters that Obama is “back on track” with a Pro-Israel platform, the “team” is announcing that their efforts have reaped overwhelming results.

Both the Jew, Dennis Ross, a former senior adviser to Obama on the Middle East with close personal and communal ties to the Jewish community (Ross led the effort to block a Palestinian move for statehood via the U.N.) and Daniel Shapiro, Obama’s new ambassador to Israel, are actively working on the incumbent’s behalf by plowing the money-field of their fellow tribe members. 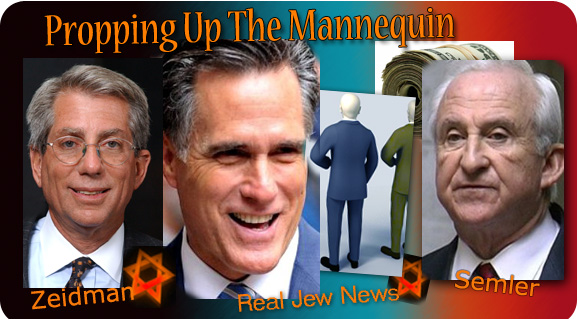 “ROMNEY’S JEWISH BACKERS are a who’s who of the Republican Jewish establishment,” reports the Jewish Telegraphic Agency.

“Every major Jewish Republican fundraiser is with Mitt,” says Houston Lawyer, Fred Zeidman, a leading donor to the Romney campaign. And Jewish shopping center mogul, Mel Sembler, is also on board (along with hundreds of his RICH Jewish friends), to catapult the mannequin into the Oval Office. 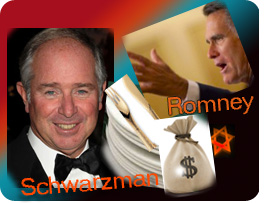 BUT THE REAL INDICATION that Romney’s got the nomination sewed up is Jewish Wall Street’s hedging their bets between Mitt and Barky.

Fundraising receptions for Mitt at $2500 per plate are also on Jewish Wall’s Street menu.

While we can’t count Huntsman out yet, (the Jews didn’t bring him back from his ambassadorship to China for nothing AND he IS touting the Zionist line ALTHOUGH a marked man for NOT demanding a STRIKE on Iran), it looks like America will be STUCK with TWO JEW-PUPPETS to vote for in November 2012.