The Menace Of The Jewish-Run State 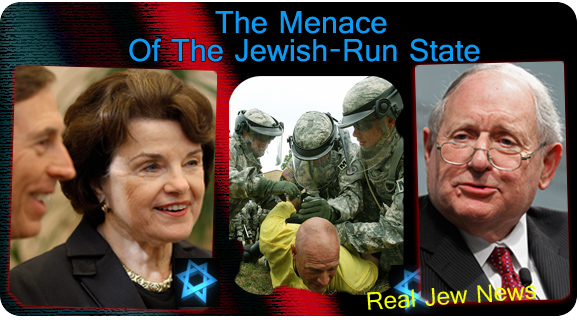 THE MENACE
OF THE JEWISH-RUN STATE 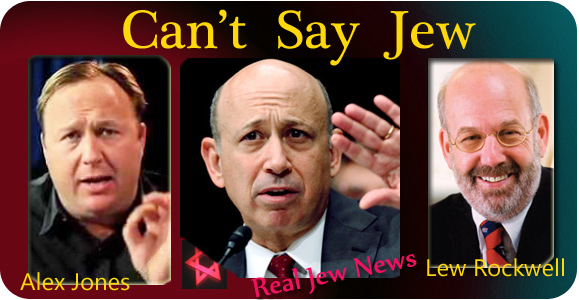 FAILING TO IDENTIFY the Jewish names of those who run our totalitarian state is endemic among “internet” journalists who wish to be recognized as reliable reporters.


The Ludwig Von Mises Institute, for instance, a Libertarian Research Center, and the Website of the Institute’s Chairman, Llewellyn H. Rockwell Jr of LewRockwell.com, will hardly even use the appellation, “Zionist,” let alone “Jew,” in signaling out the plethora of Jews who run the state apparatus that the Von Mises and Rockwell sites so fervently wage war against.

Then, of course, there’s Alex Jones, who in his daily rants against “globalists” — “elitists” — “banksters” — and all those naughty “insiders” — just can’t seem to bring himself before his Jewish advertisers and Jewish radio syndicate owners to identify the masters of Jewry who operate the “police state” that he is so dedicated to “exposing” … yet not quite … given his fear of naming Jewish names.

And, yes, lamentably, the very best of the “investigative” bunch, Paul Craig Roberts, former Assistant Secretary of Treasury under Ronald Reagan, can do no more than to confer generic identities on the culprits who are destroying America: the “corporate owned media,” the “presstitutes,” the “special interest groups,” and the “military/security” regime. 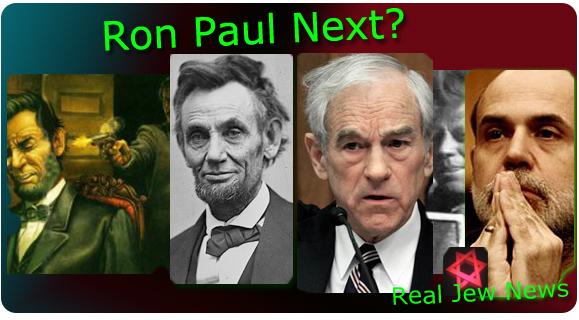 Thus, for the sake of those who come away half-filled, half-empty, and for most of us, downright disappointed with the half-baked reporting that characterizes the likes of our libertarian and truth-movement friends above, here is a list (and you can check it twice for Chanukah) of the key Jewish masters who run our totalitarian, one-party, police state:

These Jews (Dimon’s parents were heirs of Jewish banking moguls from Smyrna) print the money (at interest) that the US military is dependent on for waging their ceaseless wars around the globe.

For some strange reason…well, not too strange since the patron saints of the Libertarian movement are two Jews: Ludwig Von Mises and his Jewish disciple, Murray Rothbard…Lew Rockwell just can’t seem to muster up the courage to IDENTIFY THOSE WHO RUN THE FED AS JEWS.

Oh, and by the way, if Ron Paul is ever in a position to “End the Fed,” then that will LITERALLY be the “end” of Ron Paul. (It happened to Kennedy, McKinley, Garfield, Jackson [survived] and Lincoln.) 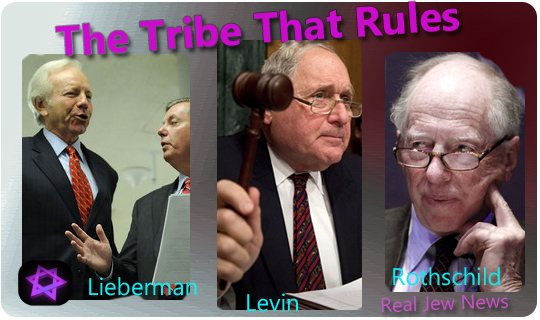 These Jews run our soon-to-be-filled FEMA camps, our Security State, our police forces, and our Jewified US Military — all of whom, Alex Jones cannot bring himself to NAME THEIR JEWISH NAMES AND IDENTIFY AS JEWS. 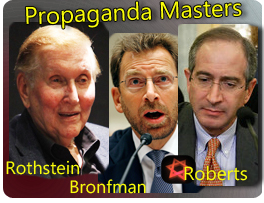 These Jews are the “presstitutes” — the propaganda masters who decide for whom the American sheeple can vote) — of whom, Paul Craig Roberts cannot bring himself to NAME THEIR JEWISH NAMES.

Well, as for me, I like to KNOW just WHO is ruling us and WHAT THEY LOOK LIKE. I think this is pretty good idea, don’t you?