The New ‘Anti Semites’ Of Our Times 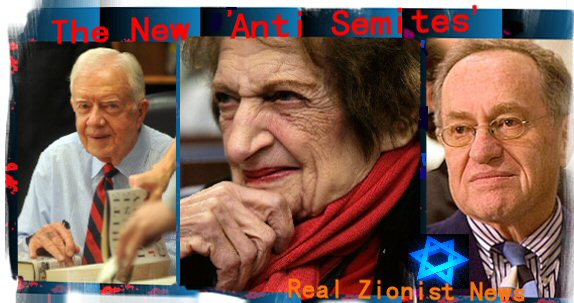 THE NEW ‘ ANTI SEMITES ‘
OF OUR TIMES 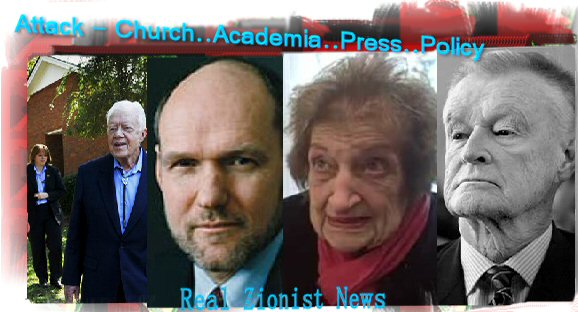 
The last frontier in Jewry’s conquest of Western society — the power bloc with the potential to oppose the Zionist agenda — is the American Middle Class.

All other facets of our society are now safely in the hands of the Jews: Finance, Monetary policy, Press & Media, Education, Academia, Politics, Domestic & Foreign policy, and Culture.

As always, whenever a Gentile figure emerges with a view that doesn’t pass muster with the prevailing Jewish world view, a full onslaught of Judaic venom spews forth.

Symbolic of Jewry’s dismantling of the White Middle Class is its recent attacks on Jimmy Carter, Stephen Walt, Helen Thomas, and Zbigniew Brzezinski.

These four white Gentile Americans are emblematic of the four main institutions targeted by American Jewry:

-1- The Church (Carter is an avowed evangelical Christian) -2- Academia (Walt is a Harvard professor) -3- The Press (Thomas was a legendary White House Correspondent) -4- Foreign Policy (Brzezinski is, of course, the high-profile foreign policy analyst and Globalist string-puller). 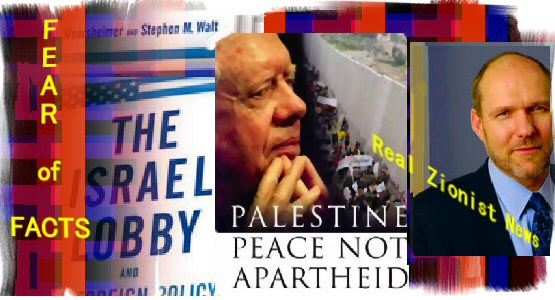 ALONG WITH JEWRY’S LAWSUIT against Jimmy Carter, the verbal assault on his fellow ‘anti Semites’ — Walt, Thomas, Brzezinski — remains at feverish pitch.

First of all, five New York Jews and their Jewish lawyer recently filed a class action suit for $5 million dollars against the former president.

The plaintiffs argue that Carter made “misleading statements” with the intent to “deceive the public” in his book, “Palestine - Peace Not Apartheid.”

This is the gratitude Jewry shows to Carter for his Camp David accords that rid Israel of a major threat on their western border. View Entire Story Here & Here.

This past January, Steven Walt, author of “The Israel Lobby,” was painted an enemy of the Jews by The Atlantic’s Jewish writer, Jeffrey Goldberg, in four successive articles. 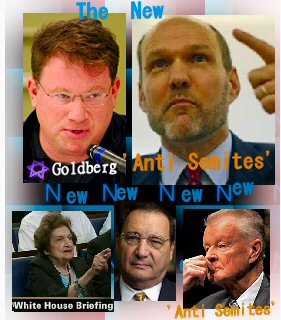 Helen Thomas enrolled herself in Jewry’s permanent black list when she told an audience at Wayne State University that “Congress, the White House, and Wall Street are owned by the Zionists…taking America in the wrong direction.”

The Anti Defamation League immediately brought out their shop-worn canard, “anti-Semite!,” characterizing Thomas’ remarks as being “animated by a deep-seated anti-Semitism.”

The University rewarded this voice of truth by cowing to the ADL’s demand that their Helen Thomas Spirit of Diversity Award be terminated. (So much for awarding “diversity” of opinion.) View Entire Story Here, Here, Here & Here.

Political commentator, Zbigniew Brzezinski, has been ducking Jewish darts for his views on a sensible policy toward Iran and for criticizing the Jewish establishment for “operating not by arguing but by slandering, vilifying, and demonizing.” 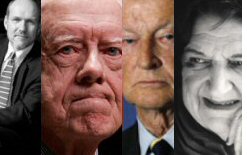 Too popular for Jewish censorship in the press — academia (led by Alan Dershowitz) and political pundits did the dirty work on Brzezinski — accusing him of engaging in “anti-Semitic demagoguery.” View Entire Story Here, Here, Here & Here.

THESE FOUR PUBLIC FIGURES are the new “Anti-Semites” of our times. (’Zorba’ composer, Mikis Theodorakis, just declared himself an Anti-Semite!)

Although painted as villains, they share the ability to state the facts. And American Jewry fears nothing more than the facts…

And: The Jewish Ban On Franklin Graham Click Here