Ahmadinejad - Guts To Tell The Truth

— AHMADINEJAD —
GUTS TO TELL THE TRUTH 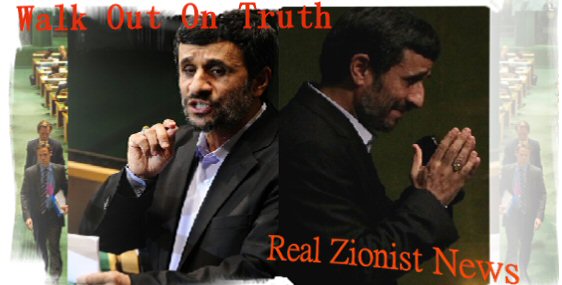 THE ONLY WORLD LEADER with the guts to tell the truth these Zionist-censoring days, is Muslim President of Iran, Mahmoud Ahmadinejad.

And although the Iranian President boldly told the UN Assembly last week that “9-11 Was An Inside Job,” the American delegation and all of its European puppets walked out on the truth-teller, calling his proven statements “hateful and offensive.”

Why? Because the Zionist-controlled US diplomats fear to offend their Jewish enablers like AIPAC and its subsidiary, the Washington Institute for Near East Policy.

In another truth-telling moment, Ahmadinejad remarked to NBC’s Andrea Mitchell on 15 September 2010 that “Obama is controlled by the Zionist Lobby in America.”

Ahmadinejad expanded his assertion by defining Zionism as an ideology aimed at displacing the Palestinians from their rightful homeland:

“Zionism is the widely accepted belief that Israel belongs to the Jews because they are the chosen people.

This belief has displaced millions of Palestinians who lived there prior to the Zionist invasion.” View Interview Here.

And in his 23 September 2010 UN speech, the Iranian president outlined the chronicle of Zionism’s ethnic cleansing of Palestine and its hijacking of truth: 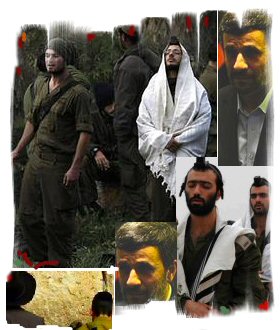 “The oppressed people of Palestine have lived under the rule of an occupying regime for 60 years and been deprived of the right to self-determination while the occupiers are given recognition.

On a daily basis, their houses are being destroyed over the heads of innocent women and children. People are deprived of water, food and medicine in their own homeland.

The Zionist regime attacked a humanitarian flotilla in a blatant defiance of all international norms and murdered many civilians.

This regime regularly threatens the countries in the region while Palestinian defenders and those opposing this regime are pressured, labeled as terrorists, and called anti-Semites.

All values, even the freedom of expression in Europe and America are being sacrificed at the altar of Zionism.” View Speech Here.

And for this — articulating acknowledged facts — the US (a colony of Israel) and its European shills, walked out on Ahmadinejad, the one world leader with the guts to tell the truth.

Indeed, the Zionist-led West wishes to destroy Iran — not for its “nuclear programme” — but for being independent of Jewish control and for its influence with Hezbollah which remains a persistent obstacle against Israeli attempts to invade Southern Lebanon in order to seize their water resources.

THE REAL THREAT?
MUSLIMS OR JEWS?

A THREAT MORE PERNICIOUS and more further along than Iran’s nuclear capabilities and its attendant “Muslim threat,” is the Judaic contagion currently spreading its poison throughout America and the Western world.

However, the basic fare for public consumption about what threatens America: “Muslim terrorists” … “Sharia Law” … “Burkas & Muslim Garb” … is being force-fed to Americans by the press, Congress, and the White House — all dominated by those who subscribe to a Zionist world-view.

Swallowing the Zionist-Jewish line, the American sheeple have been convinced that “Muslims” will blow up bridges, hijack airplanes, and bomb US skyscrapers.

But in truth, with Jews dominating every sphere of America’s infrastructure: banking, politics, the press, Hollywood with its filth and sexual depravity, academia, the courts, (3 Jews on the Supreme Court), it is the Zionist quest to install a Judaic World Order that presents the greatest peril to our nation. 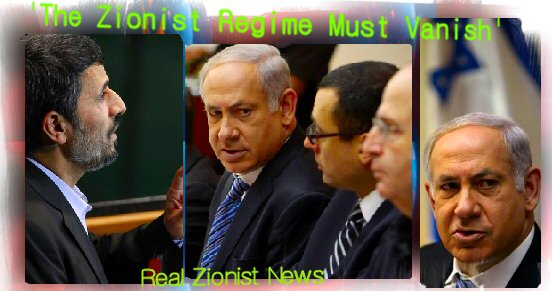 JEWISH APOLOGISTS HAVE TWISTED Ahmadinejab’s statements to make him appear as a “menace” to the Western world.


Painting Ahmadinejab as a monster by falsely quoting him as saying, “Israel must be wiped from the map,” it was the New York Times, owned by the Jewish Sulzberger family, that spread the malicious rumor.

But truth be told, in the Farsi language of Iran there is no such idiom: “wipe off the map.”

What Ahmadinejab actually said was: “The Zionist regime occupying Jerusalem must vanish from the page of time.”

AND SO, it’s high time that the “Muslim threat” be counterpoised by the “Zionist threat” - that men like Ahmadinejab, independent of Jewish control - have courageously exposed.

Will the people of America some day realize that their Christian world-view and freedom of public discourse has been subverted by Jews and not by Muslims?

Or will Americans continue to send their sons and daughters (Jews don’t die in ‘New American Century’ wars) to their deaths to fight against Zion’s enemies…?