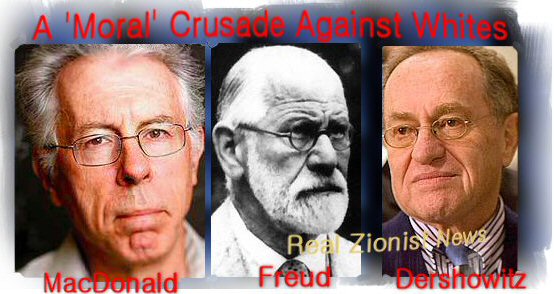 Brother Nathanael: You recently wrote an article contrasting the early Puritans with organized Jewry’s “moral crusade” against American whites. Can you elaborate?

Kevin MacDonald PhD: First, let me clarify what the Puritans were trying to do before we talk about Jewry’s designs.

Puritan religiosity aimed at creating a morally perfect society. This ethic continued with the Congregationalists who were against slavery — not so much because they cared about the welfare of slaves — but because of their desire to set up a millennial kingdom as a precondition for the Second Advent of Jesus Christ.

Br Nathanael: What does this observation have to do with the current Jewish problem in America?

Kevin MacDonald: I use this understanding of the Puritan ethic to plumb the depths of WASP pathology.

You see, all of the Jewish intellectual movements of the 20th Century involved in areas such as Freudian Psychoanalysis, Marxism, and Jurisprudence — spheres through which Jewry took control of our universities — were aimed at some kind of “moral perfection.”

The Jews knew their target well. For moral idealism is the weak spot of WASP America.

Kevin MacDonald: The best strategy for a collectivist group like the Jews for destroying European Whites is to convince the Europeans of their own moral bankruptcy.

Judaism is presented as morally superior to European Christianity and European civilization as morally bankrupt. The consequence is that once Europeans are convinced of their own moral depravity, they will destroy their own people in a fit of altruistic punishment.

Thus the intense effort among Jewish intellectuals to continue the ideology of the moral superiority of Judaism and its role as an undeserving historical victim while at the same time continuing the onslaught on the moral legitimacy of the West. 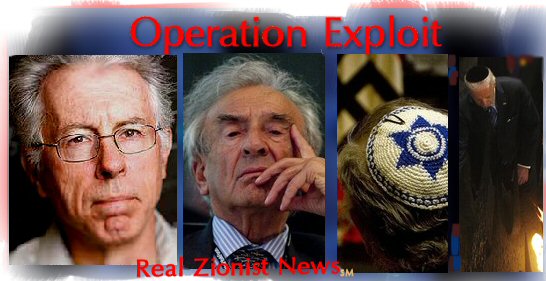 JEWISH GUILT TRIPS
Br Nathanael: Are there examples of Jews using moral issues for the exploitation of WASPS?


Kevin MacDonald: Look at the neocon movement, primarily led by Jews, as an example of Jewish exploitation.

In order for the neocons to justify two wars ultimately waged for the benefit of Israel, they framed the wars as great moral crusades. But the results in both Iraq and Afghanistan have been just the opposite.

America is bogged down in entangling alliances and endless military interventionism with as many nations as possible all in the name of a Jewish-inspired Great Moral Cause. And it is Gentile youth who are dying for their crusades, not Jewish youth.

Br Nathanael: What about the Open Immigration Law of 1965 which was promoted by American Jewry? Was exploiting moral idealism used to get that legislation passed?

Kevin MacDonald: Prior to the passage of the Immigration Law which has turned America’s domestic life into a multicultural nightmare, Judge Simon Rifkind expressed the distorted (and lying) view of Jewry on how America should approach immigration:

“We Jews conceive of Americanism as a tolerant way of life that was devised by men who differed from one another vastly in religion, race background, education, and lineage,

These men agreed to extend a welcome hand to people of different races, all religions, and of all nationalities.” View Entire Story Here

Br Nathanael: You call this a “lying” view?

America was founded by men of the same European race and sharing the same religion that was Protestant in essence. And they resisted open immigration vigorously up until Jewry had its way in 1965. Jews simply love to make history over in their own image to promote their own interests, not America’s.

HYPOCRISY IN OUR FACES
Br Nathanael: Is there any hypocrisy involved in Jewry’s moral crusade against White sensitivities to moral issues?


Kevin MacDonald: The hypocrisy is right in our faces if we only have the courage to look at it.

When it comes to Israel, Jews are remarkably immune to moral crusades. Then it’s ethnic politics with a vengeance where lofty ideals about multi-racial immigration are non-starters.

Br Nathanael: Getting back to contrasting the early Puritans with Jewry’s present moral crusade, how would you sum it all up?

Kevin MacDonald: The main difference between the Puritan New Jerusalem and the present multicultural one is that the latter will lead to the demise of the very White people who are the mainstays of the current multicultural Zeitgeist.

The ultimate irony is that without altruistic Whites willing to be morally outraged by Jewry’s violations of the ideals they promote, the multicultural New Jerusalem is likely to revert to a Darwinian struggle for survival among the remnants.

And the Jews, who erected their promised land on top of this multi-racial graveyard, will have no high-minded descendants of the Puritans left to finance their moral crusades.

And: The Jewish Conspiracy Behind The Open Immigration Law Of 1965 Click Here