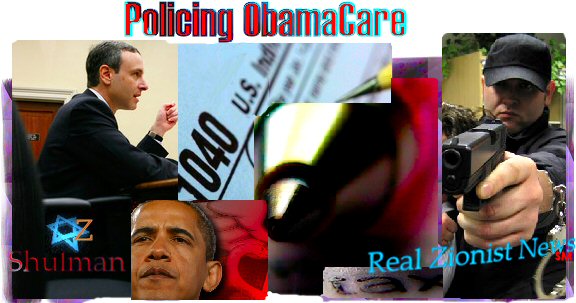 This “individual requirement” is specified in the newly passed Patient Protection And Affordable Care Act/Section 5000A. 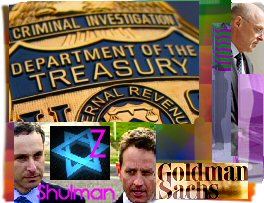 Minimum essential coverage includes various government-sponsored programs, eligible employer-sponsored plans, plans in the individual market, grandfathered group health plans and other coverage as recognized by the Secretary of the Treasury, historically occupied by a Goldman Sachs agent by way of the revolving door between Wall Street and the White House.

While that level of coverage and purchasing cost will be defined at a later date by the Treasury Secretary, it will be the responsibility of the IRS to monitor and punish individuals who do not comply.

Under ObamaCare, every individual is required to report to the IRS on their tax returns, whether they have purchased or provided the required level of coverage AND disclose to the IRS which months, if any, in which they failed to do so.

Individuals who fail to maintain minimum essential coverage will be subject to a penalty equal to $750 (up to $2,250 per household) and will be indexed for inflation after 2016. View IRS Enforcement Of Health Care Bill Here, Here & Here.

The “taxman” responsible for establishing enforcement procedures to be used against “offenders” is none other than a Jew, namely, Douglas Shulman, Commissioner of the IRS. 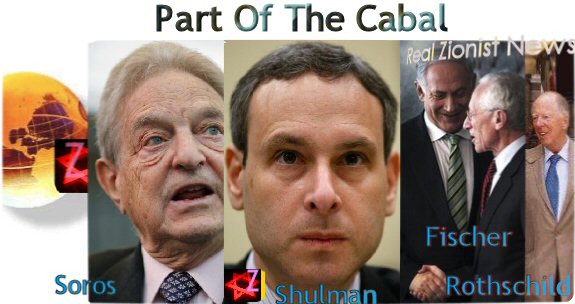 THE JEW DOUGLAS SHULMAN WAS APPOINTED as Commissioner of the Internal Revenue Service on November 21, 2007. Shulman came to the post from being Vice Chairman of the National Association of Securities Dealers which operates the Nasdaq stock market on Wall Street.

Prior to his stint with NASD, Shulman was employed as a private equity investor at Darby Overseas Investments which specializes in “outsourced” investments in the manufacturing of consumer goods (formerly manufactured in America) made in India and Asia.

Shulman has also served as a board member of the Israel Securities Authority, the government body that oversees and regulates the Israeli capital market.

Through his board membership with the Israel Securities Authority, Shulman is intimately involved with the Bank of Israel Governor, Stanley Fischer, who recently hosted the International Council Of Jewish Bankers and Financiers in their first meeting. Their stated purpose for the meeting was “to combat anti-Semitism, xenophobia, and Holocaust denial by all means available to bankers and financiers.” (BRIBERY).

Certainly, ALL means ARE available to these Jewish bankers and financiers with whom the IRS Commissioner, Douglas Shulman, is a “synagogue buddy.” With Jacob Rothschild and George Soros on the steering committee of this Jewish bankers’ association, the entire world’s wealth is at their disposal to subvert any nation they might choose.

Fleecing White Middle-Class Americans, who will be taxed to support Obama’s Health Care and penalizing those who don’t, is all part of the International Jews’ plan to rule over the Gentiles. IRS chief Shulman, part of the cabal, will play his dutiful part. 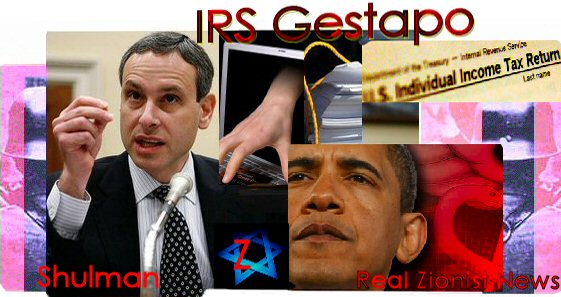 “AN ID NUMBER WILL BE MANDATORY for all those preparing tax returns,” Shulman recently said in his testimony before the House Ways and Means Committee.

“We call the identification number a PTIN, which means, Preparer Tax Identification Number. We hope to get the PTINs up and running by next filing season,” Shulman added.

“There will be people who go underground and we want to find them and make sure they’re not preparing returns,” said Shulman. He remarked that the IRS has already made thousands of visits to preparers’ offices “to remind them of their obligations.”

Shulman said agents will visit thousands of tax preparers. “Some of the visits will be announced ahead of time, others will not. In some visits, agents will pose as taxpayers to see if they get accurate advice,” Shulman warned.

Shulman, acting as “Big Brother,” underlined that taxpayers should avoid preparers who promise larger refunds or those who charge fees based on the size of the refund.

WHAT DO THESE PLANS mean for White Christian Americans of modest means?

Shulman’s plans mean that confidential information given to a trusted tax preparer will be peered into by an IRS agent sent by Shulman himself.

It sounds like the Zionist Tax Police are planning to invade not only our tax preparers but our private thoughts as well. And a Jew will be the chief invader…

And: The Jews Behind Obama’s Health Care Scheme Click Here