Neo-Nazi Rise In Germany Frightens Jews, How The Jews Prompted A German Backlash 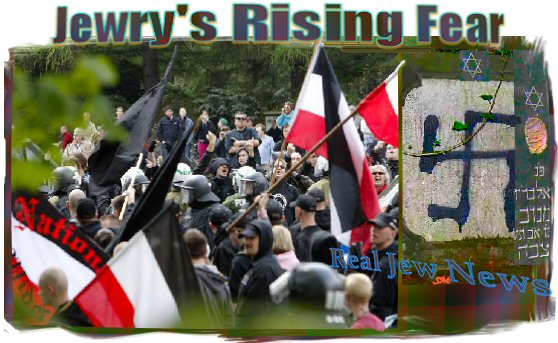 “THE NEO-NAZI SCENE IN GERMANY is growing at an alarming rate and becoming stronger,” reported Der Spiegel on March 19, 2009.

Thus, because of the rise of neo-nazism in Germany, fear and much consternation is mounting amongst the European Jewish community regarding the rise of Neo-Nazi Youth groups.

Analysts of right extremism have warned that Germany’s Neo-Nazi scene is growing and becoming more dangerous.

In an article published by the European Jewish Press on March 31, 2009, entitled, Germany Bans Neo-Nazi Youth Group, the German Jewish community applauded, (yet remains pensive), of the government’s outlawing of a Neo-Nazi group that ran Hitler Youth-style camps teaching German children as young as six years old that “Jews were a threat to the German nation.” 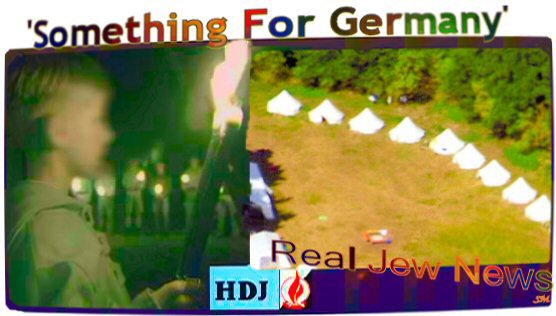 “By organizing supposedly harmless outdoor activities such as summer camping holidays,” the German ministry of police said, “the HDJ had tried to turn children and teenagers into Nazis,” adding that outlawing the group on March 31, 2009, underscored the government’s commitment to fighting the growing element of right-wing extremism in Germany.

The ministry added that “German children of primary school age were schooled in elements of Third Reich theory such as purity of blood and the continuation of the German race with the aim of forming a Neo-Nazi elite.

The youth also took part in military training and stayed in camps with names such as ‘the Fuehrer’s bunker.’” View Entire Story Here, Here, & Here.

THE JEWISH COMMUNITY THROUGHOUT EUROPE is calling for German lawmakers to ‘wake up’ and ‘ban’ all Neo-Nazi groups which have embedded themselves in the German infrastructure, especially amongst the youth. (Jews would ban every “threatening” Gentile organization in the world if they could — except for their own thousands of organizations.)

Indeed, a very nervous World Jewry is taking note that German youth are now suffering from “holocaust fatigue” due to continual studies on the so-called “holocaust” shoved down their throats ad infinitum in public school curricullums — resulting in German youth using the word “Jew” as a common curse word in daily discourse & increasingly distancing themselves from “holocaust hype.”

Yet despite financial difficulties, the Neo-Nazi movement in Germany continues to grow with its compelling lure of “holocaust-fatigued,” (& “de-Christianized,” as the Christ-hating Jews have engineered it), German youth…

And: Jews Now Out For Williamson’s Blood Click Here

And: How The Jews Prompted A German Backlash! Click Here