History Articles, Edgar Degas - An 'Anti-Semite' For Our Times, Dostoevsky & The Jewish Bankers, Solzhenitsyn & The Jews

FEODOR DOSTOEVSKY LEFT US A “PROPHECY” of the threat to Christian civilization by emancipated Jewry.

In his book, Diary Of A Writer, published in 1877, Dostoevsky penned a journal entry, entitled, The Jewish Question. With alarming and frightening foresight, (by which he penetrated into today’s events), Dostoevsky predicted a growing domination over social and political affairs by the Jews with their newly acquired rights:

“The Jews look forward to world domination. This requires them to maintain their own close-knit identity. If the Jews are given equal legal rights in Russia, but are allowed to keep their ‘State within a State,’ they would be more privileged than the Russians. The consequences of this situation are already clear in Europe.” View Entire Article Here (Scroll Down).

Expressing his concern regarding Jewry’s agenda for world domination, Dostoevsky demonstrated how Jewish bankers had taken over Europe by the mid 1800’s:

What is coming is the complete triumph of Jewish ideas, before which, sentiments of humanity, the thirst for truth, Christian feelings, and the national and popular pride of Europe must bow.

And what will be in the future is known also to the Jews themselves: Their reign is approaching, their complete reign!” View Entire Article Here. 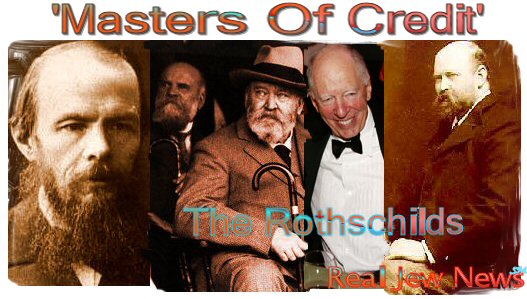 IN LIGHT OF JEWRY’S CONTROL of Europe’s financial & social sphere, Dostoevsky then voiced his fears regarding Jewry’s threat to Russia:

Wouldn’t they turn them into slaves? Worse then that, wouldn’t they skin them altogether? Wouldn’t they slaughter them to the last man, to the point of complete extermination?” View Entire Article Here. 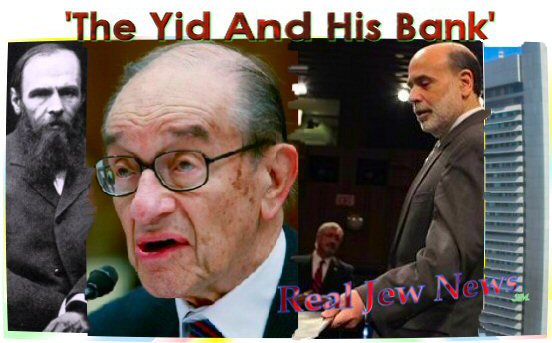 DOSTOEVSKY BROUGHT HIS PROPHECY to a head by predicting that Jewry’s religious dictates, coupled with the control of the “Yid and his bank,” would bring the Gentiles into complete subjugation:

“It is impossible to conceive of a Jew apart from his religion. They are all waiting for their messiah, all of them, from the lowest Yid to the highest and most learned philosopher and rabbi-Kabalist. They all believe that their messiah will unite them in Jerusalem and bring by his sword, all nations to their feet.

The Yid and his bank are now ruling over everything: over Europe, education, civilization, socialism, especially socialism, for he will use it to uproot Christianity and destroy its civilization. And when only anarchy remains, the Yid will be in command of everything.

For while the Jew goes about preaching socialism, he will stick together with his own, and after all the riches of Europe have been wasted, the Yid’s bank will still be there.” View Entire Quote Here & Here.

Scary, Isn’t it? And, Very Much Up To Date Is It Not?
… Brother Nathanael Kapner, A Former Jew, Reporting …


And: The ‘Jewish Question’ Now A Global Issue Click Here

And: Putin’s Purge Of The Rothschild Money Changers Click Here