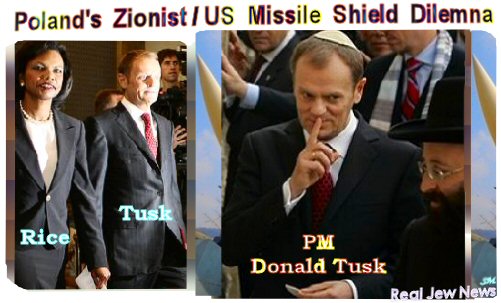 Unique Source: Russia’s Post Game Show @ Rense.com Here
“POLAND’S ALLIANCE OF THE DEMOCRATIC LEFT has called for a national referendum on the deployment of a US missile defense base in the country,” reported Ria Novosti on September 7, 2008.

The Alliance is the largest leftist party in Poland with 55 seats in the 460-member lower house of the Polish parliament.

The agreement to place 10 interceptor missiles in Poland by 2013 was signed on August 20 2008 by Condoleezza Rice & Polish Prime Minister, Donald Tusk. But since the deal has yet to be ratified by the Polish parliament, the Alliance’s spokesman, Tomasz Kalita, is demanding a rationale for the missiles from the government:

“We will insist on parliamentary debates and demand that the government & the president tell us how the US Missile Shield would help Poland.

If our proposal does not gain enough support in parliament, we are ready to start gathering citizens’ signatures all over the country to conduct a national referendum on the US Missile Shield issue” Here & Here (Video).

Over 66% of residents near the Redzikovo military base in northern Poland, where the 10 interceptor missiles will be placed, are against the missile deployment.

Moscow has protested the US missile shield, saying it is aimed at Russia. But the US claims the shield is designed to thwart attacks by what it calls “rogue states,” including Iran. (Read: Israel’s enemies). Moscow has warned it would target its missiles on Poland. 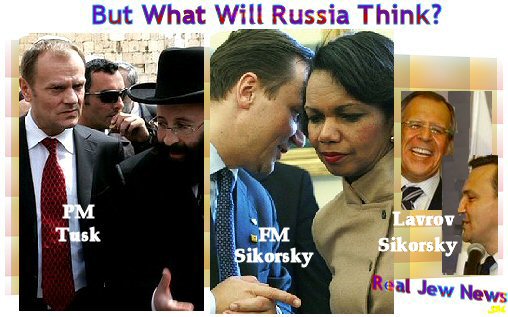 POLES ARE INCREASINGLY CONCERNED about the consequences of provoking Russia. Here is what Polish Foreign Minister, Radoslaw Sikorski, recently said:

“This is an American, not a Polish project. We feel no threat from Iran. Poland should carefully examine the consequences for its national interests and not incur Moscow’s wrath. Here.

Apparently, a difference of opinion is held regarding “Iran’s threat” between Sikorsky & Tusk. During his visit to Israel in April 2008, Tusk affirmed Poland’s alliance with Israel with regard to Iran, saying, “if there are exceptions in Europe with regard to the Iran issue, it is definitely not Poland” Here.

Moreover, on September 11 2008, with Russian foreign minister, Sergei Lavrov, visiting Sikorsky in Warsaw, it appears that the Poles may be placating Russia and distancing themselves somewhat from the US. Lavrov did complain about the missile shield - but he blamed the US for trying to build a NATO ring around Russia. He said Poland itself was no threat to Moscow. 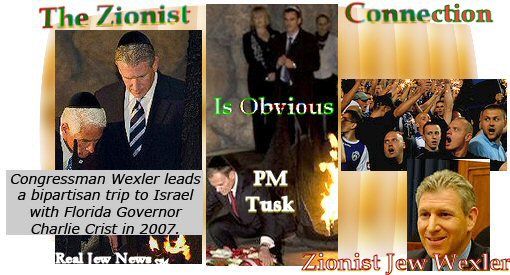 A GROWING ENMITY BETWEEN POLES & JEWS continues to fester in the “restitution” debate regarding the so-called “Jewish Holocaust.”

In June of 2008, US Congress drafted Resolution 371 demanding that restitution and compensation be made to Holocaust victims by the current government of Poland. The sponsor of Resolution 371 is the Jew, Rep. Robert Wexler, of Florida.

Many Poles are up in arms over Resolution 371, saying that the US has no business interfering in the affairs of their sovereign nation.

Furthermore, indignant Poles are countering the “Holocaust argument,” by pointing out numerous distortions of historical facts that were made in the Resolution.

The Zionist-Connection Between Poland & The US Is Obvious.
I Recommend That the Poles Ally Themselves With Christians.
Russia Is A Christian Nation. But Sadly, America Is Not…