Russia’s Threat To The Zionist West 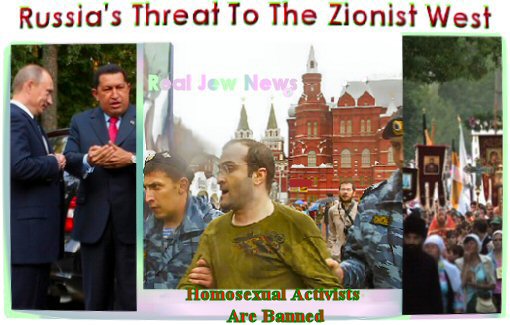 Once again, Russian homosexual activists attempted to display their sexual lifestyle in Moscow’s public square in May of 2008. However, Russian authorities banned this latest attempt at popularizing what most Russians consider perversion and unnatural and disease transmitting sexual practices.

Russia is very concerned about the use of its streets as a forum for promoting minority sexual behaviours. Unlike the scores of Gay Pride Parades which most Russians feel defile the streets of the Zionist media and lifestyle controlled West,

Russians often engage in Orthodox Christian religious or political demonstrations which are considered welcome and normal expressions of a healthy, vibrant society.

Recently, on July 17 2008, tens of thousands of Russian Orthodox Bolshevik-hating patriots marched in St Petersburg & throughout Russia in the 90th anniversary of the murders of Tzar Nicholas II and family.

This kind of demonstration is considered honorable by the majority of Russians who find the ‘gay’ lifestyle emblematic of the decline of Western culture at the hands of a complete Zionist-run media domination of the West.

“All about us we can see that the West is passing away,” observes American political analyst Pat Buchanan, a view widely held by Russians of all walks of life.

At the same time Russia is opposing the Zionist West by flexing its massive oil reserves as a lever to wield Russian influence around the globe. 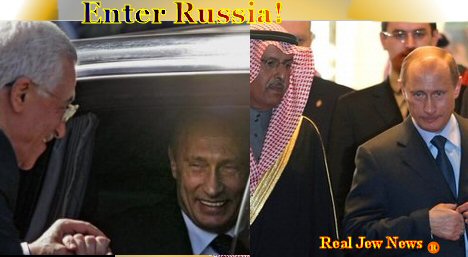 Coming from Munich where Putin delivered his famous anti-American speech Putin paid a visit to Saudi Arabia and US allies Jordan and Qatar in February of 2007.

At his visit Putin announced a Russian Middle Eastern policy at odds with Washington’s in an interview with Al Jazeera:

— “The world must establish a balance of power to protect against unconstrained power in the Middle East.

I do not understand why Europe and the US think that they have the right to impose their standards on others. Standards that are imposed from the outside lead to tragic consequences and the best example of this is Iraq.” — Here & Here

In a recent Middle East development Putin met with Mahmoud Abbas on April 19 2008 to discuss plans for a Middle East Peace Conference hosted by Russia. Could it be that soon the Zionist West will not be the only major player in the Middle East equation? 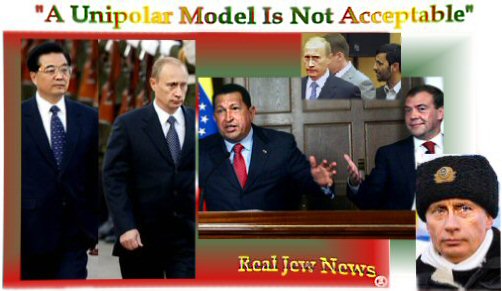 RUSSIA ON THE MOVE
Better Watch Out Zionist West - Russia Is Coming At You
Recently:


And: “Why Jews Fear Putin As Prime Minister” Click Here

And: “Putin’s Purge Of The Rothschild Moneychangers” Click Here