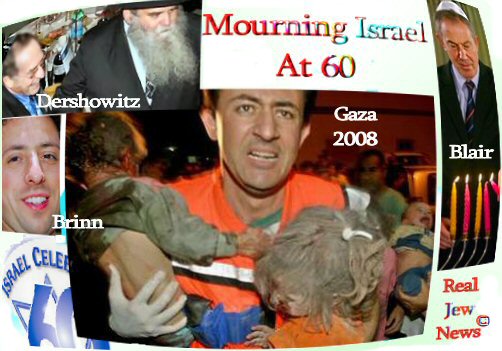 Here Is A List Of Some Of The Invites:

Henry Kissinger: Former US Secretary of State. Kissinger is charged with War Crimes throughout the globe. Kissinger checks with his lawyer before he travels to make sure he will not be arrested at his intended destination.

Tony Blair: Former Prime Minister of England. Blair had as his chief fundraiser the wealthy Zionist businessman Michael Levy. Levy’s close friend during Blair’s administration was the Information Chief of Israel’s Foreign Ministry in England, Gideon Meir. Levy agreed to use his influence to get Blair elected so long as Blair support Zionist agendas Here.

Just before the 1997 election in which Blair became Prime Minister, Rupert Murdoch’s News Corp. (which dominates the British Media) lavished support for Blair while attacking the Conservative Party on a daily basis. Thus Blair was elected in a landslide Here.

Alan Dershowitz: Harvard Law Professor. Dershowitz has a chair on the Israeli Assassination Committee that reviews evidence before terrorists are targeted and killed. Dershowitz favors assassinations of ‘terrorist’ leaders, who, as he states it: “are involved in planning *or approving* murderous activities.”

Sergey Brinn: Founder of Google. Israel is courting Brinn to influence him to censure criticism of Israel and Jews on Google Search, You Tube, and Google Forums Here & Here.

Elie Weisel: He’s the great cheerleader ad nausem of “Remembering The Holocaust.” Weisel crafts articles and speeches about oppression, genocide, and man’s inhumanity to man. Yet when asked about the oppression of Palestinians by Israel he dismisses the subject claiming, “I cannot say bad things about Jews” Here.

— More and more Palestinians are uninterested in a two-state solution because they want to change the essence of the conflict from an Algerian paradigm to a South African one. From a struggle against ‘occupation’ to a struggle for ‘one-man-one-vote.’ That is a much more popular and powerful struggle. For us it would mean the end of the Jewish state” —
Here
.

— Within one or two decades Muslim and Christian Arabs in Israel will outnumber Israeli Jews. Israelis will be forced to be either a Jewish state or a Democratic state. If Jewish, a Jewish minority will control a land mostly inhabited by Palestinians. If Democratic, Arabs will form the majority and the Zionist dream on which Israel is founded will end.


And: “State Of Israel Is NOT Biblical Prophecy” Click Here