From Cohn To Cohen In Trump’s Camp 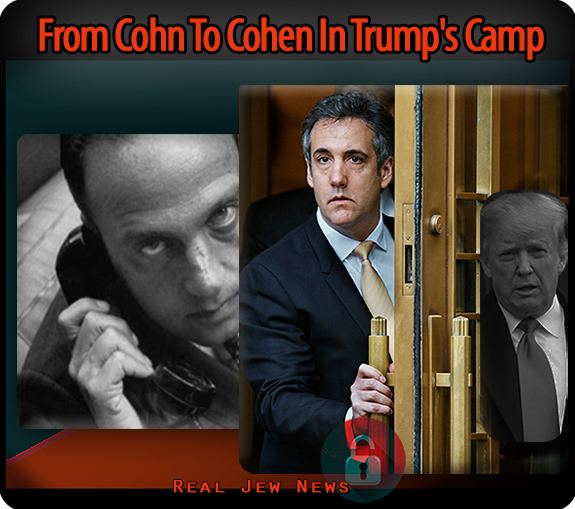 ROY COHN, JEWISH HOMOSEXUAL MOBSTER, mentored Trump and taught him everything he knows and then some.

Forged in 1973, the kinship began when Cohn defended the 27-year-old Trump against a federal racial discrimination lawsuit.

Cohn filed a counter-suit accusing the DOJ and FBI of engaging in ‘Gestapo-like tactics’ and labeling the investigators as ‘undercover agents’ and ‘storm troopers.’

Against his father’s wishes, young Trump set his eyes on Manhattan, a real-estate market owned by Jews and operated by the Italian mafia construction business, hoping to expand his persona into a NYC superstar.

He soon hooked up with Cohn who taught Trump that the New York Establishment would ignore unscrupulous acts to serve its interests.

Every single public defense and attack tactic Trump uses now, along with his business law ethics, he learned from Roy Cohn, whose entire legal ethic could be summed up as “F—the legal system!”

Carting the lesson-plan over to a presidential chalkboard gets a little chalky since the Jew-owned media sticks its hooked nose into legislative affairs and throws a media matzah ball into the Beltway borscht. 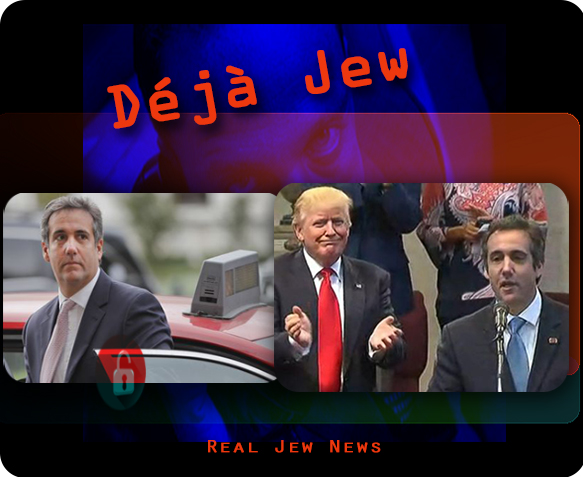 Cohen was no occasional attorney for hire.

He was a vice-president of The Trump Organization and counsel to Trump. He previously served as co-president of Trump Entertainment and was a board member of the Eric Trump Foundation, a children’s health charity.

Then from 2017 to 2018, Cohen was deputy finance chairman of the Republican National Committee. The Jew had risen to high places in his tribe’s political palace. Cohen was no political small-fry.

And with an office next to Trump’s for 12 years, there’s little doubt that Trump did some ‘mentoring’ of his own, passing on the lesson-plan of mobbed-up Roy Cohn.

Michael Cohen learned how to lie for Trump and brazen it out as Donald’s pit bull when Trump came under scrutiny or got into trouble.

Cohen did plenty of murky, if not downright dirty, work for the Trump clan, both making and involved in mafia contacts and international business deals.

Cohen’s full representation for the Trump business orbit is little known, (but one can guess), for that which has been made public only relates directly to the core national security question of the hyped-up “Russiagate.”

Too bad the same kind of national security scrutiny isn’t paid to Israel and the Jewish Lobby.

“Russiagate” should be “Israelgate.”

It is right there in plain sight, and has been all along.

*View UNCENSORED on my Own Channel Here

When Trump Makes A Deal Here